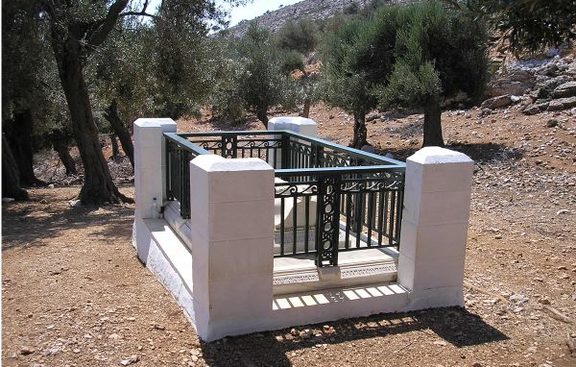 Frederick Septimus Kelly came from a wealthy Sydney family, and was educated in England at Eton and Oxford. He was gifted as an athlete, as well as musically, and won an Olympic gold medal in 1908, rowing for England, so he seemed destined for a rich and fulfilling life. When war broke out, he was commissioned into the Royal Naval Volunteer Reserve, with his friends, including the poet Rupert Brooke. Brooke died from septicaemia as they were on the way to Gallipoli, and Kelly began his In memoriam Rupert Brooke a matter of days later, after landing at Gallipoli. He finished the work in hospital in Alexandria, recovering from wounds.

Kelly was present at the burial of Brooke, in the dead of night on the island of Skyros, and when he had finished the work, he said he felt that as well as the poet’s character, it suggested the Greek surroundings, and also the rustling of the olive tree which bends over his grave. Kelly was wounded twice at Gallipoli, and was awarded the Distinguished Service Cross. He  was killed in action during the last phase of the battle of the Somme at Beaucourt-sur-Ancre on 13 November 1916. He was 35.