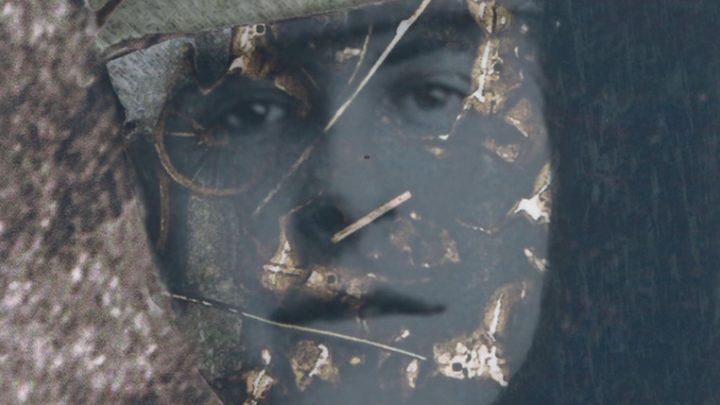 One of Tim Gruchy's projected images that accompanied the performance of 'Face' Photo: Tim Gruchy

This new work has been commissioned jointly by the Auckland Philharmonia Orchestra and the BBC Symphony Orchestra from Ross Harris. And he's set a libretto by Vincent O'Sullivan dealing with the trauma of facial injuries suffered by soldiers in World War 1 and the pioneering of Sir Harold Gillies, the New Zealander who became the father of plastic surgery.

This is a multimedia work and in the hall behind the performers, the audience saw projected images created by Tim Gruchy, based on an original artwork by Barry Cleavin.

To commemorate a war assumes we are speaking of an event that began and ended on defining dates. And so, history ‘remembers’. Yet, for many of those not killed in these years, and especially those with facial wounds, survival meant, for the rest of their lives, not yet an end. As the WWI centenary approaches its conclusion, it is these that Face has in mind – no matter how many men there were, it always comes down to the story of the solitary enduring man, who survives as something other than what he hoped to be.

These symphonic songs and choruses weave the various experiences of anticipation, and loss, hope deferred and then despaired of, in the voices of a soldier, his fiancée, the damaged human psyche, and the best intentions of science to reconstruct what ingenuity has already had marred. The work is a homage to ‘this image of Adam’ – as he was, as we attempt to restore.