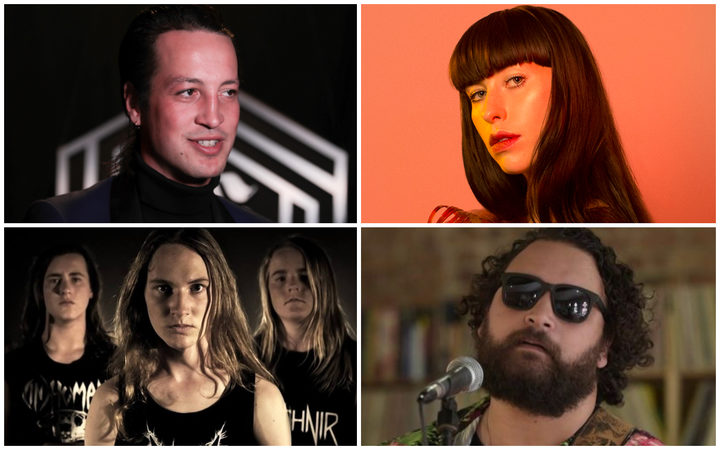 Marlon Williams has won Best Solo Artist and Album of the Year for his 2018 album Make Way For Love at tonight's NZ Music Awards.

Check out RNZ's live coverage of the ceremony here.

After winning Best Music Video for ‘Vampire Again’ at the Artisan Awards in Wellington last week, as well as his 2015 awards for Best Male Solo Artist and Breakthrough Artist of the Year, Williams now has five Tuis to his name.

Earlier in the year he won the country’s top songwriting award the Silver Scroll.

After kicking the ceremony off with a performance of their song ‘Kai Tangata’, Alien Weaponry won Best Rock Artist. Their debut album Tū in June reached #5 on the New Zealand album charts, and since releasing it the band have had a whirlwind year of international tour and success.

Onehunga crew SWIDT won Best Hip Hop Artist, their second NZ Music Awards after winning Best Group in 2017. The group were famously offered the Trophy for Best Urban/Hip-Hop artist in 2016 by Aaradhna after she refused to accept it.

Wellington's Drax Project took home Breakthrough Artist of the Year and Single of the Year for ‘Woke Up Late’.

The 2018 International Achievement recipient was Brooke Ligertwood aka Brooke Fraser.

Ligertwood’s albums have been certified 15x Platinum in NZ, and her recent work with worship group Hillsong earned her a Grammy earlier this year.

The ceremony, held at Auckland’s Spark Arena, included performances from Six60, Alien Weaponry, Robinson, Drax Project, JessB, Sons of Zion, a special In Memoriam performance by Stan Walker and a tribute performance by Che Fu and The Kratez for the 2018 Legacy Award recipient Upper Hutt Posse.