Marlon Williams continues his great run of awards, winning the Tui for the Best Music Video at this year's New Zealand Music Artisan awards, which took place in Wellington on Monday.

Having already claimed the country's top songwriting award – the Silver Scroll – for his broken-hearted ballad 'Nobody Gets What They Want Anymore', Marlon Williams was recognised for his music video direction for 'Vampire Again'.

Williams' run of good fortune may continue, as he is a nominee in another three categories at the Vodafone New Zealand Music Awards next week: Album of the Year for his 2018 release Make Way For Love, Best Solo Artist and Best Alternative Artist.

The awards were held in Wellington for the first time this year and were a much bigger event than in previous years. Highlights included: Prime Minister Jacinda Ardern presenting the Music Teacher of the Year award; a performance from Jon Toogood's collaborative group, The Adults, featuring Estere, Raiza Biza and others; and Wellington Paranormal's officers O'Leary and Minogue undertaking hosting duties.

Design team Jaime Robertson and Matthias Heiderich were awarded the Tui for Best Album Cover for their work on Sola Rosa's 2018 EP In Spaces. Their artwork was recognised for "matching the sound perfectly" with the new direction on this latest release from the electronic artist. 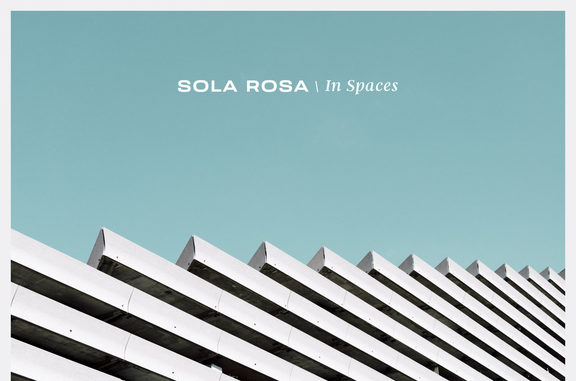 Roundhead Studio, and former RNZ sound engineer, Simon Gooding was recognised for his work alongside Jordan Stone on Neil Finn's Out of Silence. The duo won the Tui for Best Engineer for capturing Finn's live-streamed recording of his latest release.

READ/WATCH:Neil Finn on Out of Silence - "I wanted a kick-ass-campfire sing-along vibe"

Simon Gooding who also claimed the Tui for Best Producer with Shihad's Tom Larkin and Hammerhead for their combined effort on Tū, the debut album from teo reo thrash metallers Alien Weaponry.

The inaugural Music Teacher of the Year Tui was awarded to Elizabeth Sneyd, who was recognised for her work with Virtuoso Strings Orchestra in the Wellington suburb of Porirua. Sneyd is the director of the charitable trust that provides free instruments and tuition to students at low decile schools in the area who want to learn to play in their Strings Orchestra.

The judging panel were especially impressed by Sneyd creating her programme "from scratch" and "her commitment to ensuring the programme will last well beyond her involvement, and her well-articulated vision for music to enable a more socially just and inclusive Aotearoa.”

Recorded Music New Zealand CEO Damian Vaughan said it was a privilege to honour those in New Zealand’s music community who put in so much work behind the scenes.

“We love celebrating the work and achievement of these incredibly important heroes of our music industry at the Artisan Awards.

“Their expertise and involvement in the creative and recording process of Kiwi musicians is invaluable and essential to crafting the New Zealand sound we all love – as well as fostering the next generation of Kiwi artists.”

The awards were held at Massey University's Te Rewa O Puanga - the School of Music and Creative Media Production and was hosted by Officers O'Leary and Minogue from local comedy television series Wellington Paranormal.

Music Teacher of the Year:

*Next week's Vodafone New Zealand Music Awards will be broadcast live on TV Three on November 15 from 8.30pm.