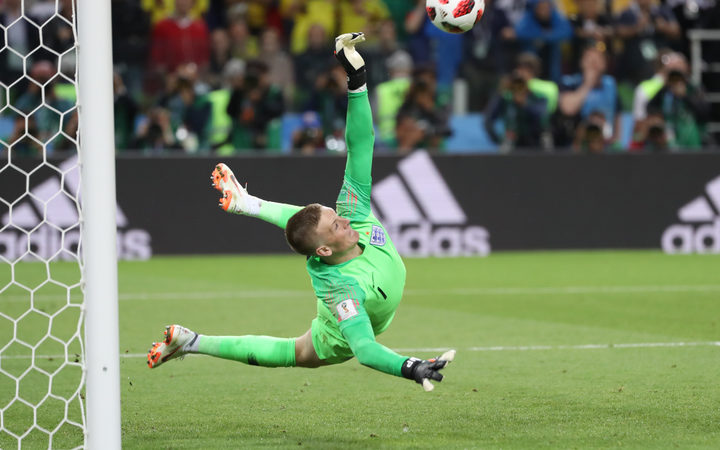 Pinch yourself, because England have just won a penalty shootout.

By edging Colombia this morning in their round of 16 clash, it represents the first shootout win in a major tournament for England since 1996, and the first World Cup shootout win ever.

Celebrating on the sidelines was England coach Gareth Southgate, who momentarily forgot about his dislocated shoulder and wildly threw his arms in the air.

Southgate himself has become synonymous with crumbling under pressure. His miss in the 1996 European Championships - a tournament England hosted - is one of many to go down in ignominious legend.

Gregorius says a penalty miss can haunt a player.

“I’ve had teammates go through the same thing - be consistent penalty takers then miss one and never take another one,” she says.

“The moment is so slowed down, players can get inside their own heads and it can be their undoing.”

Thompson, however, is sceptical about England’s chances.

“My expectations are under control, despite the fact they have a fantastic potential run to the final, but even Sweden might be a bit beyond them,” he says.

“I just think England lack a bit of flair and incisiveness and at one point they’re going to face a much better performance.”

“To be able to win ugly can inspire a lot of confidence.”

And if England can win a penalty shootout, surely anything’s possible?

Also in the episode, the team wraps up wins for Sweden, Brazil and Belgium, and deliver more stirring eulogies for the sides now eliminated from the tournament.

You can subscribe to Squeaky Bum Time on radionz.co.nz on the podcasts and series page, or on iTunes or Spotify