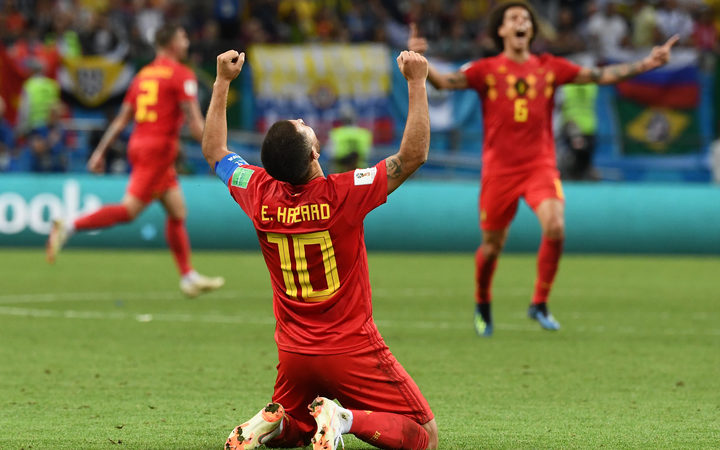 When, a few days ago, Russian president Vladimir Putin said the FIFA World Cup had broken stereotypes about the country, a few eyes rolled to the back of heads.

“People have seen that Russia is a hospitable country, a friendly one for those who come here,” he told a meeting with FIFA officials.

This is Russia - a country with a poor human rights record, including oppressive legislation towards LGBT people, and where the word “free” is removed from free press.

Early, an Irish journalist and a host of the Second Captains football show, has been based in Russia for the tournament, which he says has given him a good impression of the country.

“What is the average person’s perception of Russia? A grey, shabby, grim country that hasn’t really recovered from the Cold War,” he says.

“But the country Russia most reminds me of is the United States. If you’re in New York or Los Angeles, you could be in a completely different country than if you went to the middle.”

He says conservatism is rife in the more rural areas, just as in the US where there’s a stark difference in social values, yet the country has been very welcoming and proved a great host.

The country’s legislative record and poor relationship with the rest of the world has led to a declining currency, “but if you’re a fan on a World Cup holiday and you find the beer and food is half price - even if the reason is a bad one - it’s an absolute dream,” Early says.

He does say, however, that things would be a little different in terms of the atmosphere if there wasn’t a major sporting event happening, but the country’s positive attitude to tourism draws comparisons to New Zealand.

“Because they’re small countries separated from the rest of the world by water, Ireland and New Zealand both want foreigners to think well of the country. Other countries, like the US and the UK don’t really care,” he says.

“And while Russia is certainly a big country, there’s a sense that locals do want tourists to think well of them.”

Also in the episode, France Football correspondent and author, Philippe Auclair, and Mediawatch presenter, Colin Peacock, join to recap the weekend’s action, and look ahead to the semi-finals.

You can also subscribe to Squeaky Bum Time on iTunes and Spotify.