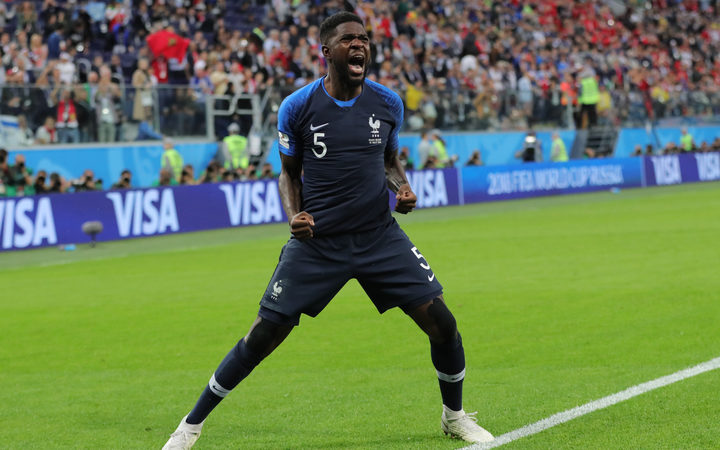 England or Croatia are a game away from a World Cup final - speak those words out loud.

Tomorrow morning they clash at Moscow’s Luzhniki Stadium in the most unlikely semi-final since South Korea were narrowly beaten in 2002.

But which underdog should be considered the favourite?

In the latest episode of Squeaky Bum Time, hosts Emile Donovan and Max Towle are joined by Football Fern Sarah Gregorius and the podcast’s button pusher, Producer Zen, to try to answer the question.

“I don’t think we can emphasize enough just how tired Croatia looked in their last game against Russia - they’ve now had to play two exhausting games that have gone to extra time,” he says.

“Croatia look weak at the back … England should relish their set-piece opportunities.”

“They haven’t really been challenged so far in this tournament. Croatia on paper is by far the strongest team they’ll have come up against, and it’s a World Cup semi-final. Croatia will be ready.”

Croatia also have one of the most vaunted midfield partnerships in world football in Luka Modric and Ivan Rakitic. Producer Zen says they’ll be key.

“Their ability to control a game, and control the pace of a game, is different to anything England has come up against before,” he says.

“The other big thing is experience - they’ve got Champions League winners and a number of players who have competed in some of the biggest club games.”

But if England lose, Gregorius doesn’t reckon there will be the usual outpouring of anger and devastation that usually follows the country’s exit from a major tournament.

“England are in bonus-land right now - the fans are still pinching themselves.”

Also in the episode, the panel rate this morning’s first semi-final, a tight 1-0 win for France over Belgium, and analyse Cristiano Ronaldo’s incredible transfer to Juventus.

You can subscribe to Squeaky Bum Time on iTunes or Spotify.