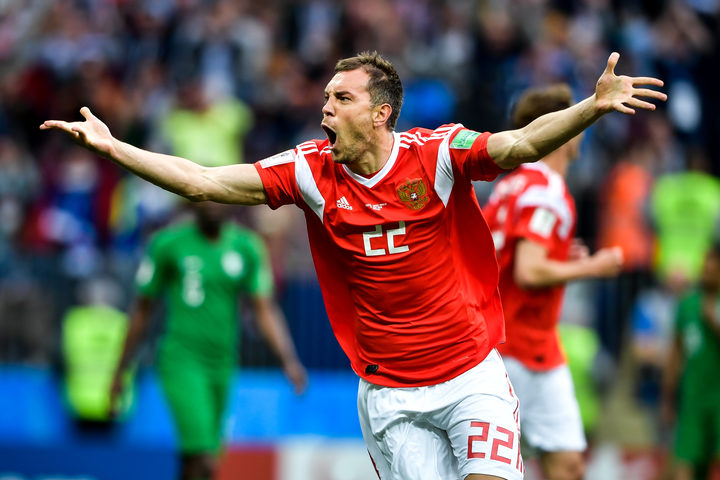 England expects, but not quite as much this time.

That’s the feeling among fans, pundits, and most surprisingly, the country’s media ahead of this FIFA World Cup.

In the second episode of Squeaky Bum Time: A Football World Cup Podcast, - the The Totally Football Show's Iain Macintosh, says there is an odd bubble of optimism around his home team.

“In comparison to previous tournaments, the expectations of media is nowhere near as high.”

In the past, he says English newspapers, websites and blogs have taken a tall poppy approach to the team.

They talk the side up, before relishing their failures in major tournaments.

“I think it relates to the national mentality of not wanting people to get too far ahead of themselves, and considering our lack of sporting success, that shouldn’t really be a danger,” he says.

A recent example has been the treatment of England’s winger, Raheem Sterling, who has been the target of skewed tabloid reporting.

Would Sterling, a successful young black man who earns almost NZ$350,000 per week at his domestic club, receive the same treatment if he were a white player from a similar working class background?

Not so, says Macintosh.

Last month there were calls for Sterling to be dropped from the squad because of a tattoo of a gun on his leg.

He later revealed the reason behind the ink: his father was shot and killed when he was two.

“In defence of the media, generally, sport journalists act in a different way to the front end journalists, and the recent case of Raheem Sterling is a good example,” Macintosh adds.

RNZ Mediawatch presenter Colin Peacock says there’s an interesting comparison to be made with the All Blacks. While New Zealand media can be critical, it generally wants the team to succeed.

“While there may be a few contrarian columnists who rail against them, it’s partly because the All Blacks is such a huge brand and business, and the media has a sort of codependency on the team,” he says.

“Imagine how much it would help an England player if he didn’t have to fear being crucified by the media if he failed to perform.”

Also on the episode, Max and Emile recap Russia’s 5-0 mauling of Saudi Arabia, the World Cup’s opening ceremony, and discuss different crises facing Spain and Portugal. Later, they debate which group has the best cuisine.

(1:58)… Max, Emile and Colin wrap up the latest goings on at the World Cup, including Russia's 5-0 mauling of Saudi Arabia and the strange scenes at the opening ceremony

(13:02)…The Totally Football Show's Iain Macintosh weighs in on England, and the weight of an expectant media and fan base

(27:10)… Richard Tindiller joins to talk French football and which World Cup group has the best cuisine