The 2019 kākāpō breeding season successfully weathered the aspergillosis crisis, with 72 chicks reaching the milestone of 150 days. Seventy of those juveniles are still alive, although two juveniles subsequently died from late cases of aspergillosis.

Since September 2019 the kākāpō population has remained steady at 211 birds.

This is a huge increase from the 148 birds that were alive in December 2018, when kākāpō on Whenua Hou and Anchor Island began their breeding marathon.

Kākāpō did not breed in 2020. The kākāpō team at the Department of Conservation has just been surveying rimu trees on the southern kākāpō islands and determined that there will be no breeding there in 2021 either.

As each juvenile from the 2019 breeding season reaches its first birthday it receives its new name, which replaces its chick code. Queenie-3-A-19 (Queenie’s third egg from her first clutch in 2019) was named Alison, after Alison Ballance (Queenie was named after Alison’s mum).

Join Alison Ballance, Deidre Vercoe, Andrew Digby and Daryl Eason for part 8 of Voice of the Kākāpō, the final instalment of an audio adventure following the rollercoaster ride of the 2019 kākāpō breeding season. 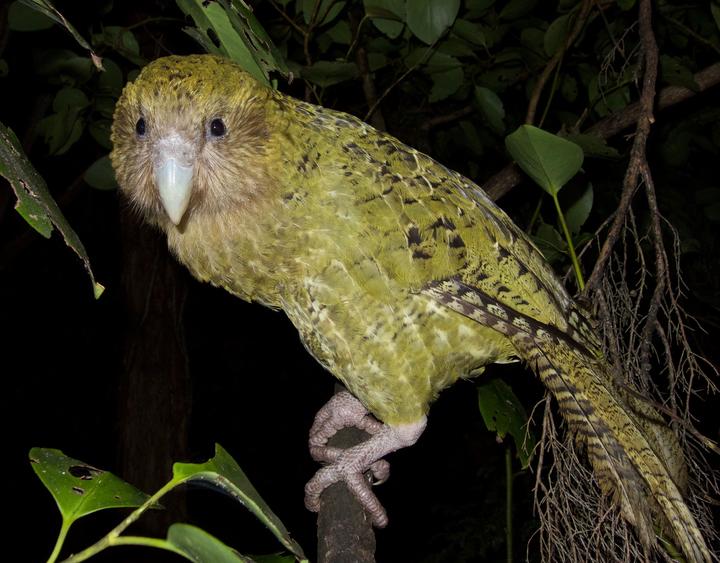 If you would like to know more about kākāpō and find out all the new kākāpō names, check out the Kākāpō Recovery Programme on Facebook and Instagram. Kākāpō scientist Andrew Digby is on Twitter. Or check out the book Kākāpō - rescued from the brink of extinction by Alison Ballance.

Listen to the full series

Voice of the Kākāpō 3: Nest checks

Voice of the Kākāpō 4: Promise

Voice of the Kākāpō 5: Kākāpō sperm takes to the air

Voice of the Kākāpō 6: Kākāpō chicks

Voice of the Kākāpō 7: Dark days