Kākāpō have been rescued from the brink of extinction and are now thriving on Whenua Hou / Codfish Island, an island sanctuary off the northwest tip of Rakiura / Stewart Island.

In late 2018, the kākāpō rangers knew all the signs were good for a breeding season – the only question was how big would it be and when would it start?

Join Alison Ballance on an audio adventure through the biggest kākāpō breeding season on record, and join the rangers in the field as they discover a kākāpō nest. 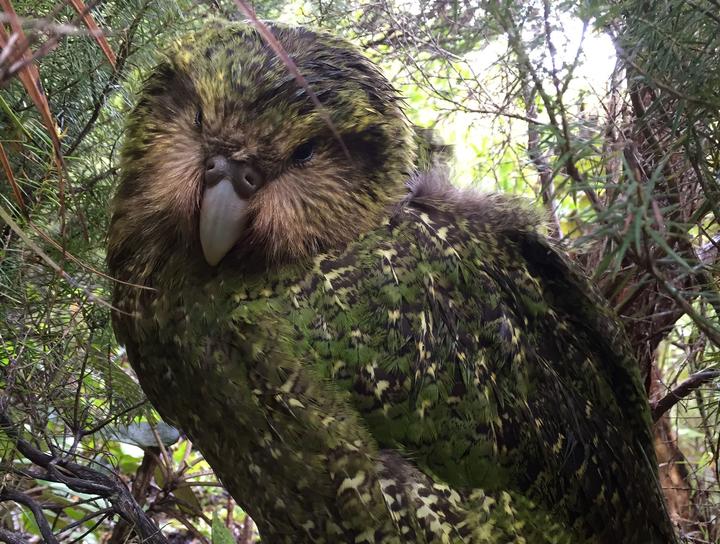 Tutū is one of 73 chicks that successfully fledged during the 2019 kākāpō breeding season. Her name means to stand out or be prominent. Photo: Bryony Hitchcock / DOC

You can subscribe to the Kākāpō Files as a podcast - for free - at Apple Podcasts, Spotify, Stitcher, Google Podcasts, iHeartRADIO and RadioPublic.

Listen to the full series

Voice of the Kākāpō 3: Nest checks

Voice of the Kākāpō 4: Promise

Voice of the Kākāpō 5: Kākāpō sperm takes to the air

Voice of the Kākāpō 6: Kākāpō chicks

Voice of the Kākāpō 7: Dark days