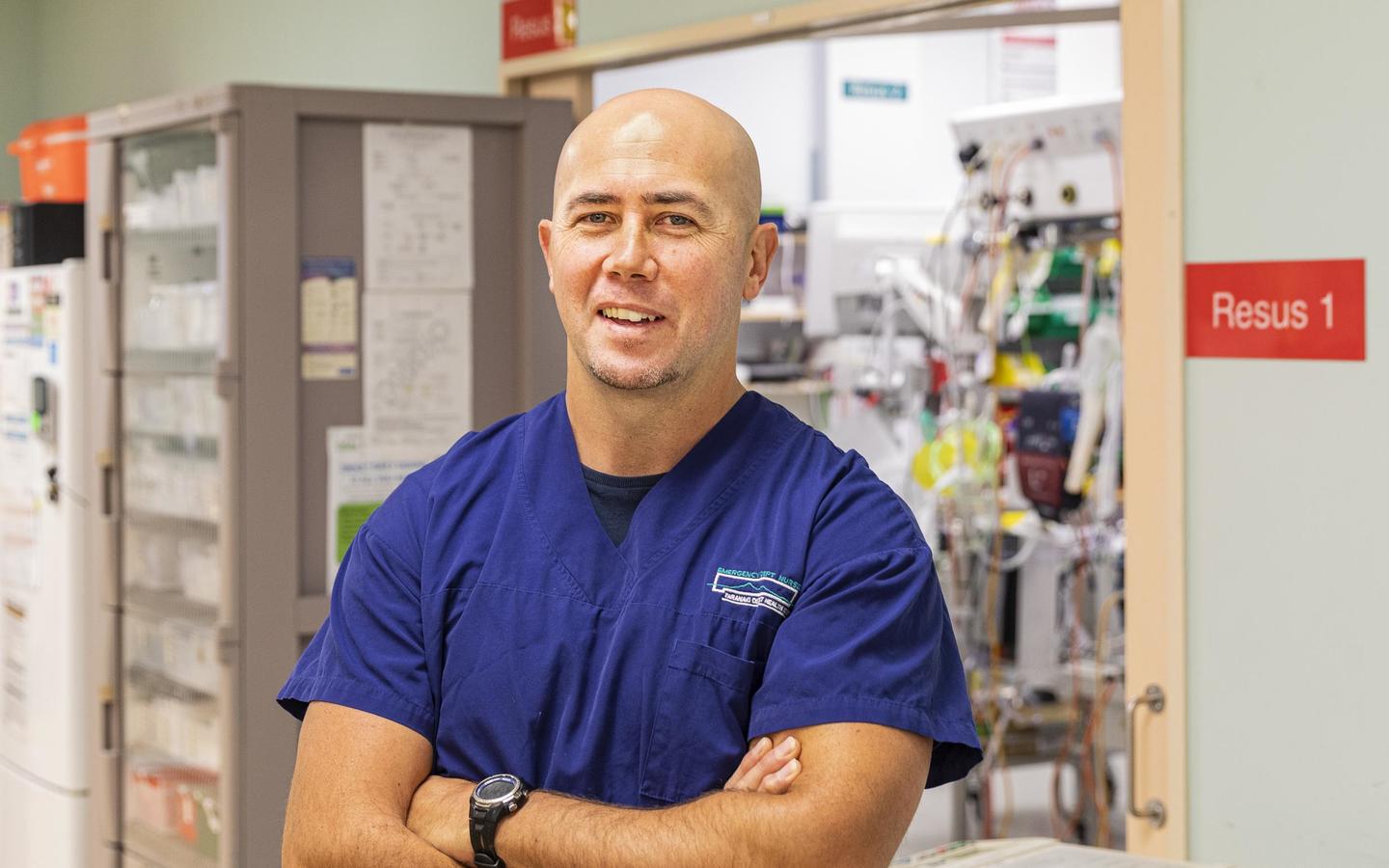 "In our wedding vows my wife and I promised to make each other laugh every day. I guess I’m a bit of a joker, I think my colleagues see me as a bit of a clown.

I’ve been nursing for 22 years. My mum’s a nurse, but it was my dad who convinced me to go into it. He thought it was a better option than being a carpenter like him. After my training I did 11 years in neurosurgery in Auckland, which is where I met my wife. We moved to New Plymouth in 2008, and I went into emergency department nursing. That was scary, because it’s so changeable. Neurosurgery nursing was very specific, but in ED you have to be a jack of all trades. I used to really fear the unknown, but I like the teamwork that emergency nursing requires, and I like the pace. It’s tough because it’s always busy, but there’s great camaraderie and we always seem to manage somehow. That’s why laughter is so important, you need a 20-second distraction from reality.

You really learn to look at people differently when you’re a nurse and you develop a lot of tolerance. When I moved into emergency nursing I was blown away by the prevalence of mental health problems, I had to learn how to deal with those issues and how to talk to people. You need to get as much information out of people as possible in a way that’s OK for them. No one wants to be there. 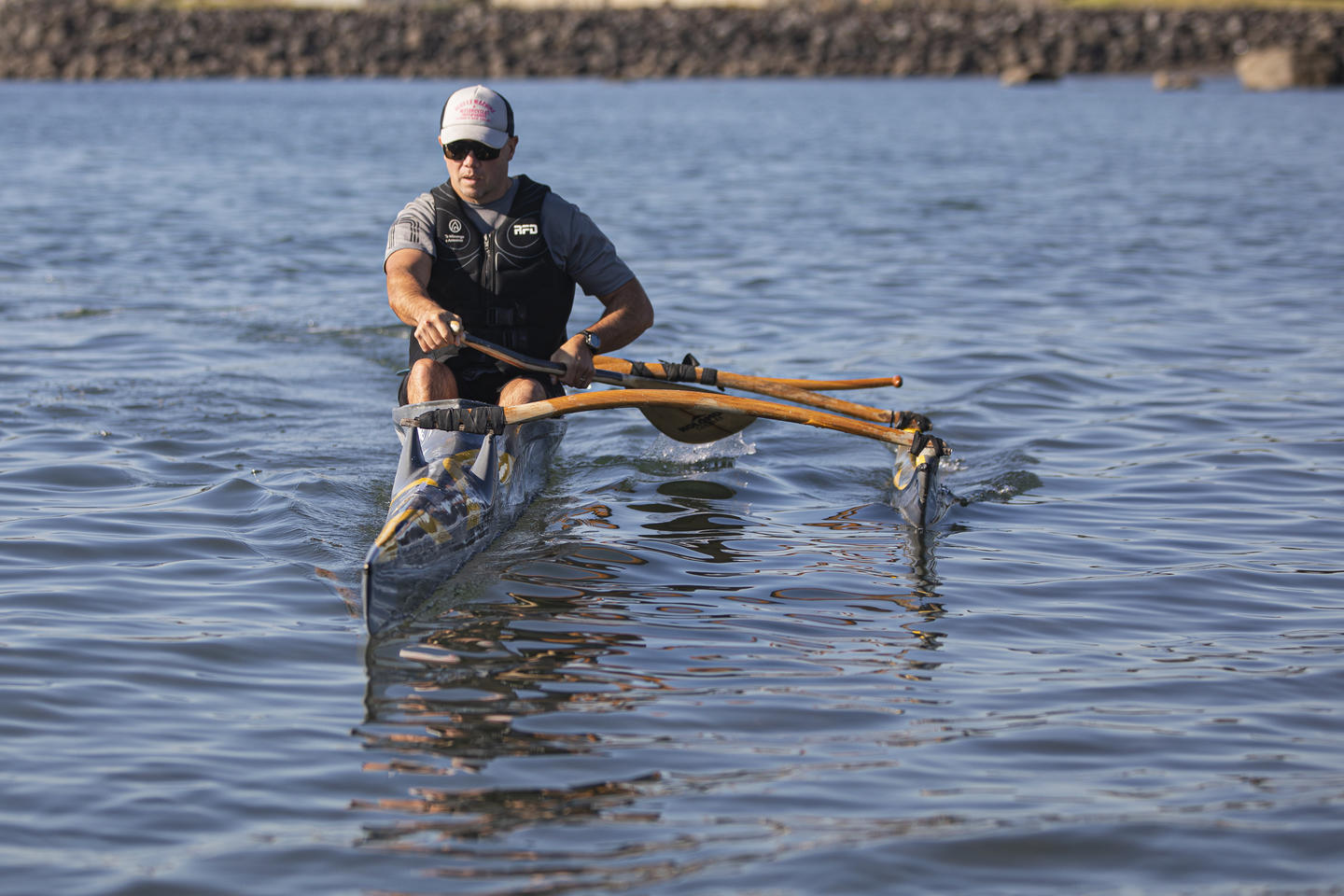 My brother got me into waka ama about eight years ago. I got into it for fitness mainly, because I was on the heavy side and heading to my 40s. It’s funny because I’m not really a water person. I get sea sick, so I’ve never been a boatie or been into fishing. With waka I got hooked right off the bat. I loved that it was a team sport, but you could also do it as an individual, and I’ve been doing it ever since. I got my four kids into it and my wife paddles, so we make up a team all by ourselves. My wife’s mother does it too, and she’s still a very competitive paddler at 70. It’s sort of taken over our lives. A few years ago, my wife and some friends started our own club. It’s been amazing to see the transformation in people who you would never think would take up a competitive water sport. It’s awesome seeing their confidence grow. Me or my wife are always filling in for people if they need an extra paddler, but often after work I’ll go down for a paddle by myself. It’s nice just to get out there.

The thing I love about waka is that anybody can do it. You don’t have to be a big, elite paddler to get into any competitive events, it’s the complete opposite. It’s very inclusive and it has an amazing whanau atmosphere. For me, seeing guys in their 70s still paddling is great because I know it’s a sport I’m going to be able to keep doing.

In ED you meet some amazing people who are going through hell. Work always reminds me what to be thankful for. Not long after my third son was born the ambulance brought in a two-month-old baby, just as we were going off night shift. It was clear that the baby wasn’t going to make it, but everyone pulled out all the stops, to no avail. I remember getting home and picking up my son and just rocking him in my arms, telling him how much I loved him. Seeing the bad stuff makes you so grateful for what you have.