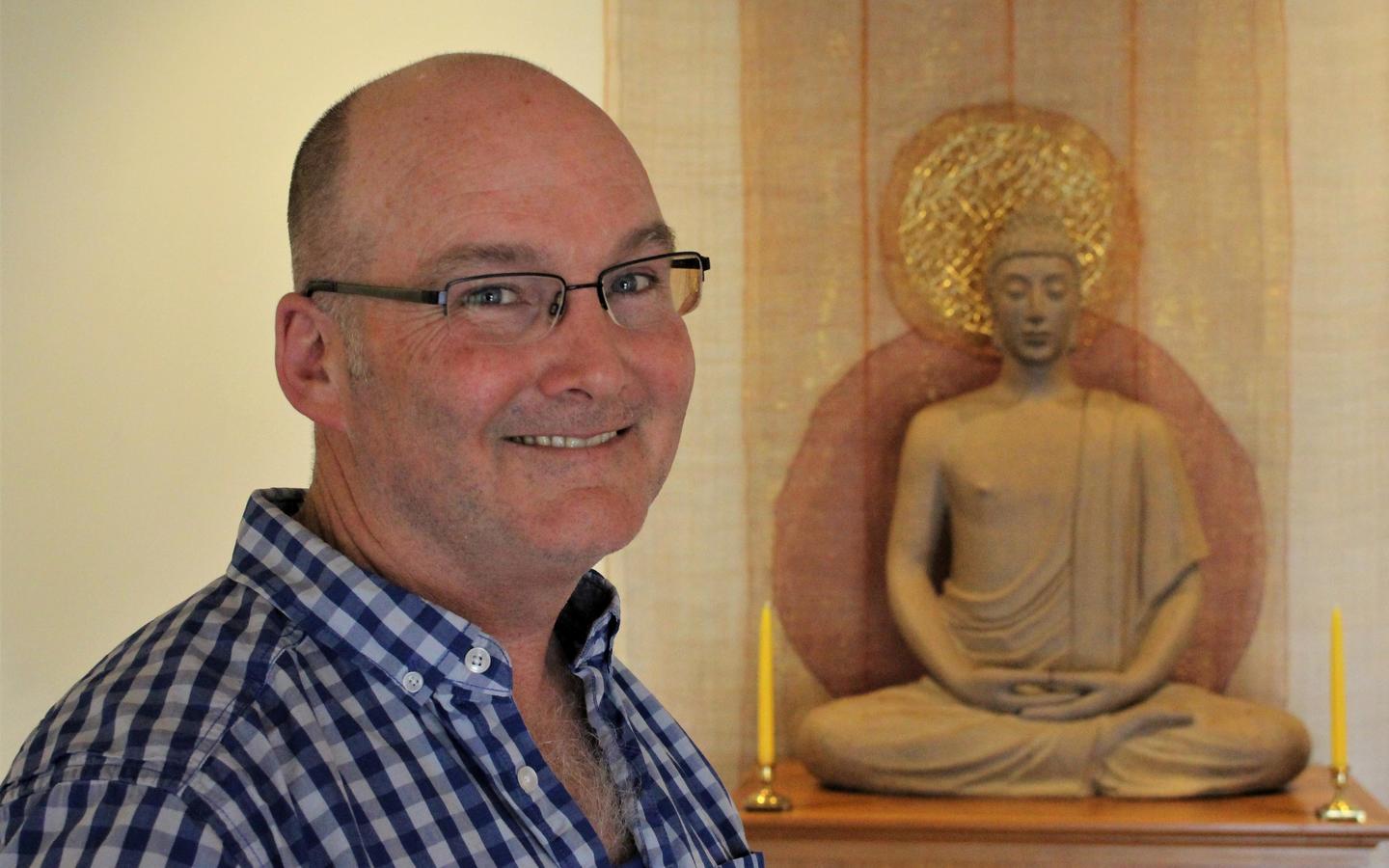 Ratnavyuha, 53, teaches meditation at Auckland Buddhist Centre, runs retreats, and helps lead Triratna Buddhist Order. He has found myriad joys in Buddhism over the past 25 years, though that isn’t what he’s looking for.

"I’m not necessarily someone who has followed joy in my life. I’m trying to find out the truth, what’s really going on, what’s meaningful.

I’m happiest when I’m authentic. The happiness of a Magnum ice-cream isn’t what I’m looking for. I’m looking for the happiness that comes when I don’t have a Magnum. It’s not dependent on what I’ve got or who is around me. It’s a way of being.

The constellation of positive emotions is important in Buddhism and there are so many different stars in that system. I’ve realised through Buddhist meditation that when I come from a place of contentment, compassion, love, and gratitude, I actually see the world more clearly. If my emotional space is one of craving, hatred or self-centredness, those emotions disturb my interpretation of my experiences.

I love teaching meditation and Buddhism. Often, people come through the doors closed down, anxious, in grief, or emotionally rigid. One of the things that brings me the most joy is when people discover the ability to see their lives more clearly and are able to change for the better. It’s amazing when the light goes on and people wake up more deeply.

When someone comes for eight weeks to learn about Buddhism and meditation, you’re telling them what you think is valuable and they’re sharing aspects of their lives, their difficulties, their joys. People can go through years in their lives without having deep, meaningful, substantial conversations with another human being. We’ve got those communications going on all the time here and it’s an honour to be part of that.

I live in Pt Chev in a three-bedroom Buddhist community house. I’m financially supported to work at Auckland Buddhist Centre as the resident teacher. It’s not a lot of money, but the way I live, it’s enough.

I meditate twice a day for maybe six days a week and I’ve spent time away on four month retreats, meditating five hours a day. I find meditation extremely joyful. But it’s really how meditation changes your life which is more significant. Meditation creates that potency to turn towards ways of being which are deeply satisfying. You can step away from hatred towards love, from stinginess towards generosity, from complexity towards simplicity. Anybody who has ever been generous when someone else is in need knows the joy that comes from the ability to step into that. We can be very habitual and when we change our habits with presence and an open heart, you go in a different direction, it’s kind of like it’s a new you.

I was born in Columbus, Ohio, but I moved to the east coast of the United States and did my PhD in economics at the University of New Hampshire. When I was in my late twenties, I came across Joanna’s Macy’s book, Mutual Causality in Buddhism and General Systems Theory. When I understood that the models that seemed valid for economics and everything else around me also applied to my own mind, I was dumbstruck. I started looking for a Buddhist centre to explore the truth, but they told me I had to learn to meditate first.

I wasn’t that interested in meditation, but my first meditation experience was profound. I had a deep sense of love for all beings no matter who they were. Soon after that, my angry mind came back, all the craving and hatred returned. It was like seeing this broad vista and then being back down in the trenches. It was so painful and I thought ‘there’s something more here than I expected’. I jumped down the rabbit hole and I’ve been travelling ever since. 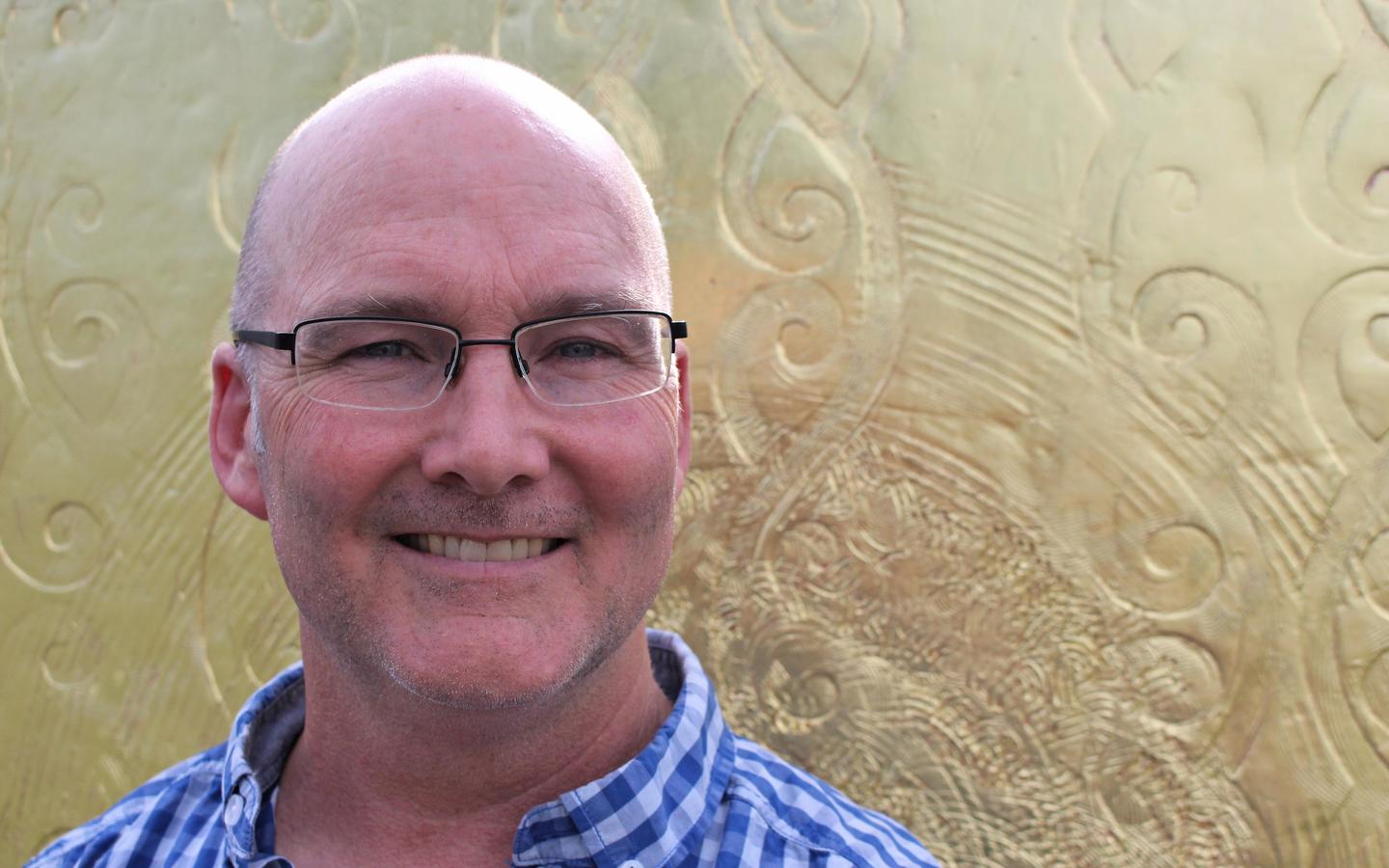 I became an ordained member of the Triratna Order in 1999. I was fortunate to run across the Triratna community, where I can be a seriously practising Buddhist and not be a monk. I have a girlfriend, I can handle money and I can eat after 12pm, which a Theravada monk wouldn’t be able to do.

I’ve been a full-time Buddhist for 25 years, living in communities, teaching in centres, running retreats, public talks, all that stuff. The most deeply fulfilling thing for me has been the friendships that develop when you share the same values and are involved in the same process of spiritual change. By far the greatest riches I have in my life are good friends.

If you’re interested in becoming happier yourself, focus on the happiness of others. It lessens the sense of unhappiness, which is usually self-centred and focused around things that haven’t worked out for you. If you want to start building the foundations of joy, start practising the simple things like friendliness, compassion, patience, and tolerance. Take the first step on that road to a more emotionally healthy relationship with everything around you. In Buddhism, it’s not about martyrdom – you’re always included in your generosity, you’re not outside the system. Self love and self-care are often a huge first step - you are valuable and you are a piece of the puzzle.

As told to Rose Davis.