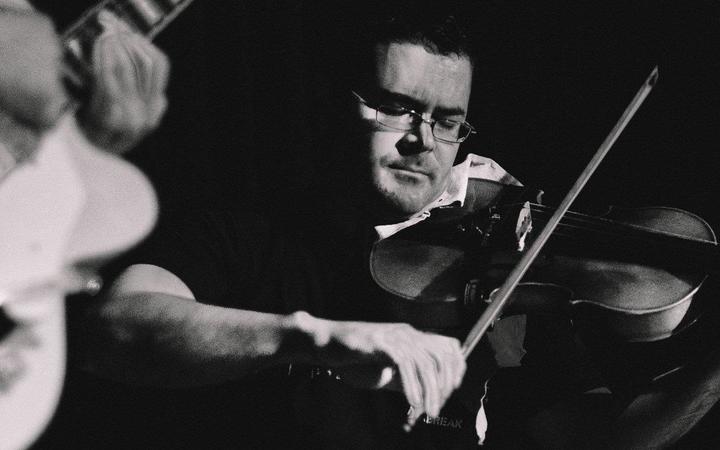 Violinist Joe Harrop lives in Auckland and juggles being a full-time father of three with performing and recording music. Sharing his love of music with the community, including disadvantaged children, has been an important part of his life.

"Making music is my happy place. You make sculptures out of time and vibrating air, which is cool.

I love everything from being on stage to grappling with the challenge of classical music – it’s a very exacting discipline. It’s both freedom and constraint.

Performing music is a high pressure environment. You get into a higher state of consciousness, when things seem to slow down but actually happen super quickly. It’s exciting when you get into that space. Sometimes you have out of body experiences, when you feel like you’re not exactly playing, like you’re hovering, listening, and everything is going on. Performing for others is both a selfish and a selfless act. You’re giving freely of your effort, repetition and energy.

When you’re recording in the studio, putting something down for all eternity, you need lazer-like concentration. It’s all about the sound and that’s another kind of buzz.

I went from being on stage, scraping away on my violin, having people pat me on the head, to being a hard core academic. I have a PhD from the Royal Academy of Music in London and they challenge you to write about music, which is hard because it’s so ephemeral. I became the head of the music department at Falmouth University in the UK. My area of expertise as a researcher is ensemble music, where you’re relating your performance to the performance of others to make a body. Making music is different every time depending on the relationships between people, their state of mind, what they had for breakfast. It’s always challenging – it’s a context in constant flux and that’s exciting.

One of my earliest memories is my first violin lesson. My brothers, Steve and Ben Harrop, are jazz musicians and they played in bands with Nathan Haines. As a nine-year-old, I sat at the feet of Haines, listening to him blasting away. Jazz has punctuated my life, as has Irish music and everything in between.

I love playing music with my Dad, Paul Harrop. He’s a spectacular pianist and trumpeter, and was the musical director of Aotea Youth Symphony Orchestra for 30 years. Both my parents are very involved in community work.

I helped establish Sistema Aotearoa with a team based at Auckland Philharmonia in 2011 and was the programme director for four years. We offered free violin lessons to children in Otara. Sistema Aotearoa is a social development programme which uses classical music to broaden horizons and lift aspirations. It’s something very different from what kids from lower socio-economic backgrounds usually come into contact with. I’m part Samoan and I grew up in a community like Otara. I saw it as a way of giving back to Auckland, because Auckland has been very good to me. 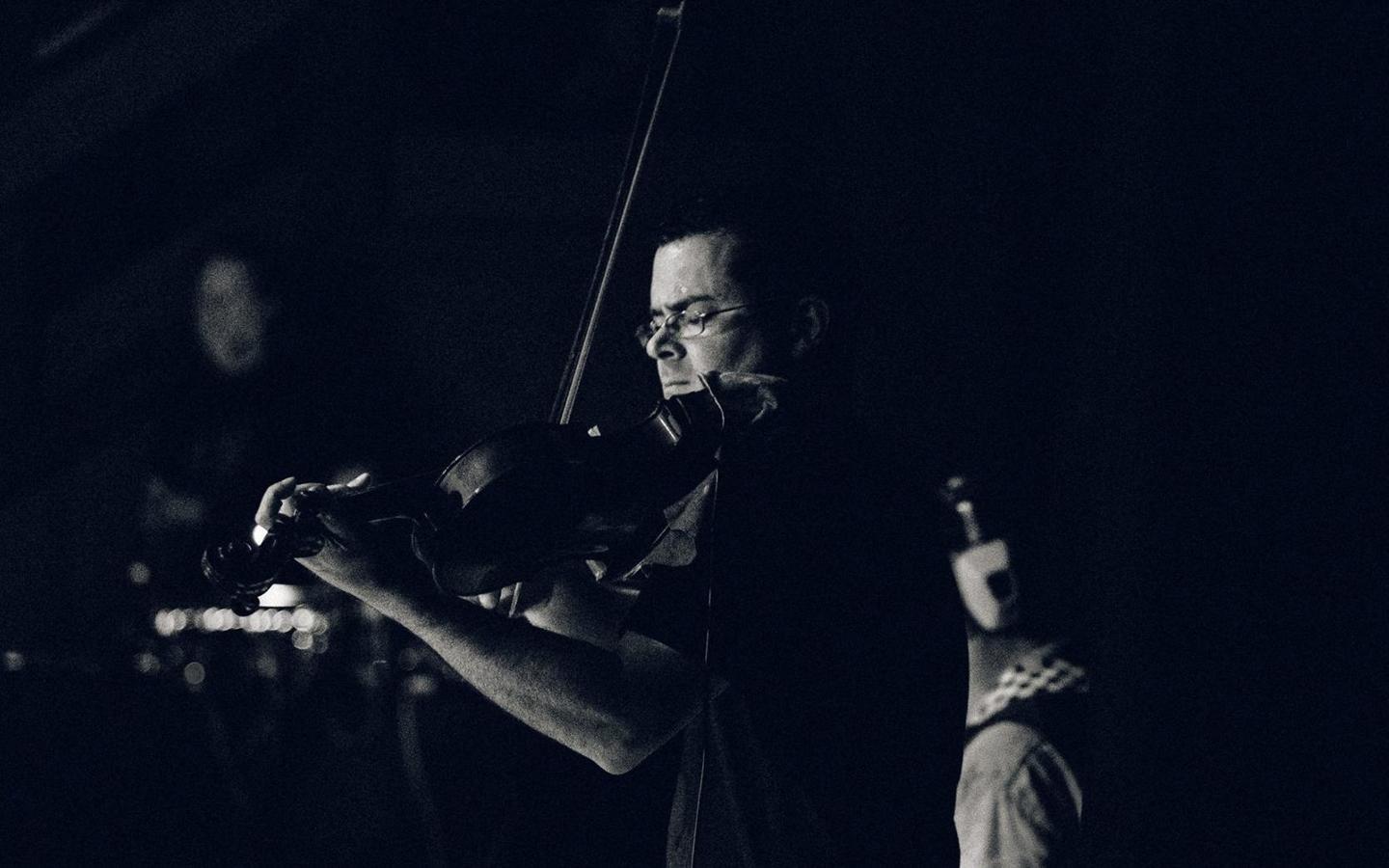 I made a pledge early on that I would never be the teacher who turned the kid off music. The first duty of the teacher is to plant and nurture a love and passion for music.

I’ve given away playing at a high level three times – first for my academic career, secondly for Sistema Aotearoa and thirdly for my kids. In 2015, my wife and I swapped roles. She became the full-time worker and I watched our three kids - who are six, nine and 12 now.

So a couple of years ago, I started a Facebook page called The NZ Love Orchestra. It’s all about those who are doing music for the joy of it and who might have sacrificed music for their career or for others. It’s ‘orchestra’ in the sense of a group of people, who might get together and form an orchestra at some stage.

Now, I’ve come back to making music and I’m learning better than ever. I learned to play viola with the Black Quartet – we’re a contemporary pop quartet and we’ve played at WOMAD, the Auckland Festival and behind Lawrence Arabia. With the Black Quartet, I’m playing and recording with people I’ve known for 30 years. Not everybody gets to work in a creative way with people you’ve known since childhood. It’s special.

I also play violin for Toru o te Motu. We only play stuff we want to play before we cark it, the great string trios. There's something satisfying at a deep level being able to create a great work of art when you play a piece you’ve always wanted to play.

Once a month at Waiheke RSA, I lead a free community ukulele night. We’ve had up to 100 people turn up and it’s a real old-fashioned sing-along. There’s solidarity, tolerance, acceptance - and in a joyful, musical way, you’re creating something together. In times of turmoil and social turbulence, people have always sung and made music together. I say ‘when you come to ukulele night it’s either that or primal scream therapy’ and sometimes there’s not much difference, but that’s okay.

I’m engaged in music in some way every single day, whether it’s singing with my kids in the morning, preparing scores for symphony orchestras late at night, or lots of listening. Making people aware music is accessible is important to me. We all sing in the shower and that’s music. You don’t have to ask anybody’s permission to make music or share it. If you want some help, people like me are around.

As told to Rose Davis.

This week RNZ’s talks to New Zealanders about what makes them happy.