Women Should Be Seen and Heard

Today, women are more visible than they’ve ever been before. 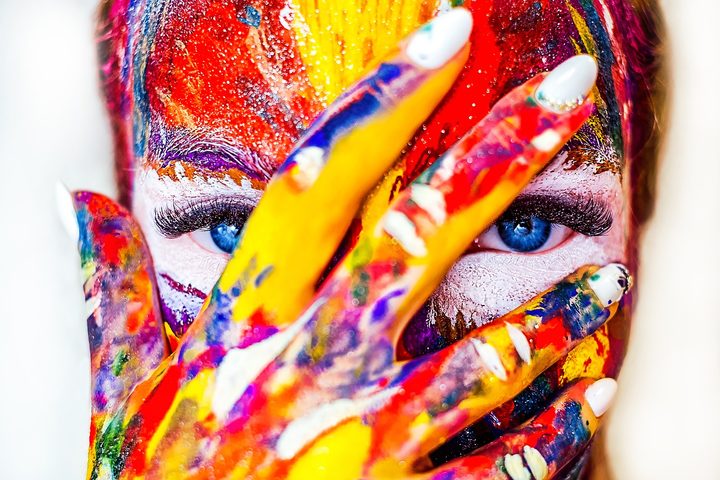 The #MeToo Movement has put the needs and concerns of women front and centre, asking us to question how and what has happened to allow women’s voices to be swept very directly under a trampled on, moth-eaten, dusty rug that is finally being shaken and aired out.

But while we acknowledge that women deserve to have an equal place in society, that doesn’t mean that women’s voices are truly being heard.

It’s easy to assume that the arts provides a liberal and accessible space for women.

But if we look to our past there were talented women who made significant contributions to our artistic heritage who have been left off the pages of our nation’s history books.

One of those women was portrait photographer, Harriet Cobb. She was one of New Zealand’s first female photographers who was brought up learning the family trade in Bournemouth where her father set up the family business in 1862. 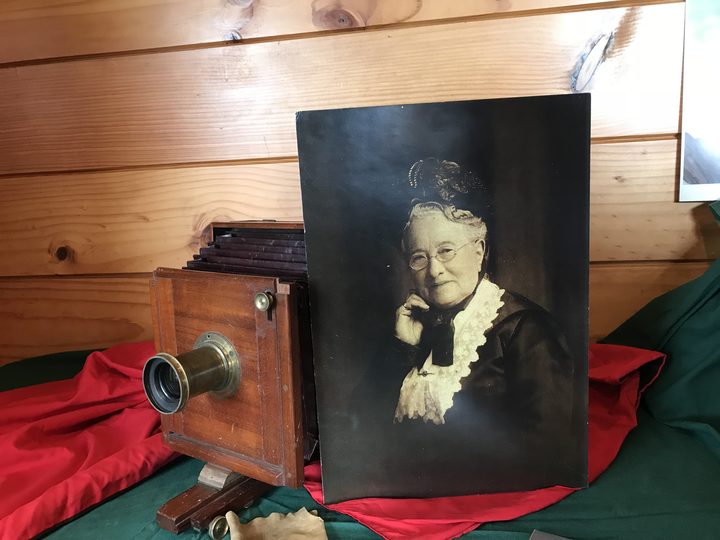 A photo of Harriet Cobb next to her original camera. Photo: Sonia Sly

There were two barriers standing in Harriet’s way at the time.

The first was that photography was considered to be a commercial venture in the 19th century, rather than being valued as an art form.

Secondly, society’s views around women were so deeply entrenched that they dictated decisions, even those made by Harriet’s own father.

Harriet and her sister Mary were talented portrait photographers. Mary went on to photograph the Swedish royal family, and sold a photographic book of children world-wide.

Harriet’s father used his daughters work to promote the business. But neither Mary nor Harriet were ever credited for their work, which meant they remained ever invisible, even within their own family. 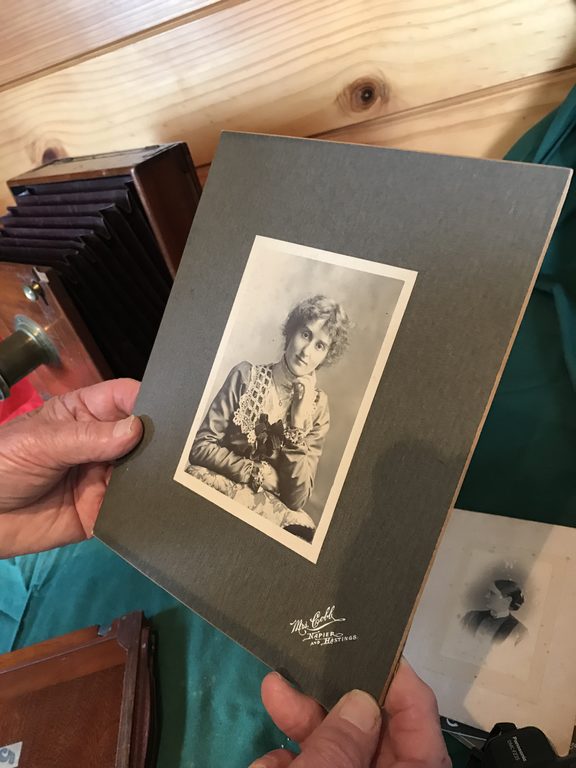 And that prompted Harriett to make the big move to New Zealand in 1884.

A year later, she and her husband set up a studio in Napier, and opened another the following year in Hastings.

Harriet’s husband would later try and elbow her out of their successful business, which would have been a disastrous move.

He wasn’t equipped, or skilled enough, to make it work. Harriet wasn’t about to be sidelined again. She took a stand and booted her husband out of the home and the business, even though it meant she would be left with all 15 of their children in her care.

“She was the eldest girl, and she had that drive in her,” says Len Cobb.

“She was really someone who made it,” Martina says. “It’s only with the passage of time and the decision that women’s portrait photography is not serious work, that it’s been allowed to slide under the radar and be forgotten.”

But even today, the arts isn’t a level playing field. That’s according to the writers of a play that was recently part of the Women’s Theatre Festival at Circa Theatre in Wellington.

The play - Modern Girls in Bed - traverses time, and employs the likes of suffragist Kate Sheppard as one of its characters to explore the nuance between past and present issues for women.

The production was staged in a bed and addresses the idea that the women in the play have had enough of the world, including Kate Sheppard. The characters reclaim the bed as a place to rest...to find comfort and solitude away from the male gaze.

Alex Lodge who co-wrote the play with Cherie Jacobson, says women are put into a box from the outset. And this creates limitations. 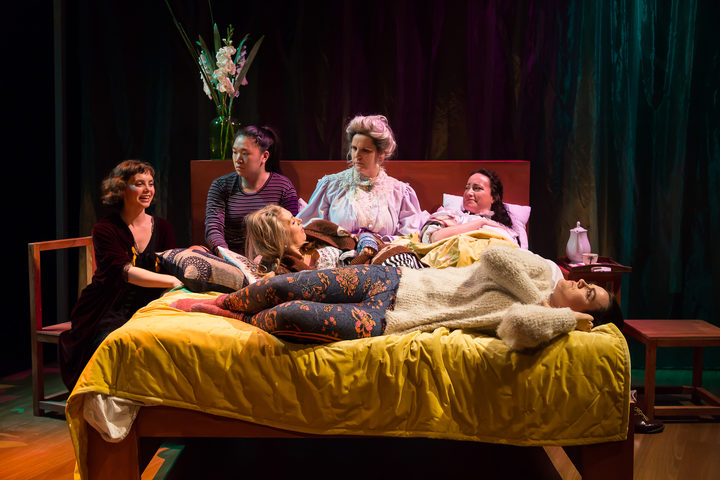 One of the first barriers is that the play was included in a women’s theatre festival. But Lodge says it doesn’t conform to one particular genre.

“It’s not just a feminist play. It’s a surrealist play and it’s an historical play...and it’s a comedy,” says Lodge.

Cherie Jacobson says telling stories about women is a major obstacle for many men today.

“Lots of women will go to a play called Twelve Angry Men,” she says.

She adds that when the tables are turned, men will easily brush off a play about women and deem it outside of their interest.

So while women like Harriet Cobb struggled to be seen and acknowledged, today things haven’t changed as much as we might have thought.

Yes, there are platforms that give women a voice. But their fight to have a say may still be falling on deaf ears, with fingertips hovering over the off switch before women have even open their mouths. Because a box is still a box, regardless of what it says on the packaging.

In this episode six of Beyond Kate Sonia Sly explores the opportunities and barriers that exist for women in the arts.