Rights and Ownership Over the Female Body

Women’s bodies are political. While that might sound like a big statement, there are a multitude of layers and double standards that exist around the female body. 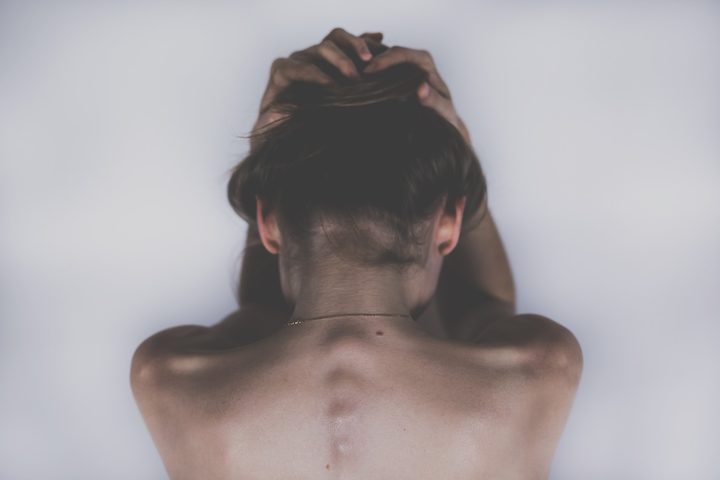 If we look at New Zealand’s history, women had very few rights over their own bodies. This included the number of children a woman might bear and her access to safe contraception. In the 19th century, women were fighting for rights to raise the age of consent from 12 to 16 years of age.

Even a woman’s fertility was seen as beneficial to a nation that needed to grow.

Between 1840 and 1880 New Zealand births were among the highest in the world. Colonial women were averaging approximately seven to nine births each, compared to four of five births in Britain at the same time.

Stephanie Gibson is a curator at Te Papa and says there were laws against talking about contraception in New Zealand.

“The word was considered obscene and doctors didn’t talk about it, or they didn’t know about it. So women might have passed down secrets about how to prevent pregnancy,” Gibson says.

The public had little knowledge of safe contraception and some women resorted to homemade concoctions that were neither safe nor effective. 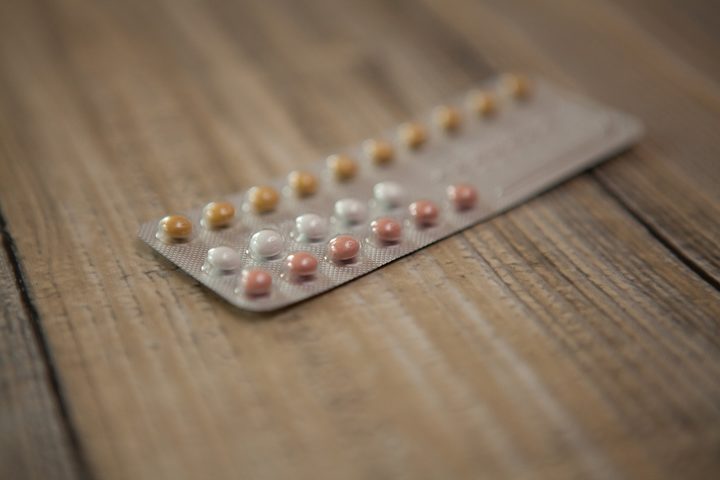 Part of the reason contraception wasn’t talked about was that it was a highly moral issue. Young women were expected to be virgins before marriage.

“There was a lot of societal pressure on women,” says Gibson.

“Having an illegitimate child was a complete disaster...so many children were given up for adoption in this country.”

So how far have we really come since suffragists more than a century ago fought for the right to make decisions and have control over their own bodies?

In the 1950s she terminated her own pregnancy so that she could continue her studies. She was also a guinea pig for the first contraceptive pill, and later, went on to advocate for student access to contraception at a time when only married women were being prescribed the pill.

She says the battle for women’s sexual health rights is not over yet.

“Now we expect to have more autonomy over the things we do, but we’re a long way from having that. Even just our laws regarding abortion in New Zealand, women are not permitted to make that decision themselves. It has to be made by two certifying consultants.” 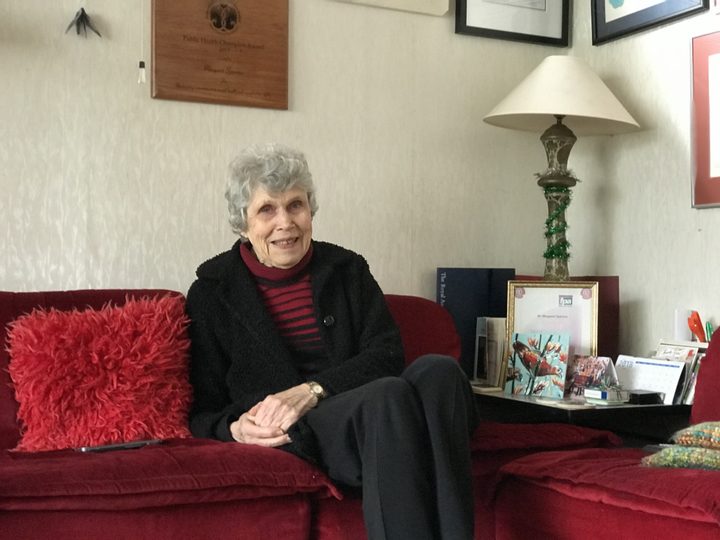 Dame Margaret Sparrow put her own body on the line as guinea pig for the first contraceptive pill. Photo: Sonia Sly

Dame Margaret says it is the women who pushed for change that helped to turn the system around.

“I think there’s been a strong women’s health movement in New Zealand because women have protested. Often the medical profession has ignored their needs and problems,” she says.

Women were also restricted from everyday leisure activities such as swimming in the late 19th and early 20th century.

Sandra Coney, author, historian, feminist and local body councillor from Auckland says women had to fight incredibly hard to get an hour in the day where they could go for a swim. 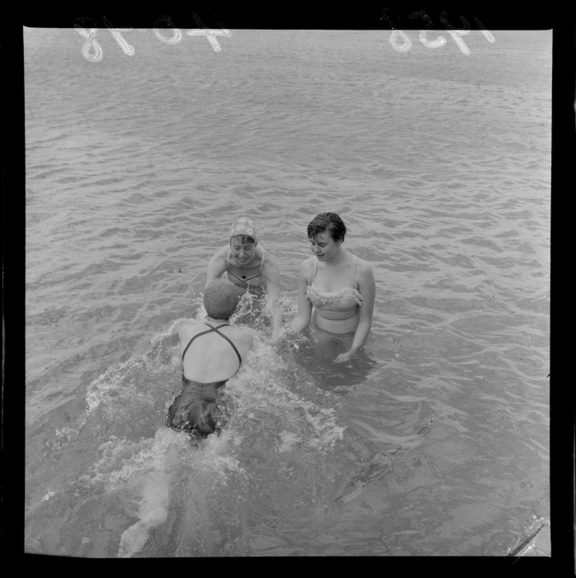 “Every intellectual, physical and economic freedom has had to be fought for,” she says.

“Even the hour on the beach where they could swim, because the men were swimming naked.”

Much of New Zealand’s built environment was designed by early male settlers. And women had not been included in the design or thinking about access to public space.

Toilets, for example, hadn’t been factored in for women until 60 years after colonisation. And places like polling booths, pubs and hotels were considered inappropriate places for women.

“The first extractive industries including gold mining and timber milling were physical, male-dominated pursuits, and then the men were socialising in all-male groups and pubs,” says Coney.

New Zealand had no entrenched class system like the societies that many of the settlers had come from, so there were also advantages and flexibility when it came to new ways of thinking about social rules, especially with women pushing for reform. In the late 19th century the age of consent was raised from 12 to 16 years old, and around the same time, women in New Zealand were also pushing for dress reform and the right to wear trousers.

But 125 years on from women gaining the right to vote in New Zealand, one could argue that there’s a lot that still needs to change.

Comedian and TV personality Angella Dravid, grew up being taught never to look a man in the eye and to make sure that her clothes were loose and baggy so that she didn’t attract male attention.

“I have to constantly think about the world around me that I don’t think about myself as a real person,” she says.

Dravid is of Indian and Samoan descent and grew up in New Zealand. And it’s the combination of cultural values that feeds into her sense of self. This protective attitude towards the female body has become ingrained in her psyche and simultaneously made her feel like a prisoner in her own skin.

The comedian acknowledges that her experience growing up was different to her western friends because of those restrictions that were placed on her body.

“I couldn’t wear shorts or a singlet [and] you just don’t take care of your appearance because you don’t want to attract attention,” she says.

In her family’s eyes being confident wasn’t encouraged. “Confidence was seen as being promiscuous, just because I’m a girl. [But] if men are confident they’re considered to have a good sense of humour.”

“It also affects your success because you don’t aim high if you’re also constantly aware of how others perceive you.”

There are so many rules around women’s bodies. And sometimes these rules render women powerless to speak out. Violence against women is one example. 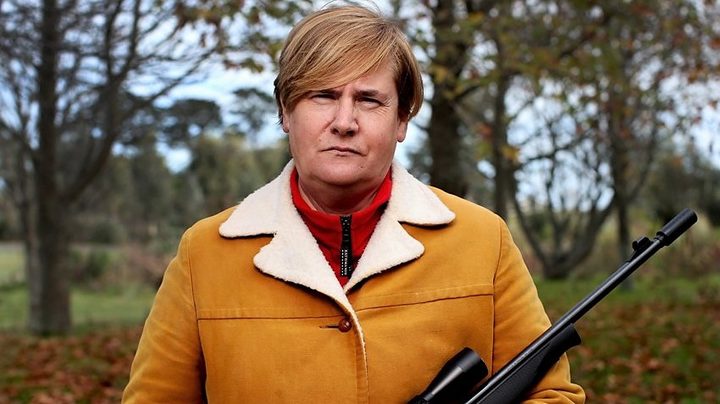 Award-winning columnist Rachel Stewart was in her teens when she witnessed repeated violence at home. She was living in the States with her mother and stepfather who would lash out at her mother on a monthly basis. One day, Rachel had had enough.

“I kicked him and broke his ribs,” she says.

“He’d pick a fight with my Mum, and I’d put a pillow over my head so that I didn’t have to hear it. Within an hour he’d be hitting her..so I took it upon myself to hurt him. He had to take two months off work for broken ribs and told work that he fell off a ladder. They all believed him.”

But her mother didn’t want anyone to know about the abuse.

Stewart says the only way to stem violence against women is to get men to intervene because men listen to each other. But more often than not, they just turn a blind eye.

“There’s the attitude that they don’t want to get involved because maybe she’s annoying the shit out of him...maybe she deserved it. There’s still a lot of that going on,” Stewart says.

However, she’s still positive that things will change.

“When women rise up they are so powerful and there will be a point, and soon, when women will say, enough is enough. I just don’t know what and when it will be.”

Listen to the podcast to hear more about the issues women still face today, as well as the story behind crotch-less bloomers, why toilets weren't available for women until 60 years after colonisation and why sports has largely been the domain of men.