In the words of Taika Waititi, New Zealand is racist as f***.  In this episode, Alice is joined by Billy T winner Kura Forrester (Ngāti Porou) to assess how well we are honouring Te Tiriti o Waitangi in 2020.  The pair meet Hone Harawira (Ngāti Hau, Ngāti Wai, Ngāti Hine, Aupouri, Ngāpuhi, Ngāti Whatua) to talk about the ongoing trauma of colonisation, and how the government is continuing to fail Treaty obligations.  Ex-Race Relations Commissioner Dame Susan Devoy reveals the hypocrisy in not having a tangata whenua Commissioner on the Human Rights Commission, before taking to the squash courts.  Return appearances from Alice’s Dad Pat, Janell Dymus-Kurei (Te Whakatōhea) and Julia Whaipooti (Ngāti Porou) underscore the importance of historical literacy.  Because what really is this Pākehā culture that so many are fighting so hard to protect?​ 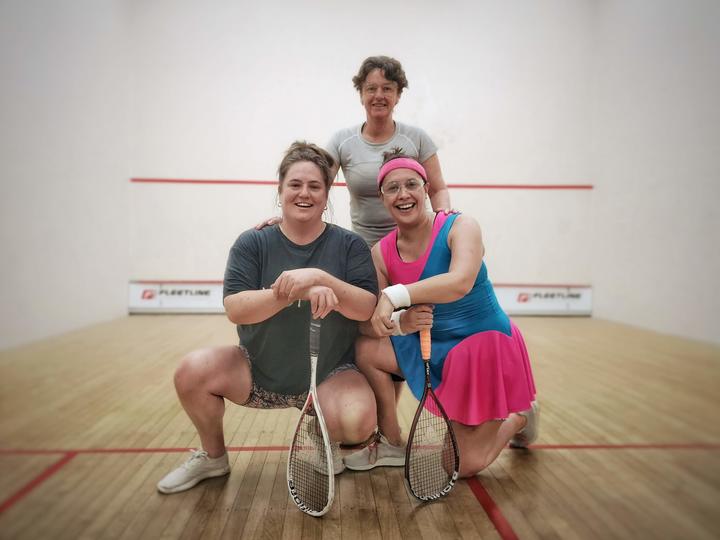 The global Black Lives Matter protest movement has moved the topic of racism to the forefront of conversations both in the US and New Zealand since the Treaty Partnership episode of Bad News was made.  Alice Snedden and Kura Forrester (Ngāti Porou) sat down to talk about where things are at now. 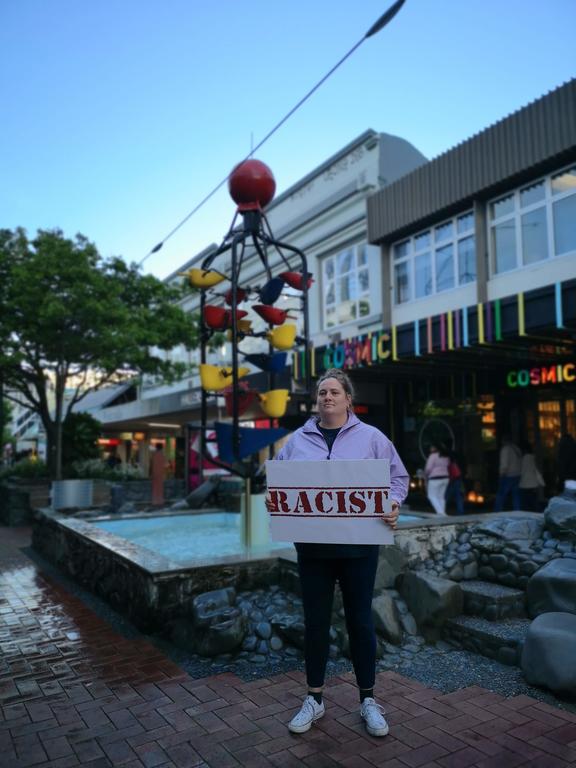 *This conversation has been edited for length.

Kura: I’ve found heaps of my Pākehā friends lately really grappling with it, and what's going on.  It's asking people to really get down to some huge fundamentals around how they live in the world, how they approach life.  I've had a few friends that have apologised to me.

K: Which has been really interesting.

K: Not in the sense that it fixes anything for me, but it makes me feel glad that they are working through this.  We were talking about some specific things that have happened in the past, where I've been a target of their racism.

A: The thing about feeling guilty is that I feel like it almost centres yourself as a victim of the racism that you were perpetrating on other people.  So I always feel like, when you feel shit about how you've been in the past, you have to make sure that it’s constructive.  That it’s actually about you evolving to be better.  Otherwise it's just like if you go to a funeral and start crying more than the widow.  And then the widow is in this situation of having to be like, "it's okay, it's okay, don't worry about it.  I'll be fine." 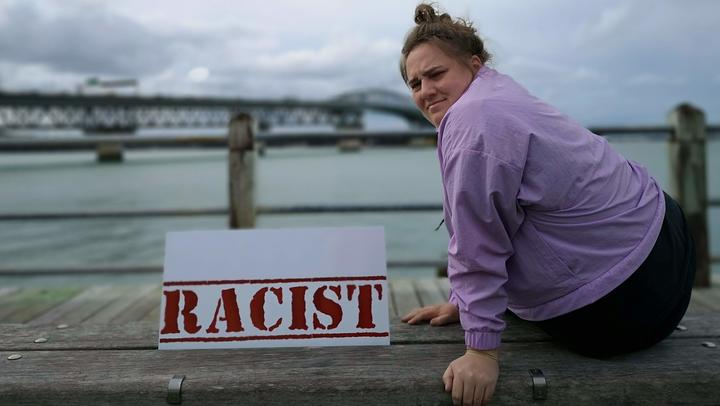 K: Yeah.  I totally agree with that.  But I do think that guilt has to be the first step for most people.  And then, sure, do the funny feeling and the feeling shit and the apology to friends, but you have to keep going with it.  I've just been reading lots of funny memes and stuff about people realising that they're racist, and just wanting to smash it out in a day when most Black people and indigenous people of the world have been doing this forever.  And then white people come on board and they're like, "well, let's fix it."  It's like, "it's going to take ages guys..." "No, we're white, we'll fix it."

A: Do you find it comfortable or uncomfortable, talking to white people about racism? 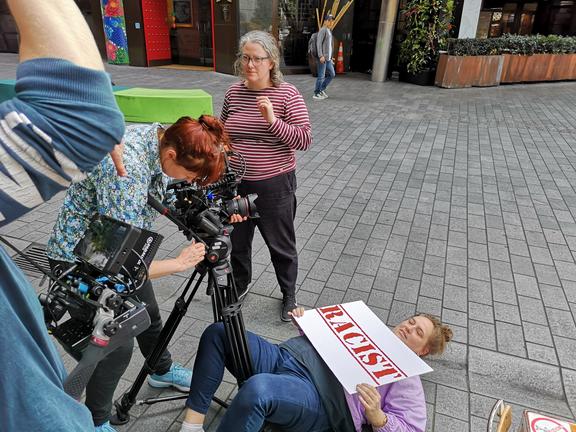 A: Do you?  Because you're sensitive to how uncomfortable they are?  Or because you're like, "I just, can't be f***ed."

K: A bit of both, but my nature is to make people feel comfortable.

K: It's so tricky.  Sometimes I'm just like, I wish you guys could all experience it because then you’d at least know what it feels like.  I've got a thousand stories of times where I've felt racism against me.  And Pākehā people in my life are like, "we don't feel that, we don't get it."  And then I'm like, "well of course you don't think about it as much as I do then, because it's not happening to you."  It's f***ing hard.

A: Is there something that you wish that people understood more about it or....

K: One thing is the awareness of it.  It took this huge thing in America for us over here to be like, "oh yeah, maybe we should..."  And I'm like, "guys, just because America is going through this….hello?."  For me it's about awareness.  Just know that it's happening all the time.  Everywhere.  It's not just “events”.  It's so f***ing insidious here. 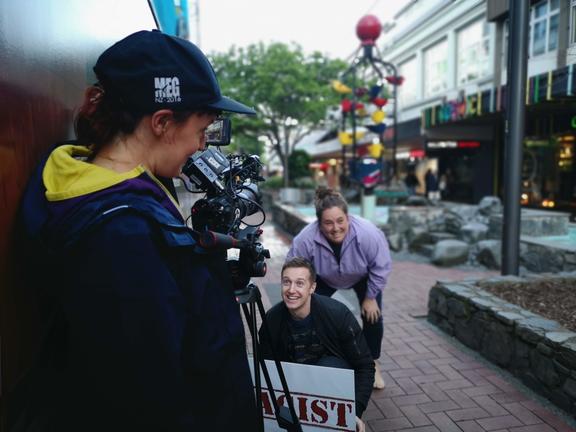 A: Well, it's basically a part of our fabric.  Right?  The first interactions between Māori and Pākehā, they weren't that hot, were they.  We didn't get off to a great start.  And then I feel like we've just never fully unravelled it from there.

A: I think the onus of the work is now on Pākehā.  Right?  I think the onus has to be carried by us now because we've had 180-odd years, a couple hundred years of not doing that at all.  And I feel like now is the time.  It's so late in the game, but now is the time where that responsibility sits more with us, but I don't know.  Maybe that's not true.  What do you think?

K: Realise that it's a f***ing marathon, it has to be in your children.  The systems have to change. 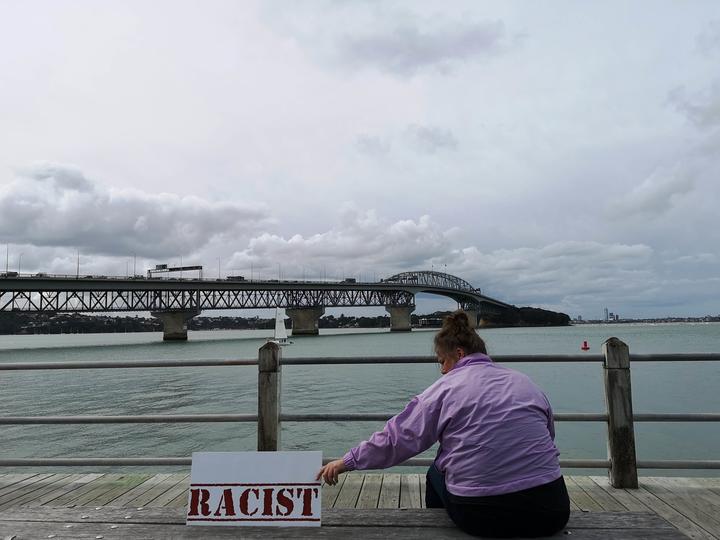