Series Classification: PG (Parental Guidance Recommended for Younger Viewers) Contains discussion of suicide and depression, which may be distressing to viewers.  Some language may offend.

In October, Aotearoa will vote on whether or not to legalise voluntary euthanasia for those with a terminal illness who have less than six months to live.  Undecided on how she is going to vote herself, Alice decides to host a dinner party like no other.  Inviting a broad range of guests with varied perspectives on the euthanasia bill, she attempts to make up her own mind about the contentious and extremely sensitive issue over a lovely roast meal.  Guests include ‘no’ voters like disability advocate Claire Freeman (Ngāpuhi, Ngāti Korokoro) and her own mother Jo.  On the ‘yes’ side is Canterbury University lecturer Te Hurinui Karaka Clarke (Te Arawa, Ngai Tahu), terminally ill advocate Bobbie Carroll and, of course, ACT MP David Seymour (Ngāti Porou).​

Opinion: I’m afraid of dying.  It just feels like something I really don’t want to do.  I used to be completely at peace with the idea – I always thought, well, I can’t remember not being here before I was born, so chances are it’ll just feel the same after I die.  But as I’ve gotten marginally older, and slightly closer to death, it seems more and more like something I’d like to avoid entirely.

I think I’m worried about missing out.  In fact, I kind of find it insulting that things will continue to go on without me.  It just seems unfair, I don’t want to be left out of all the cool stuff the living are doing.  I think about all the things I won’t be around for – solving climate change, the last Oscars, finding the cure to death – and I get jealous of everyone who will be.  But, despite my protestations, I accept that like everyone, my death is inevitable.  So instead, I focus my anxiety on how it’s going to happen. 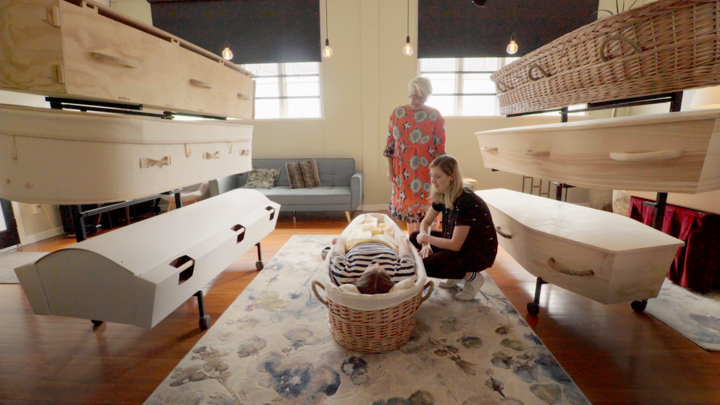 I figure the best case scenario is I die when I’m old, in my sleep, with no idea that it’s coming.  For years this is how I assumed it would happen, but as my anxiety’s increased, I’ve become consumed by the thought that it can happen at any minute.  I’m worried I’ll be caught completely off guard and won’t even get to say goodbye.  It suddenly feels so close for something that I can’t undo.  So now I live as if it could happen at any time – on a plane, in a car, during a pandemic.  It sounds grim and it is.  But I haven’t stopped doing any of these things (flying, driving, living through a pandemic).  I get on with it by accepting it could happen and planning for it to happen by constantly telling my friends and family that I love them, just in case.

I’ve been so consumed with the idea of my death happening without notice that I hadn’t even thought of the much more difficult possibility: dying with lots of notice.  Many people, like those living with a terminal illness, have to confront their own death and its process much more urgently than the rest of us.  But as the euthanasia referendum approaches, we should all start to ask ourselves these questions.  We’re being asked to make a decision about what choices we want available at the end of our lives, and many of us will be having these conversations for the first time.

To me, it feels like a scary prospect that we might choose when to die.  It’s so final, there are no take backs.  I’ve had people close to me die both suddenly and slowly and neither seems particularly preferable.  But to see people lose a sense of themselves and their surroundings is extremely difficult to watch, and I can only imagine even worse to endure.  If I were dying, I can imagine finding enormous relief in the knowledge that should I want to, I have the option to choose when the end comes, rather than wait for it to painfully find me.

It can’t be a perfect system.  Circumstances vary, mistakes can be made and as with any serious decision, there’s room for human error and misunderstanding.  But difficulty and complexity doesn’t feel like a good enough reason to ignore something altogether.  While I don’t think in practice, it’s a decision I can ever see myself being brave enough to make, I’m going to vote yes on the referendum, because it’s not a decision I want to make for other people either.