How and when to talk to kids about pornography 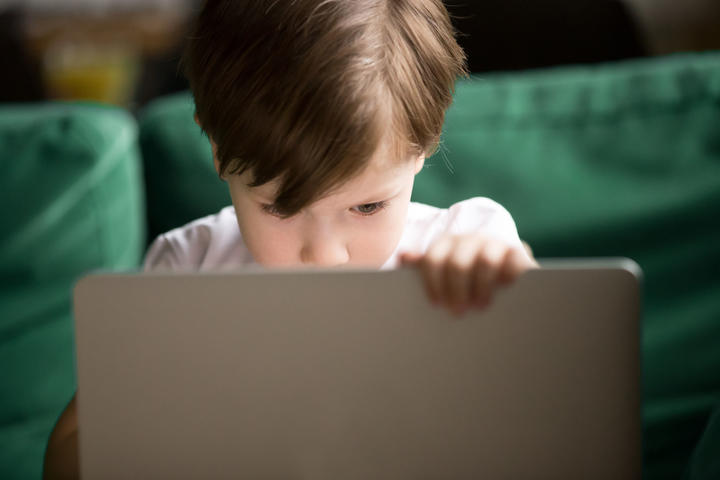 Rhonda* is the only woman in her household

"Even the ruddy dog is male."

And with two teenage sons, she's learnt to be open about the topics that come up including sex or body image.

Although it's fallen to her husband to field the trickier questions about penis size.

"Well, they see things and then they go, 'What's normal?'"

Some of those things teenage boys are seeing are unrealistic images of both bodies and sexual behaviour portrayed in increasingly pervasive online pornography.

Rhonda's son, Nate*, was encouraged to view pornography by a more mature friend and was embarrassed when his mother discovered it on his computer.

Rhonda and her husband explained that pornography didn't depict real relationships and it wasn't appropriate for him to view sexual material until he was sexually active.

But, at least they're talking about it.

"I've had that kind of conversation but, you know, they just go, 'Aarrhhh, I don't want to hear that from you.' So those conversations are very short. It's very much in passing."

"My main message to you is at least have these discussions with your kids."

"They're going to be traversing these issues as they develop so to leave them to sort it out for themselves might be a really risky strategy."

Ms Gallagher said the discussion should be part of the broader conversation about sex and positive sexuality rather than a topic in isolation.

"This can help children see where your values come from and can give them some anchor points to form their own opinions from."

It was important not to convey viewpoints too rigidly as Ms Gallagher said children were unlikely to start a conversation about a topic they believed was taboo for a parent.

A better approach was for parents to flag their own questions about pornography and suggest that, although it might feel a bit uncomfortable, they could work together with their child to find out the answers.

She said while parental controls on computers could work for smaller children these were only part of the solution.

"It's about the relationship you have with your kids and your capacity to have bigger conversations with them."

She said a little bit of access to pornography was unlikely to damage children.

"But if we panic about it and overact we can actually put our children off coming to us with questions or problems and that might cause some challenges for them." 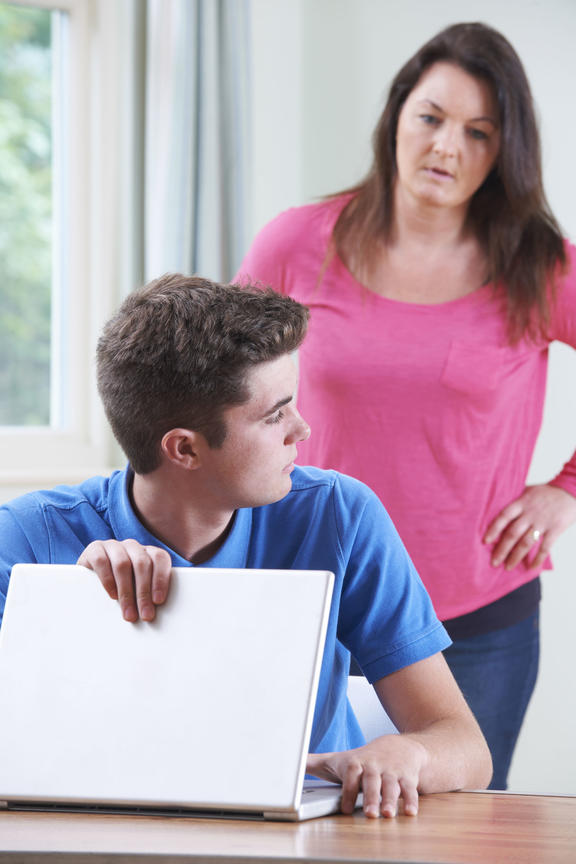 Rhonda said the discussion had always been ongoing in her house.

"We never had a big talk about sex. Right from when they were young, if they had a question we answered it."

Debbie* has also been having conversations with her children but resents that it's happening while they're still so young.

"Why is our generation having to talk to ten-year-olds about pornography? They're ten! They should still be playing with Barbies. Seriously!"

Catherine Gallagher said many parents left the big discussion until their children were older.

'I actually think that's a bit risky as children are often developing their beliefs around this stuff from an early age and so gaps in knowledge can be filled from other sources."

She said many young people were learning about sex from pornography and that was concerning as such films and images were not always about two consenting adults having a loving relationship.

"It's often aggressive. It's often negating the issue of consent. It's often showing sexual acts that are in the extreme and what they're portrayed as is being 'the normal'. That's the kind of stuff where kids can get really confused about the messages."

There was also the type of pornography that children might not recognise as such.

Debbie was concerned about the 'nudes' of children being sent by pupils in her young son's class.

'Nudes frighten me. The whole aspect of kids encouraging other kids to take nude photos of themselves and they send it to all their friends and they laugh at it."

She has 'drummed it into’ her children not to request such images of people or distribute any they receive. 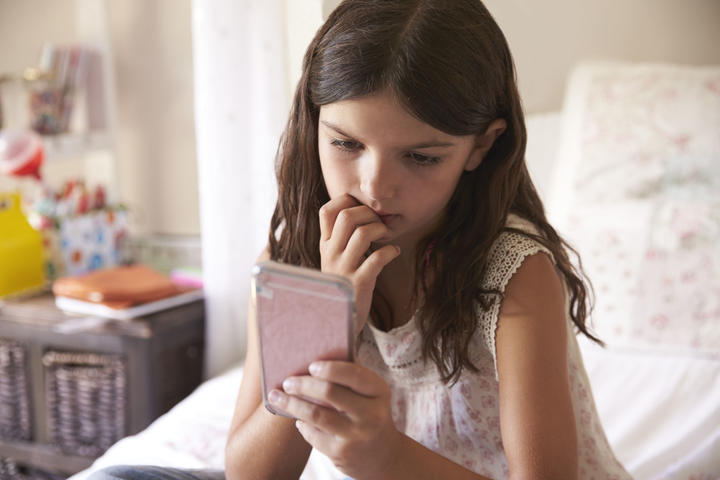 "And you can be prosecuted for that at fourteen."

Catherine Gallagher said children as young as five could begin to learn about safe and positive relationships.

This might not mean talking about 'who puts what where' but it was the beginning of discussing positive sexuality and sexual development.

With older kids Ms Gallagher recommended a 'drop and run' approach, offering up a few quick bits of information before changing the topic.

"I've learnt that it's one or two things that I can get under the radar before they go 'Oh whatever.'"

In this case, some comments might be 'Pornography isn't an accurate representation of what a loving relationship looks like," or 'Sex shouldn't hurt. If it doesn't feel comfortable then it's OK not to do it."

Children might protest that it was embarrassing or they didn't want to listen, but they would take the information on board, she said.

"Even while they're saying 'Whatever, go away, that's disgusting,' they're listening."

Ms Gallagher suggested choosing times such as driving when children could avoid eye contact or using opportunities in films or on TV to comment upon sex or relationships. 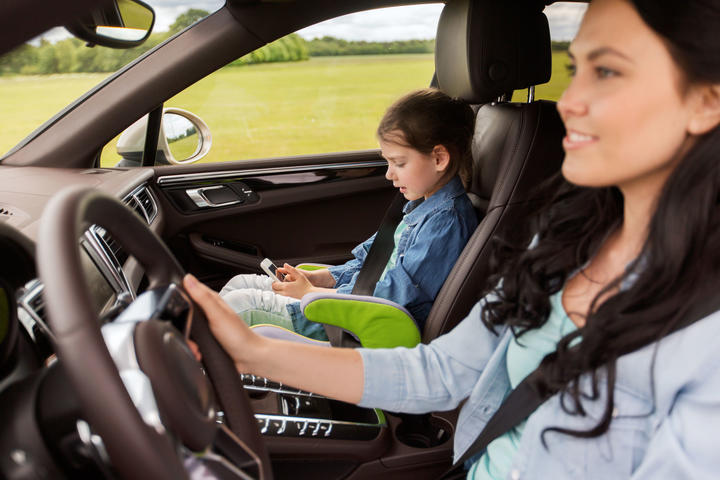 Some online resources such as Netsafe and TED Talks could also be a useful source of information for children and parents to talk about together.

Eliza admitted such discussions could also be awkward for parents.

However Catherine Gallagher said this could also be part of the discussion.

"Or we can talk about where you might want to get this information from that feels OK for you.”

There was no requirement for parents to deliver the perfect lecture about sex or pornography.

"We don't have to put pressure on ourselves to get it right because, guess what, we're in a relationship with each other so we get to go back and have a second go or a twentieth go."

If anything, that might make the child feel more relaxed about asking further questions. 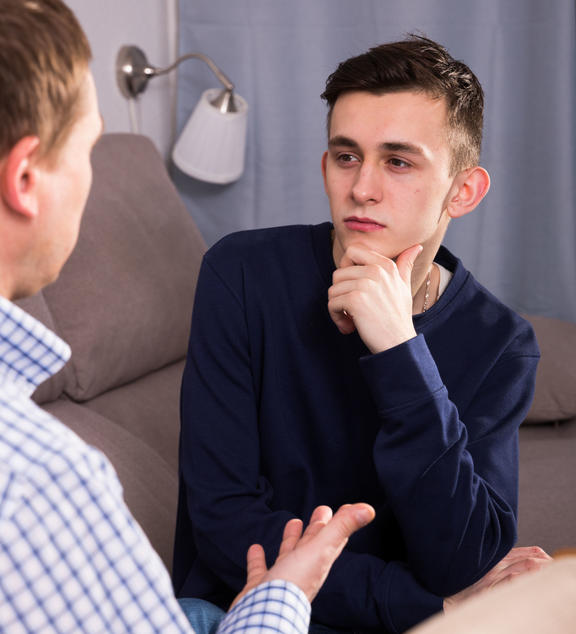 Ms Gallagher said pornography was the kind of issue parents needed to face.

"Parenting isn't supposed to be easy and this is one of those aspects of parenting like, probably, sleepless nights and dealing with tantrums that is hard.

"If we shy away from it we're not doing our kids justice. We actually need to go towards it and have awkward conversations and we can kind of work it out together.'

Tips on talking to kids about pornography

- Talk about pornography with your children and make it part of the broader discussion about sex.

- Don't just say "It's wrong". It will shut down a conversation for children and discourage them from talking to you about the issue.

- Instead suggest there are some questions you might both have about pornography and perhaps you could find out the answers together.

- Don't leave it too late to discuss pornography as children might start to fill in gaps in their knowledge with incorrect information.

- Begin to talk to young children about positive relationships and safe or unsafe touch.

- Explain to children that, while it might feel uncomfortable for all of you to discuss it, they mean so much to you that you want to make sure they get the information.

- Use a 'drop and run' approach to provide a few easily digestible bits of information and then change the topic. Even if children protest that it's embarrassing, they will take on board the information given.

- Select simple but key messages: 'Pornography isn't real and doesn't depict normal loving relationships." or 'If you watch a lot of pornography, it's probably going to affect how you have sex when you're older."

- Choose times when the child can avoid eye contact, e.g. when driving together.

- Take advantage of references to sex in films or other media to discuss and analyse relationships or sexual experiences.

*Not their real names.