Adults can brush off monsters and burglars as the natural anxieties of childhood but for kids the fear is very real. Katy Gosset looks at which worries crop up when and how we can help. 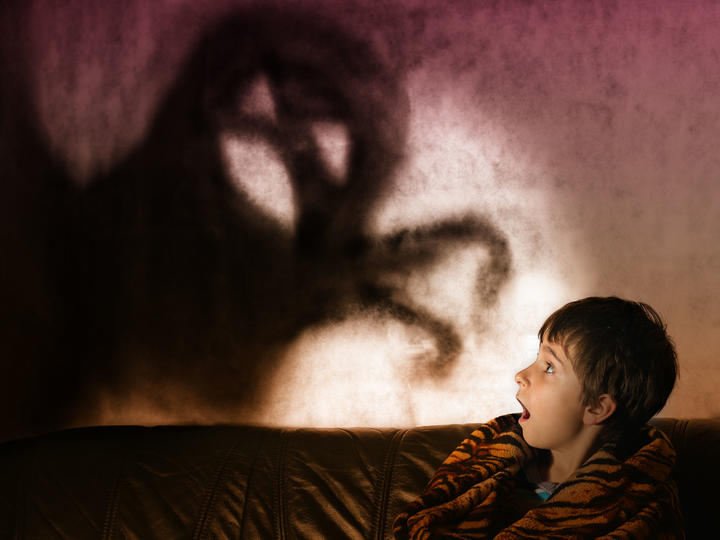 Five-year-old Harrison* has been spending a lot of time in his parents' bed.

That's because someone else has been lurking in his room.

"At the moment monsters are our big thing," his mother Lucy* says. "It's quite a challenging one for us."

"They always hide in the dark but as soon as we turn the light on, they're really fast and they disappear."

"And, if we turn the lights off, they are back again really fast."

John* says, for his six-year-old, Phillip*, it's comic book images that have 'kind of seeped into his brain and stuck there'.

"He's started to worry about a lot of things actually. We don't know quite what's stemmed it, but we think there are some images that have been talked about at school which have scared him."

Clinical psychologist, Catherine Gallagher says - reassuringly for parents - that fear is completely natural and necessary and some common fears are hardwired.

"So we come into the world thinking things like loud noises, big animals or heights are not good for survival so [it's] probably good to be a little bit cautious about them."

But Ms Gallagher warns our 'alarm system' that alerts us to something frightening can get 'hacked' by the 'thinking part of our brain', creating fears that may be unfounded.

"Through the filter of our thoughts and our experience our alarm system can get tricked into firing, especially for some of us who are genetically a little more vulnerable to being anxious in the first place."

So was it fear that people felt in those situations or anxiety?

"Fear, by definition, means I'm having that experience of my alarm going off in the presence of something that is actually dangerous.

"Anxiety is having an experience of fear in the absence of the thing that is actually dangerous."

"So these are actually childhood anxieties."

Some young people were more susceptible to these kinds of fears than others as they might have a more sensitive temperament or have parents who were themselves anxious, Ms Gallagher said.

Such children sometimes formed a pattern of anxiety that essentially became 'a way of thinking".

"It doesn't really matter what the particular focus is if I've got into a habit of getting anxious and overestimating risk and thinking about ’What if".

If the fears were not contained and children were not supported to confront them, the problem could get worse, Ms Gallagher said.

"Then yeah, [their] worries are going to get a little bit more out of control to the point that [they] might actually start to get worried about being worried."

For Phillip this pattern had begun to take over.

"He says 'I can't go to sleep' or 'I can't do this thing that I need to do because I'm scared of everything'".

"So, I think, what started as a singular fear has just spread across into his mind and he's become a bit of a worrier," his father, John said.

However Catherine Gallagher said many childhood anxieties were linked to the developmental age of the child and anyone could be affected. 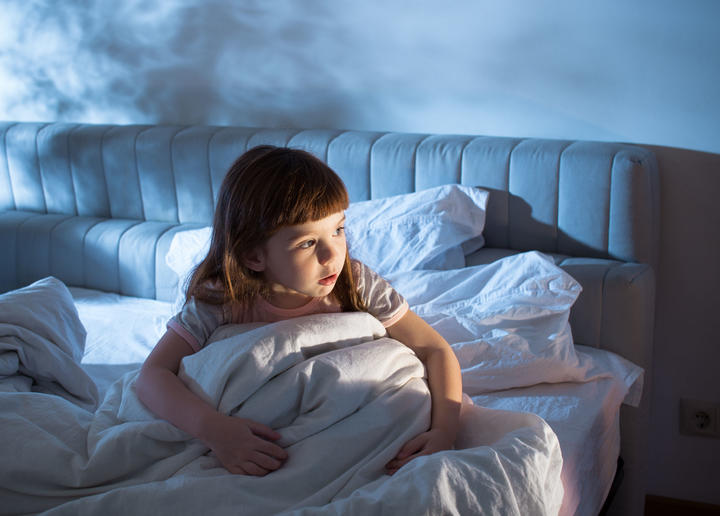 Anxiety through the ages

Being a baby should be a carefree time but worries can intrude then too.

And the first fear is normally about losing a parent.

Catherine Gallagher said up until the age of 18 months babies didn't have a separate sense of self.

"Between nine and 18 months babies and toddlers are often busy trying to work out where they begin and others end."

"So you can see how separation from my parent would potentially freak me out as I am missing a part of myself."

And if a baby felt connected to the world, that could raise some frightening questions.

'For example, if the water can go down the plug hole, I might too. So that can feel pretty scary."

From the age of three children could start to internalise a working model of that relationship and feelings associated with their parents or attachment figures.

"Which means we don't always need to have them with us to feel safe and secure."

Between six and 10 came the years of adventures and imagination, Ms Gallagher said.

This was a time when children were reading about goodies and baddies and caped crusaders and monsters populated their world. 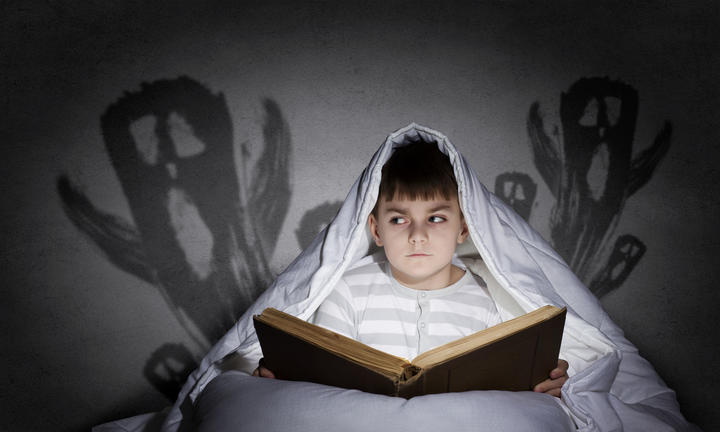 "This is great when it comes to running around the house and being superheroes but it takes time to harness it properly."

It could also mean that children struggled to understand the difference between their imaginative creations and reality.

"I might get a little bit frightened or really frightened by the things I read, see and imagine because I can't quite work out if they're real or not."

For Harrison, the fears were starting to win the battle.

"So we have a little monster visiting our bed every night." said mother Lucy.

In addition, the newly found knowledge that children were separate from their parents meant some felt they had to face the baddies alone.

"Being separate can have a down side because I can get hurt then or I can get taken by said monsters."

Between the ages of seven and 10 children began to compare themselves with others.

"You can imagine, here come a whole other pile of worries."

Children also began to gain a sense of the future and learn more about real world dangers.

"So that monster under the bed might be replaced by a burglar."

And for pre-teens and teens, it was no surprise to learn that the desire to fit in and make friends shaped many of their anxieties.

"This makes perfect sense from an evolutionary point of view as we're designed to start separating from our family of origin and go out into the world and find a mate."

Catherine Gallagher said while these developmental phases could influence a child's fears, it did not mean that all kids would experience these worries. 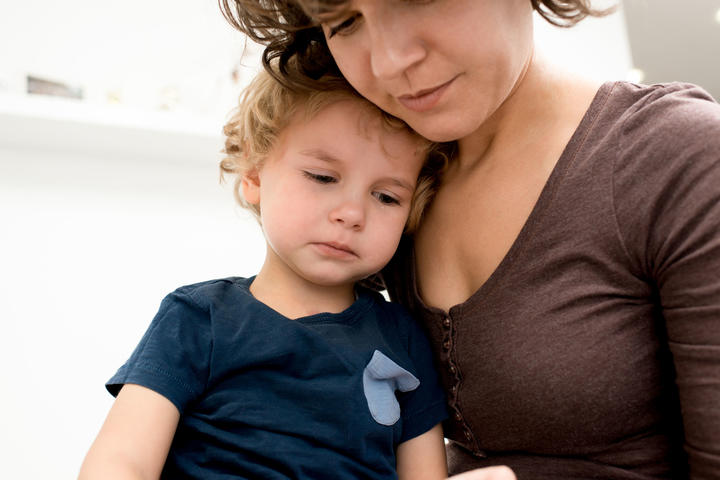 However for those who did feel concerns, it was important not to try to distract them as it could give the fears more attention.

Chasing monsters away could also add fuel to an existing fear.

"If we act like their fears are real, like 'Let's scare the monster off or let's look under the bed', then we're actually telling our child that the fear is true."

Instead parents should try to explain that it was the children's brains tricking them.

"Validate that this feels really tough, don't give too much attention to it and, then, with support, expose them to the stuff that they feel scared about in little, bite-sized, manageable chunks."

- Be aware of developmental phases and be prepared for the related fears.

- Don't try to distract the child from their fear. Instead explain that their brain might be tricking them into feeling worried when a situation is not actually dangerous.

- Avoid searching for monsters under the bed or chasing 'baddies' away as that will tell children that their fears are real.

- Check whether the anxiety is interfering with a child's normal activities and, if so, seek professional help.

- Fear can also increase muscle tension and blood pressure. Teach children breathing and mindfulness techniques so they can calm themselves down.