Adopting a child in New Zealand

It's not as simple to adopt as it used to be but RNZ's Katy Gosset finds that for the lucky few, the rewards are worth waiting for. 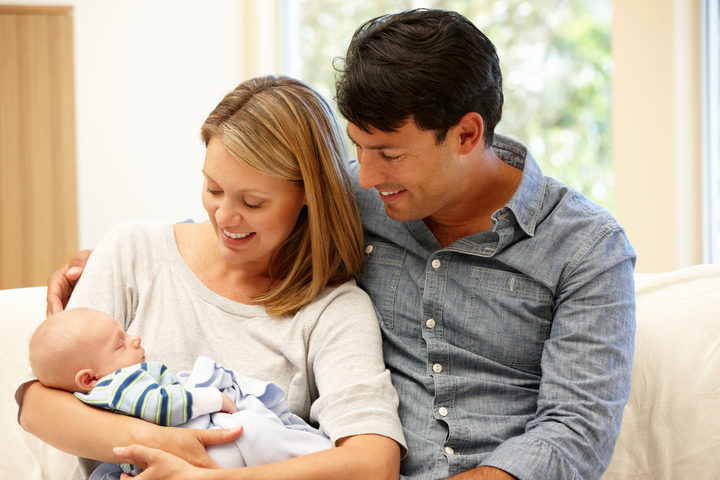 When Michelle's* daughter, Ella*, was four she asked, "Did I grow in your tummy?"

Michelle replied: "No, you grew in your birth's mother's tummy."

And just like that, they opened the discussion about Ella's adoption into the family.

"She already had a relationship with this nice woman that came around two or three times a year. It was just simply no big deal."

Under the Adoption Act 1955, there is no legal obligation for adoptive parents to maintain contact with their child's birth family.

But it is encouraged.

Other children might be placed in permanent guardianship or Home For Life arrangements.

But Ms Atrill said those who did adopt were urged by staff to help their children keep in touch with birth parents.

"We find that that helps enormously in terms of kids growing up with an intact sense of their identity." 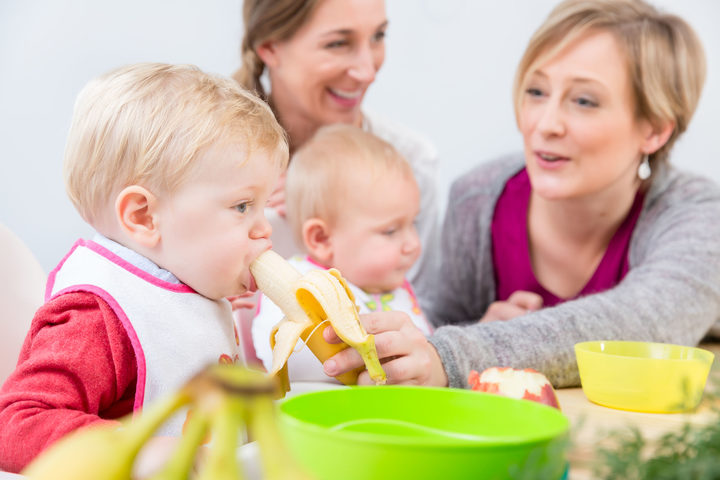 For Michelle, it came about naturally when her family moved to the same city as the birth mother.

"We have a really neat relationship with the biological mother. We see her a lot. We're pretty close. We've navigated a lot of good times and bad times together."

Some of those bad times have involved grappling with addiction.

"When someone puts a child up for adoption, there's a reason for that and, in the case of our daughter, both her parents were drug addicts."

Michelle said this meant they could be unreliable, failing to front for meetings or to visit their daughter.

"They have so many problems just coping with life so they, to a degree, have become our problems...we have to explain why all this is the way it is for our daughter, so she understands why she was given up for adoption."

Yet Ella's birth mother delivered when it counted, after Michelle invited her over to help explain the adoption to their daughter.

"We all sat down on the floor. She said that this was the most beautiful day in her life: The day that her daughter was born and I couldn't  have written a better script. It was just amazing, so that made our daughter just feel so special." 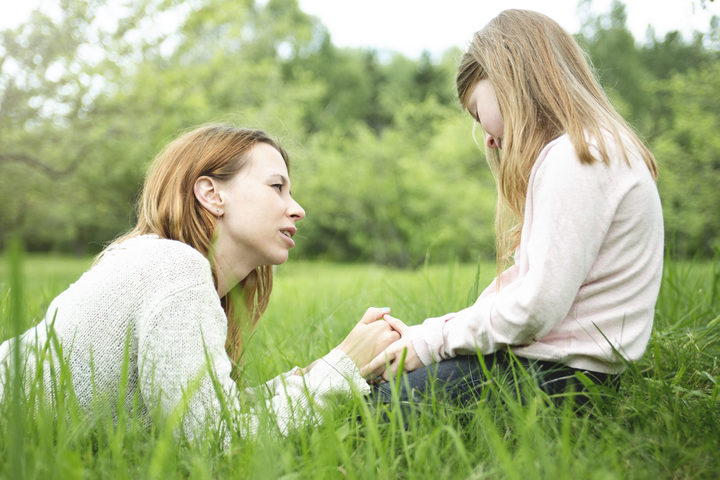 Which is important because adopted children can sometimes feel out of step with their families.

When Michelle first discovered that she could not have children, she embarked upon both IVF and adoption processes.

As a result she fell pregnant at the same time as the birth mother, but there were still no guarantees with either option.

"Most people thought, 'Well, you'll be lucky if one works.' In the end they both worked so, within six months, we had two little girls," Michelle said.

"One Mother's Day there were no children and the following year there were two, so that was a pretty amazing success story."

But Michelle believes that Ella sometimes felt different from her other biological daughter.

"How do you deal with that ? I guess you just try and be even handed all the time...you don't treat them any differently."

Clinical psychologist, Catherine Gallagher, said it was common for adopted children to feel a sense of being different from their families.

"This is really normal and rather than tell them, 'Oh, don't be silly,' you've really got to validate this worry and say things that reaffirm their precious position in the family."

One way to make sense of children's concern was to help them maintain their connection to their birth families even if there was no physical contact, she said.

"Where possible children need to learn about where they came from and what stories surround them as this helps build their own unique sense of self and identity."

It was also important to be as honest as possible with children about their backgrounds.

"So this is not a secret that you keep."

Ms Gallagher said the level of detail and the way the issue was discussed could be tailored to a child's age and needs.

"The bottom line is it needs to be talked about and children need to grow up knowing that this is part of who they are."

For Michelle, that involved drip-feeding information as her daughter became old enough to understand it.

"As a youngster we told her a simple answer and, as she's been able to take more information on board, we've expanded on that information so I think secrets are a really bad thing."

Michelle and her husband's decision to be as open as possible had enabled Ella to know her wider birth family.

"In total she's got about six half brothers and sisters and a whole team of aunts and uncles and grandparents. It's kind of cool. I just see them all as part of my extended family as well. They add to the tapestry of our family life."

But the involvement of that wider family has also given Michelle a great sense of responsibility. 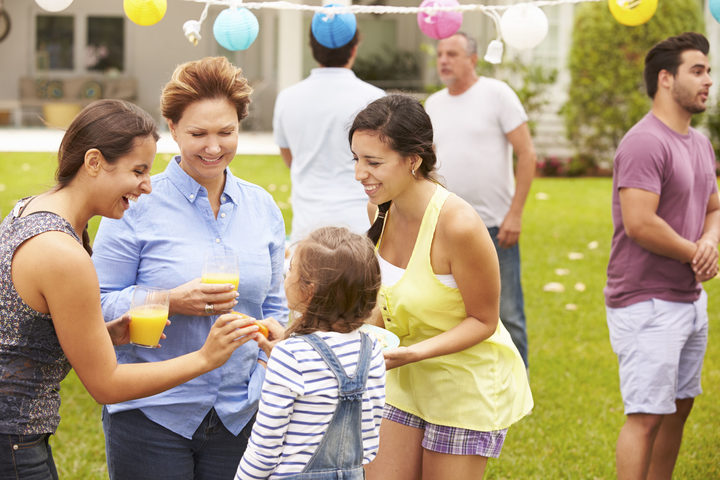 "When you're going through those really turbulent teenage years...for me there was always a great fear I was going to have to ring up her biological mum and say that something had happened to her."

She believed the responsibility to protect the child entrusted to her might even be greater than that of a biological parent.

"I was always mindful of what an amazing gift it is to be given a child and the responsibilities that come with that and, if I had somehow failed, I don't know how I would live with myself."

Ms Gallagher said adoptive parents needed to go into the experience "ready and realistic about the challenge ahead".

"So in other words, you need to go in with your eyes wide open. Love and the power of positive thought counts for a lot, however it isn't enough."

And Michelle's seen that first hand.

"Make sure you know what you're buying into...You have to be prepared to take the ups and downs."

But the joy her child has brought outweighs the many challenges.

"You just can't describe in words what it's like to be given a child when you've so desperately wanted one. And then to see that little child flourish and grow and go on and be an adult.

It's just the most marvelous feeling and you can't ever put a value on that." 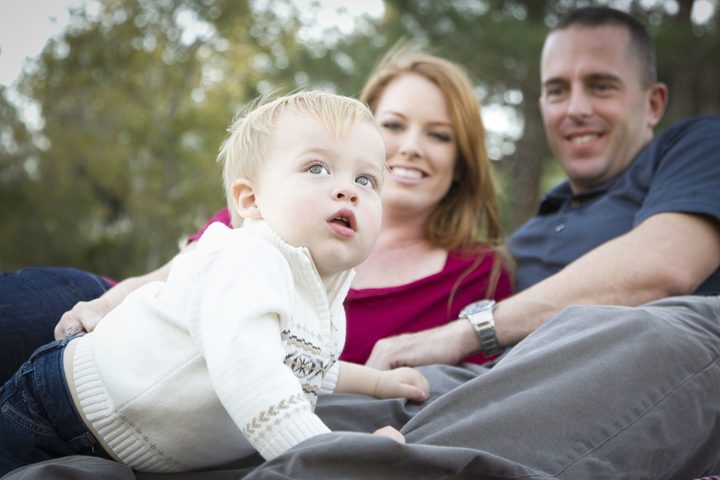 - Be prepared and realistic about the challenges and "necessary bumps in the road": "How do we resource ourselves to prepare for those bumps when they come?" Ms Gallagher said.

- Keep the communication lines open and give your child honest information about her/his background, in an age-appropriate way. Give further details as the child is old enough to understand more.

- Help your child maintain contact with her/his birth family as this will help her/him develop a strong sense of self.

- Accept that your child may feel different from the rest of the family. This is a normal feeling and should be validated rather than brushed off as silly or untrue.

- Expect that your child's acceptance of their adopted status may fluctuate as they get older and start to compare themselves with their peers and reflect more upon their identity.