Why do my children keep fighting? Katy Gosset looks at all the conflict, competition and general chaos that ensue when kids live under the same roof. 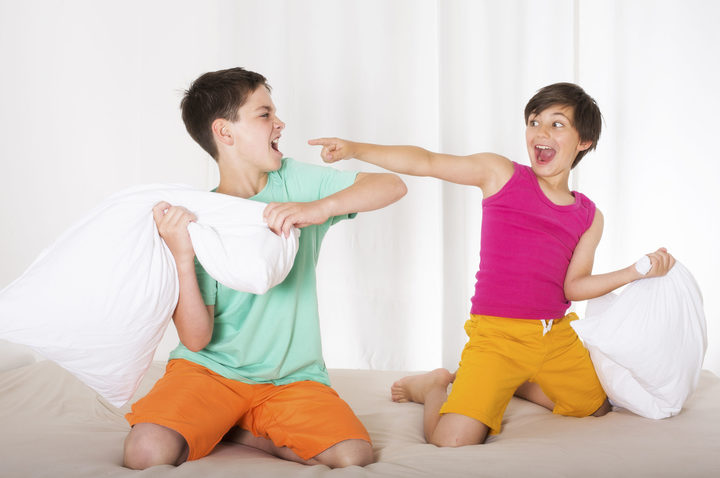 It's one of the longest relationships we'll have with anyone so why don't we show the sibling bond a bit more love?

Instead the connection between brothers and sisters is often fraught, beset by fighting and jealousy.

Clinical psychologist, Catherine Gallagher says people often prioritise romantic relationships or those with their peers or children and the sibling relationship was taken for granted.

Yet, she says, while our brothers and sisters can be “the bane of our existence”, they're also a source of great fun and huge support.

“The sibling relationship is the longest relationship that we will have in our lifetimes so it’s really worthy of attention and often doesn‘t get much.”

Except, of course, when there's fighting involved, and that is when it really grabs parents’ attention.

“[That is] often when people will come to me about this stuff, in terms of “How do I deal with this stuff?” because it can be hugely triggering for parents.”

A good starting point for understanding why children fight is to imagine how great the change could feel for a child when a new sibling arrives, she says.

“This little sister is going to make loud noises, poo a lot, take attention away from you. They aren’t old enough to play with and Mum and Dad suddenly seem tired and grumpy.”

Gallagher says all these things would take time for a child to adjust to even if a family was well prepared but the process can help build resilience.

“Adjusting to siblings can be a good model to be exposed to because it’s one of many changes child’s going to have in life.”

And the whole business of getting on with that tiresome new brother or sister can help develop skills such as sharing, conflict resolution and coping with frustration.

“It’s actually OK and, in fact, essential for our kids to be frustrated and sibling relationships are full of frustrations. So you could see as a great space to explore and experience feelings that are important as a growing human being.”

And there are some lessons too for parents about how to understand sibling rivalry and manage it better. 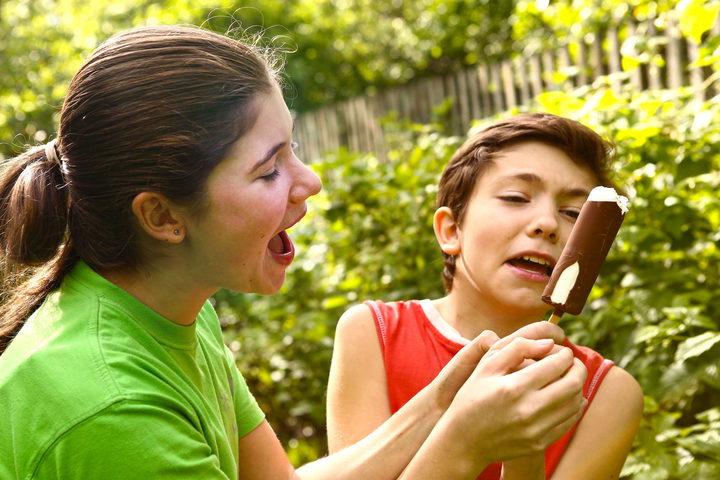 When a baby is born, head off jealousy by making time for your first child but be practical about how you can achieve that.

“You’ve got to be real. If you’ve only had two hours sleep, you’re not going to be able to jump up and be perky and bake cupcakes the next day with the wee one.”

Gallagher says the child’s needs must be met but this could be through a quiet activity or a playdate with someone who has more energy at that particular time.

She says it is also important the child has a role as the “older” brother or sister.

If kids are fighting, split them up.

She says this could shut down an argument and calm matters quickly.

“At times dividing is conquering so siblings having lots of unstructured time together can be asking for trouble.”

Alternatively interrupt a fight, explain the potential consequences of continuing and leave it up to the children.

Gallagher says if children are given a choice of stopping an argument or going into time-out they can make their own decision. “So resisting the urge to get caught up in “he said, she said”. Then kids become motivated to just either sort it out quickly or move away from the conflict.” 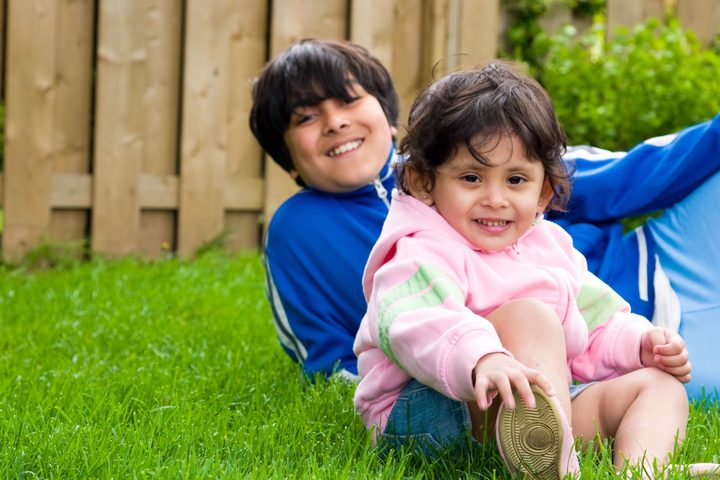 But if they’re not fighting, give that positive behaviour or “quiet play” some attention.

Parents often take advantage of children playing quietly to get on with jobs and believe their children are happy to be left alone. In reality, Gallagher says, most children thrive on parental attention and some well-timed praise at this point could encourage more quiet play.

“So again it’s about us working out that, if I end up being around kids, praising and being physically present when they’re playing nicely, that’s reinforcing to them.”

If a conflict develops, parents should deal with it in a matter of fact way, without giving too much attention to the negative behaviour.

Be clear about how the children are expected to share things

“For example here’s the remote control. You’ve both got it for half an hour. Muck around with your other sibling’s half an hour then you lose some time off yours.”

Encourage children who struggle to manage their emotions to join in.

Some children find it hard to socialise easily, even if it is just with their siblings. It helps to work out what they need to manage a social activity and plan it accordingly, Gallagher explained.

“It might be that for that particular child, they play with the bigger group, or with their sibling, for a little bit in a highly structured activity and then they come away, calm [down] and regroup and then they can go back in there again,” she says. 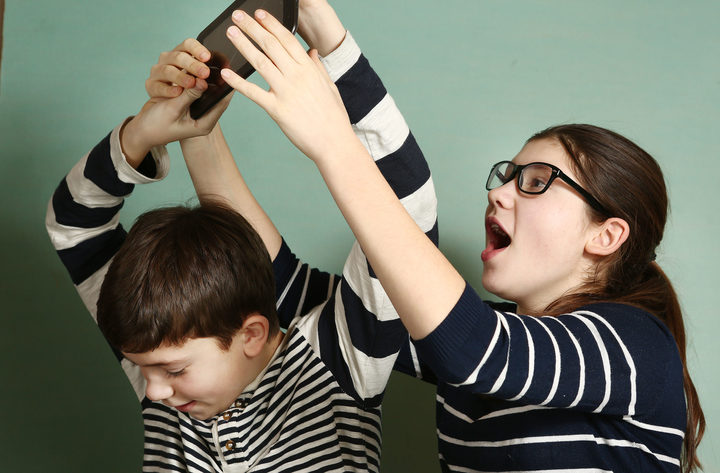 And be realistic about how much social contact some children can tolerate.

Gallagher says parents have an assumption that their children “should be able to play nicely” and if they don't,  there's a temptation to storm in and tell them off.

“Because it was what we wished for but it was never going to happen so sometimes we’re setting the system up to fail.”

Teach your children to understand that others, including their brothers and sisters, may be better at something than they are.

It is natural for siblings to want to compete but children have different talents and parents could want to protect them from that realisation. Gallagher says parents should help them to face it instead and this would build confidence.

“Sometimes you need to cuddle them and say “It’s hard, isn’t it, when you want something and you can’t have it.” So, not to rush into problem solving but to sit with the feeling.”

She says parents should also encourage children to identify what their own strengths might be.

Allow sibling bantering as it can be the first chance to build the resilience needed when a child starts pre-school or school.

Gallagher warns that “sanitising” the home environment and protecting children too much could leave them unprepared for teasing. “Because the child is going to be completely crushed when they go to school and someone says “You’ve got a big nose" or “You’re not so good at that”.  She says kids need to be aware that other children have different skills and some of them might point that out. 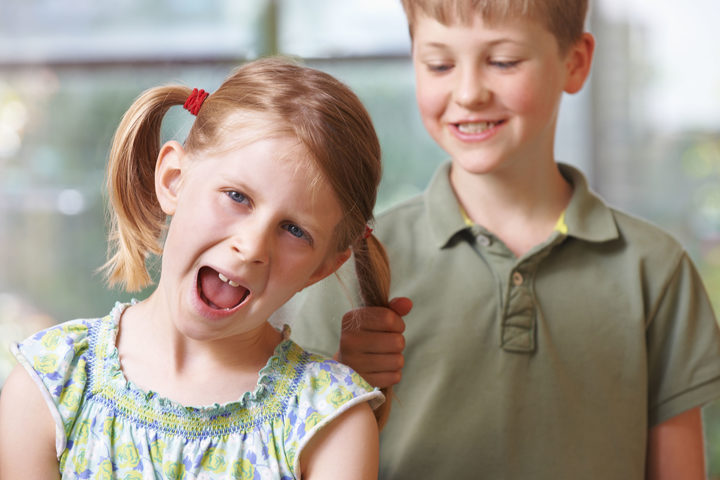 But be wary of sibling conflict that goes too far and becomes demoralising for a particular child.

Parents should keep an eye on this and stamp out any real negativity, Gallagher says.

“Because there’s a difference between healthy sibling rivalry and a child who is provoked and ridiculed for a lack of ability and siblings can be cruel.”

Accept that things won’t always be fair and help your child to cope with that.

Gallagher says parents can feel pressure to make life fair for each child, especially as children were good at pointing out perceived inequalities.

“In reality, life isn’t fair and, if parents can be confident that they will do their best to try to meet each child’s needs, then we can step out of the fairness trap and help our children tolerate frustration which is a really vital life skill.”