It's the wee things: advice on toilet training

Ah, toileting training. It has to be done but sometimes it can feel like it will never end.

Katy Gosset looks at when to do it, how to do it and why it can seem like everyone else is doing it better. 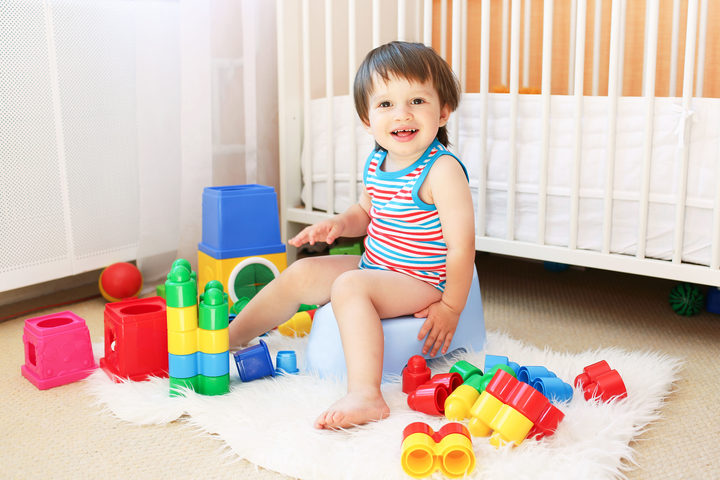 It may not be celebrated like the first smile or the first unsteady steps, but your toddler's first wee on a toilet is a significant step.

When it's not happening, that's an even bigger deal.

"Peeing and pooing" are among the issues that create the most worry for parents, says clinical psychologist Catherine Gallagher.

"If you're so stressed about it, this can make the whole thing hard to deal with calmly."

Good resources by organisations, such as Plunket, are readily available, but the concern for parents came from knowing when and how to apply the information, Gallagher says.

"Like all parenting decisions, the sources of information that can advise what we should do are many and varied and this can make us feel really confused about what is the right thing."

What made things harder is children are "never textbook" and sometimes don't fit the conventional mould.

"Sometimes our kids step outside the curve."

Some resources are aimed at so-called "normal developmental curves", she says.

Many parents feel as though they're in competition with other parents who appear to be more successful at toilet training their children.

"Sometimes there can feel like no more ruthless a judge than another mother whose son is happily running around in his undies."

Parents often feel huge anxiety about their role and milestones provided a point of comparison, which leads some to feel they are getting things wrong.

"Not being quite right does not mean "wrong". It's just a lovely, grey area where we spend a lot of our time as human beings."

"Because I think if you hope and expect that all parents are going to be on the same team, you're going to be sorely disappointed."

The anxiety of the task means parents could make themselves feel safer and more confident through comparison with others, she says.

"If we can look at someone else and go "Phew, at least we're doing better than they are. At least we're not stuffing it up too much'." 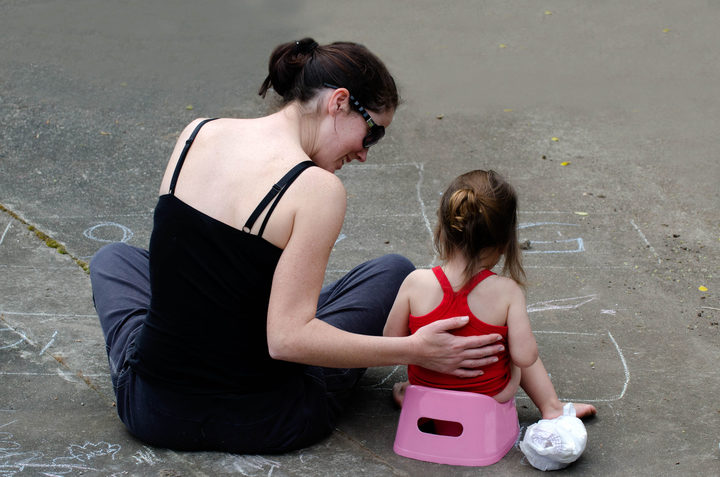 While most parents meant to be supportive, child rearing can be a "dog-eat-dog world", Gallagher says.

And despite best efforts, some children will experience developmental delays.

Up to 4 percent of those aged between 4 and 12 would still wet themselves during the daytime, as would 15 per cent of 5-year-olds, Gallagher says.

At least 5 percent of 10-year-olds will still be wetting their beds at night.

But she warns parents not to be alarmed.

'[It's] really important not to panic. In a lot of cases, this might well right itself of its own accord.

However, if children over five were still wetting during the day or children over seven were doing so at night, parents could seek support through their GP, Nurse Maude or the public health nurse, she says. 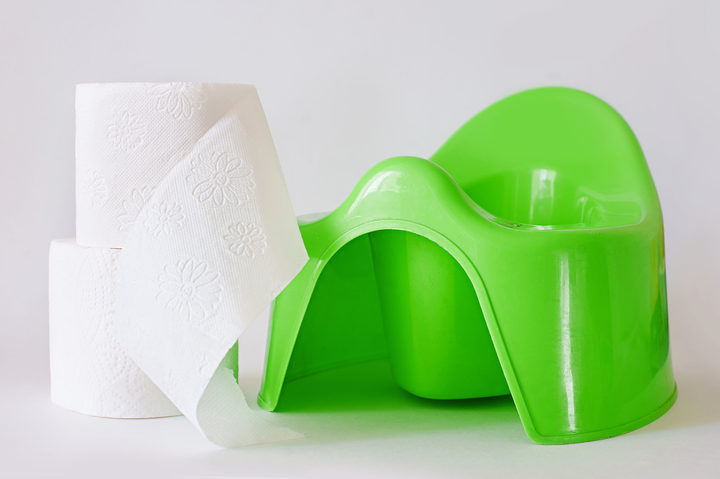 The Ps and Qs of Toilet Training

Practicality - Parents might not be happy about bed wetting but, whilst it's happening, it pays to be practical

"Prepare the bed with a plastic mattress cover. So we aren't crossing our fingers and hoping for the best. We're dealing with reality and it might be that your child's a wetter at the moment."

"Praise, praise and praise again. This is effortful so, if you see your child making movements even from a bigger patch of wee to a smaller patch of wee, or one wet as opposed to two, these are all fantastic gains and need to be really praised." 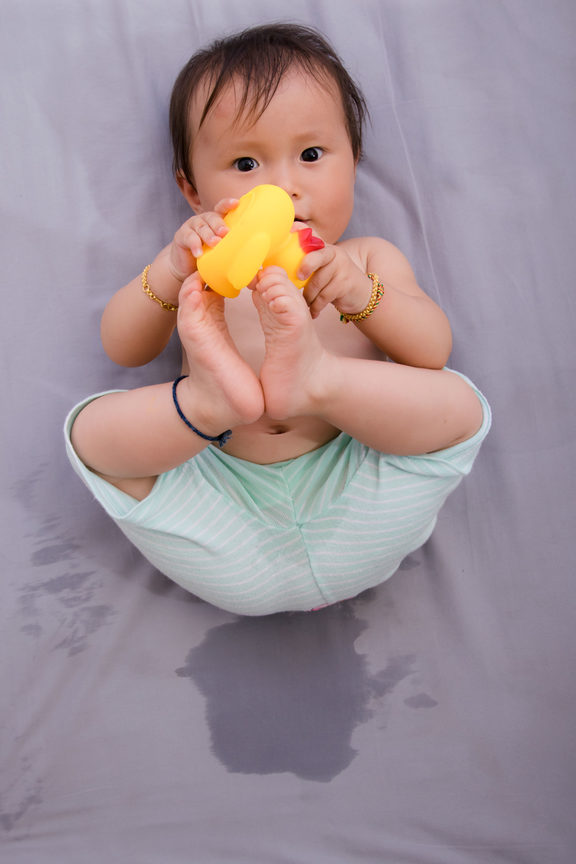 Quell any frustration over bed wetting

Gallagher says a child can't help losing bladder control whilst asleep. "Try and not get angry. This is not something they're doing on purpose."

Some parents help their children to the bathroom and back again whilst they were half asleep. "The whole idea is them being alert enough [] and [then] their body starts to train. So this is not about trying to teach them to do this stuff while half asleep."

Participation of the child in the clean-up

Gallagher suggests children help change wet sheets, not to punish them but so they can experience the inconvenience of bed wetting.

"When you do wet, there is a changing of the sheets, there is a getting in the shower and dealing with all those kinds of things so it may well increase their motivation."

She says rewards systems were also useful in bringing about dry nights, although this could be confusing for parents.

"They think, "Well, if a reward would work, does that mean they're doing this on purpose?" Absolutely not, but what a reward does is increase motivation to at least try and [] be an active participant rather than someone []this is happening to."

Quiz children to establish whether any other issues were at play

Sometimes a child who has only recently been dry would starting wetting again because some new concern is requiring all their efforts, Gallagher says.

"If it's a newly acquired developmental skill, if some stress comes on that requires the resources so the stuff they've just recently learned tends to fall away a little bit."

She warns that older children who've been dry for some time and started wetting again might be grappling with some more serious issue. If so, it's likely there'll be other behavioural changes.

"It's important just to check in with your child [] about what might be going on for them so [the wetting] can be a signal that the child is experiencing some emotional distress." 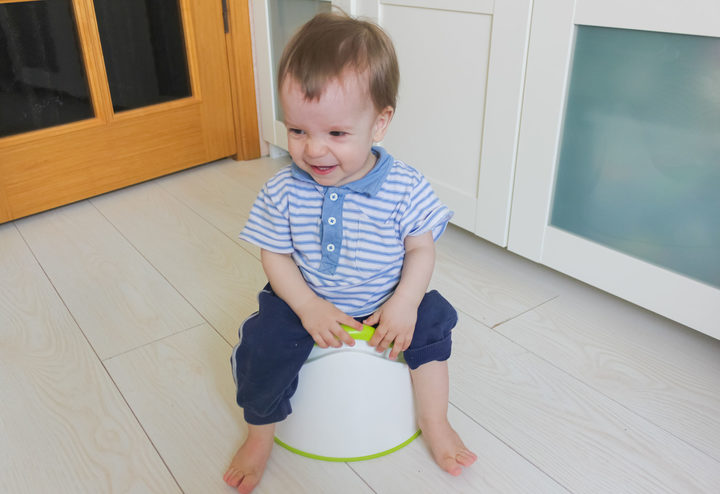