Changing roles, gender stereotypes and being the only bloke at the coffee morning. Modern fathers have more options to spend time with their children but that can bring different pressures and expectations.  In this episode of Are We There Yet ? Katy Gosset looks at navigating fatherhood in 2017. 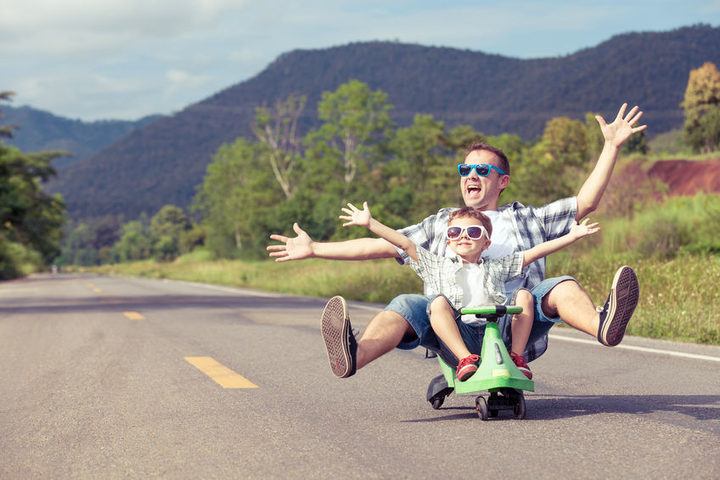 We’ve all seen them – men jogging behind prams or striding about with tiny babies in front packs strapped to broad chests.

The modern dad often looks effortlessly comfortable in this role.

But fathers can find it just as tricky as mothers to adjust to the change in lifestyle.

“You don’t have much of a chance to go out. Most of the conversation revolves around the baby. That's all great but it's completely different to what life was like beforehand.” Father of one

“You’re going to be at home a lot. You'll be at home for some hours sometimes in the middle of the day. I [used to do] a lot of activity so I found that quite a shock.”  Father of two 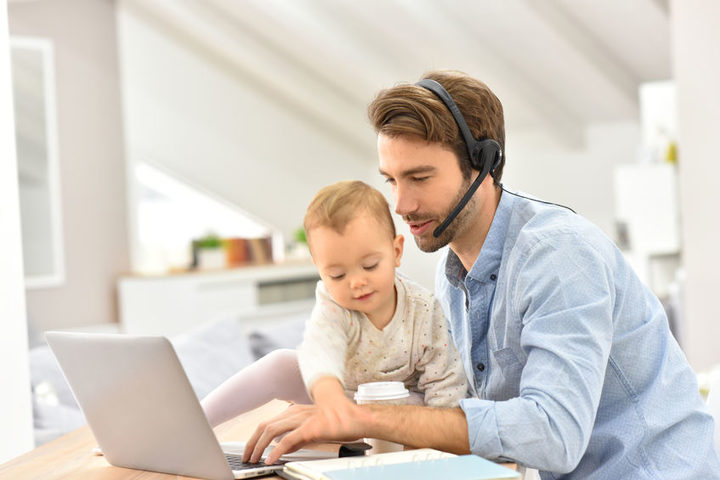 They’ll find themselves too in different environments; coffee groups, music sessions and, more often than not, surrounded by women.

It takes a bit of getting used to…

“I remember going to a music thing at a local church with our baby. It was all women. I was the only guy and I just felt so isolated. It was a really unpleasant experience.” Father of two

For another man, the women present were “super supportive” but he was aware of other, less positive, anecdotes.

“I’ve heard stories of family rooms where fathers have been present and mothers have scoffed at their arrival into the room but it’s never happened to me.” Father of two.

“You have these funny little interactions: “Oh Daddy Day Care is it today?” That sort of stuff used to wind me up a bit.” Father of two.

Also irksome were double standards from stay at home mums. In one man’s case he saw a local mother several times as he walked to various chores.

He found it an odd comment from a fellow stay-at-home parent.

"What was her expectation that, because I was a guy I should be working as well ? I found that wound me up quite  bit.“ 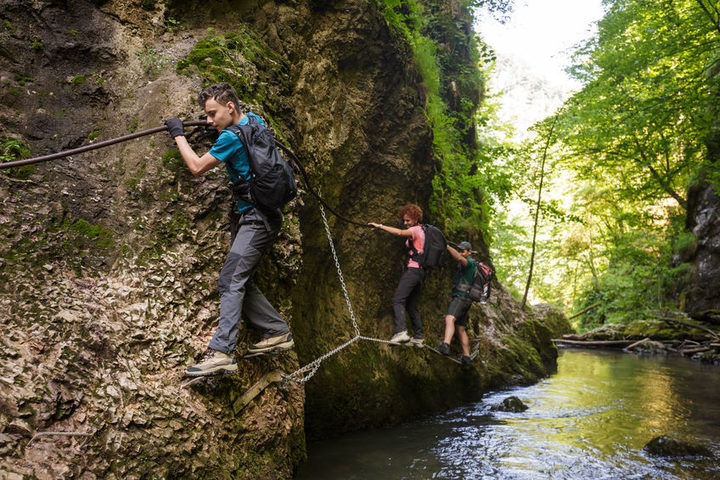 And then there were the societal expectations that men felt to be a certain kind of dad.

“I feel like the father has to sometimes initiate great adventures with their kids so that expectation makes it tricky." Father of two

“I don’t feel the responsibility to be the rough and tumble person. I do all the dancing with the kids. The girls crank up Nicki Minaj and we dance around the lounge.” Father of two

"I feel it from inside myself. I want to be the best parent I can and I want to make my child happy." Father of one.

Although, for this father, the pressures more than made up for the challenges

"It sounds cheesy to say it's a wonderful thing and it's a life changing experience but it really, really is." 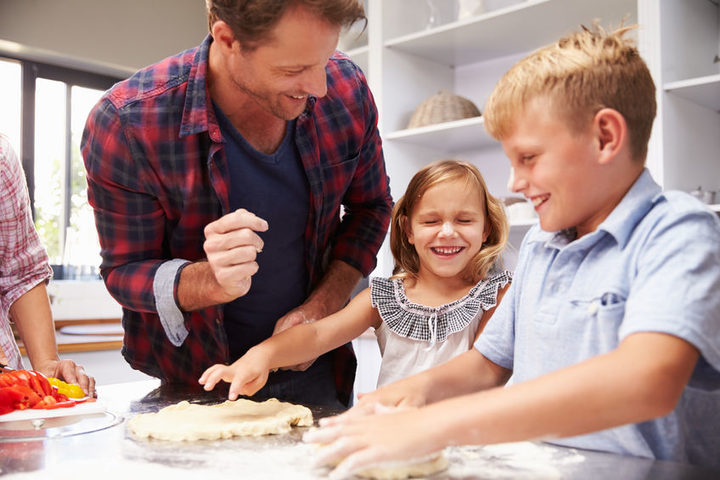 Clinical Psychologist, Catherine Gallagher, said one of the challenges for modern fathers was that roles had changed and traditional expectations of fatherhood might no longer fit.

And she said, while greater flexibility in roles could offer freedom to parents, it also brought pressure.

She said, while some men were comfortable as primary breadwinners, they might feel guilty to discover other dads were doing more at school and talking to their children about emotions and other matters.

Likewise, stay-at-home dads could feel uncertain in this new role.

"What happens when it comes to the coffee mornings and I'm the one who turns up with the baby.

"How does that feel in terms of my messages to myself and society's messages to me about what a father should be doing ?"

Ms Gallagher said parenthood was a major adjustment for anyone and men should talk to their partners about the changes that would occur and the new emotions they might feel.

"Men need to be given permission to feel those strong feelings because it can take you by surprise."

She said many mothers had close female friends to confide in but some men might struggle to articulate their emotions to other men.

Ms Gallagher said common feelings were guilt about how well they were doing as fathers, anger at disrespect expressed by their children or anxiety over their children doing a particular activity.

"They're probably experiencing emotions they've never had in their lives and so some support and some normalising around that is really important." 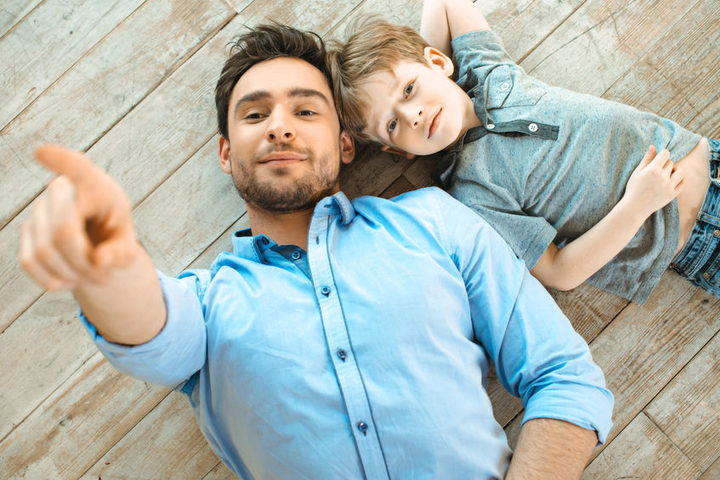 Importance of the father's role

"Kids don't do as well if dads aren't in their lives."

Some of the benefits came in the form of a different attitude.

"A male way of doing things has great value. It's OK not to talk things to death."

She said, while it was a generalisation, men often talked less about issues and there was value for children in witnessing different types of problem solving.

Those differences also helped children to learn about dealing with disagreements.

"Do you shout the other one down or do you go "OK, how do we find a common ground ?"

A man's larger than life presence and voice also added a fresh dimension to parenting, enabling children to be more exuberant and passionate.

"Kids working out that a big loud voice isn't always an angry voice, especially if I'm a boy, being loud isn't always something to be shushed." 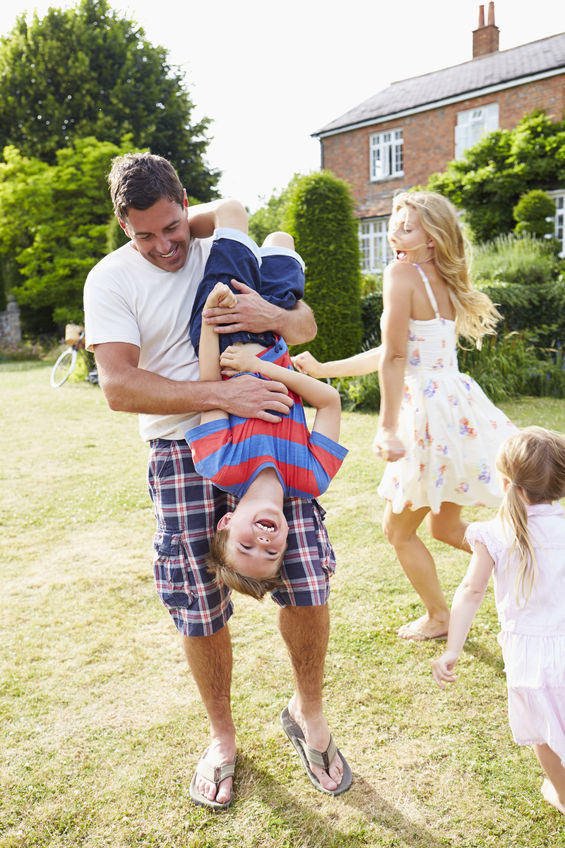 Ms Gallagher said the interaction between parents helped children to cultivate their own responses to different experiences.

"If they get to see healthy relationships modelled for them in terms of males respecting females (their Mums), that's good for girls and for boys."

She said children watched and listened to their parents constantly in order to learn.

"Although that can feel like a pressure as a parent, it's also really important to see it as a great opportunity to model behaviours and to have some influence

What to say at the coffee morning

Ms Gallagher said men confronted by new experiences such as a female-dominated coffee morning should be upfront about their feelings.

"To say "Hey, look, this is all new to me. or "Just know I'm feeling really uncomfortable" and that's a really brave thing to say."

She said being open would help to break the ice and to establish relationships.

"The thing that parents have all got in common is anxiety."

Ms Gallagher said, while many men might consider spending time with their children as a privilege, they should not give up other important aspects of their lives, such as sport or catch ups with other male friends.

"How do I make sure that I still get to do the things that are about me and help me feel settled in my own skin." 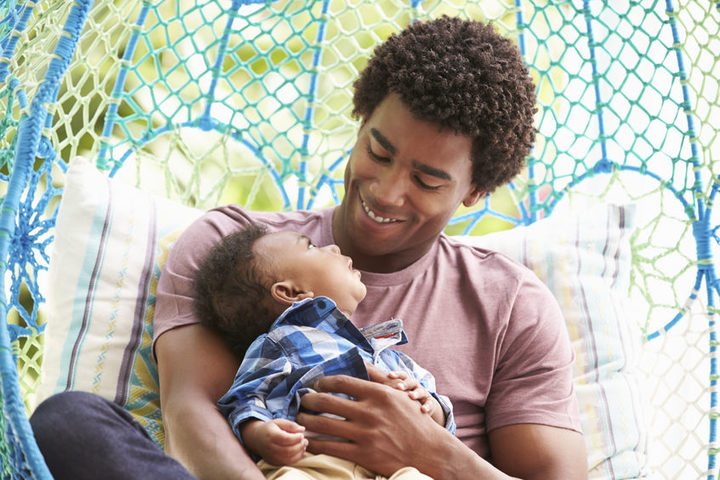