Ethiopia is hailing the return of precious artefacts looted by British soldiers more than 150 years ago, after a long campaign for their restitution. 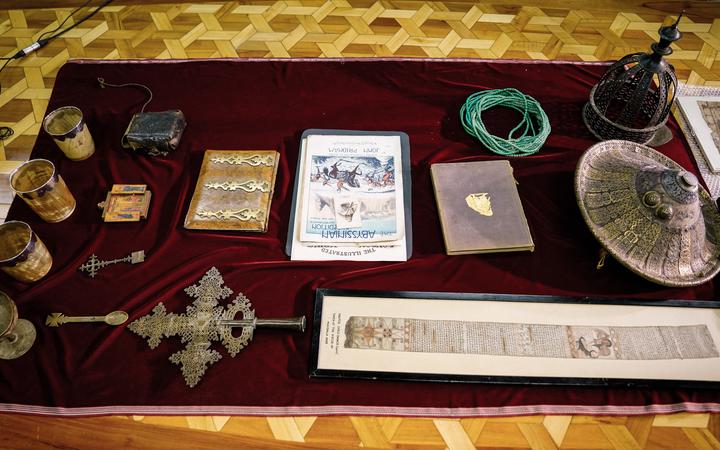 The items on display at the National Museum in Addis Ababa, Ethiopia, two months after they were formally handed over at a ceremony in London. Photo: AFP

The collection - recovered from Britain, Belgium and the Netherlands - includes a ceremonial crown, an imperial shield, a set of silver-embossed horn drinking cups, a handwritten prayer book, crosses and a necklace.

Most of the items were plundered by the British army after it defeated Emperor Tewodros II in the Battle of Magdala in 1868 in what was then Abyssinia.

The treasures were unwrapped before the media at Ethiopia's national museum on Saturday, more than two months after they were formally handed over at a ceremony in London in September. 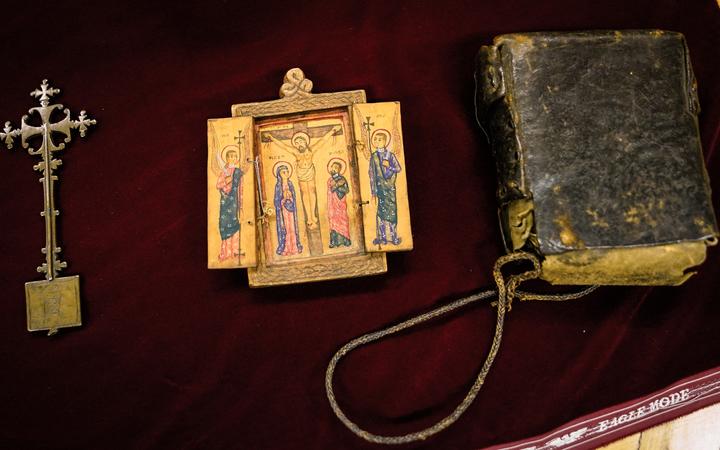 The handwritten prayer book is among items that have been returned. Photo: AFP

Ethiopia said it was the largest such repatriation of artefacts to the country, with its ambassador to Britain, Teferi Melesse, describing it as of "huge significance".

Calls have long been mounting in Africa for Western countries to return their colonial spoils, with many prized national treasures held abroad in museums or sometimes private collections. 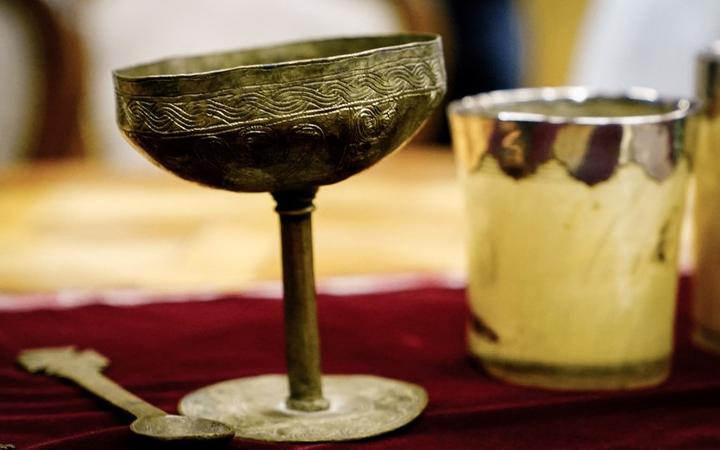 Earlier this month, the West African state of Benin welcomed back nearly 30 royal treasures seized during France's rule more than 130 years ago.

The Ethiopian government is still fighting for Britain to return other stolen artefacts including sacred wooden and stone tabots or tablets, which represent the Ark of the Covenant.

The tabots are housed in the British Museum in London - which has a vast trove of foreign treasures - but have never been put on public display.

Ethiopia is also seeking the remains of Tewodros' son, Prince Alemayehu, who was taken to Britain after the emperor committed suicide following his battlefield defeat.

"A variety of artefacts which are a legacy of our culture and values were looted during the battle and taken out of the country illegally," Tourism Minister Nasise Challi said.

"Countless of our artefacts are found in various museums, research centres and in the hands of private individuals," she said at Saturday's event, appealing for their return. 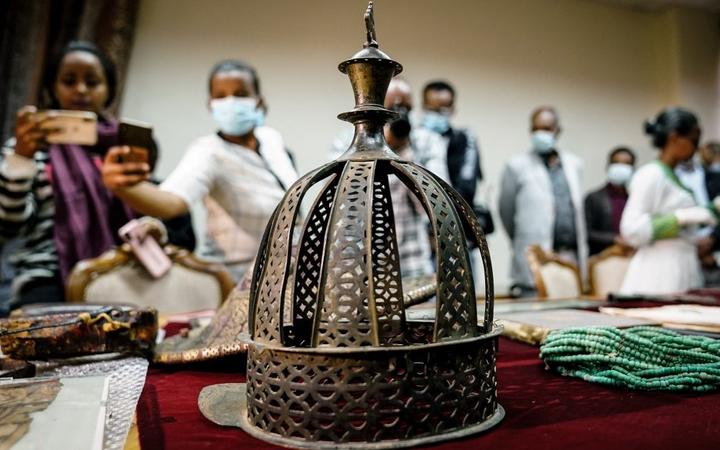 Ethiopia, one of the world's oldest countries with a rich and ancient cultural and religious heritage, says it considers the ransacking of Magdala a "great injustice" that has been a thorn in relations with Britain.

Several of the returned items were due to be auctioned but were bought by the non-profit Scheherazade Foundation with the aim of repatriation. 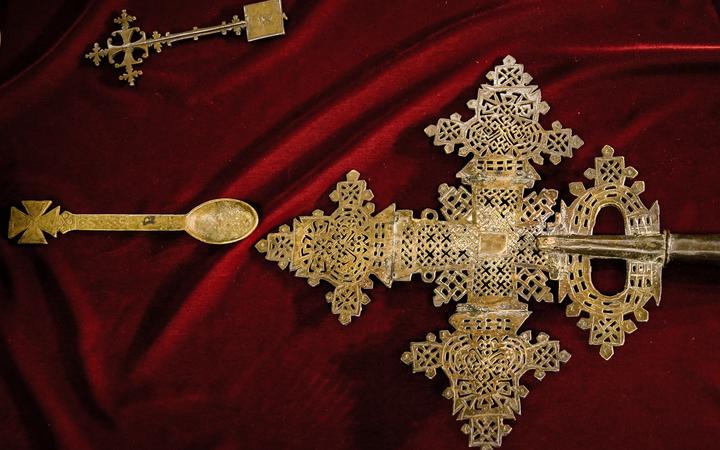 Others were acquired from private dealers or investors.

Among them was a set of medieval manuscripts dating back to before the 18th century, which had been due to be auctioned in the Hague.

Ethiopia is also negotiating for the return of a bible and cross that were set for the auction block in the United States.

"These restitutions are taking place in a global context where the role of museums in portraying colonial histories and the legitimacy of displaying looted artefacts is being questioned," Ethiopia's National Heritage Restitution Committee said in a statement in September.