Former Minneapolis police officer Derek Chauvin has filed an intent to appeal with the Minnesota state appellate court in his murder conviction for the death of George Floyd. 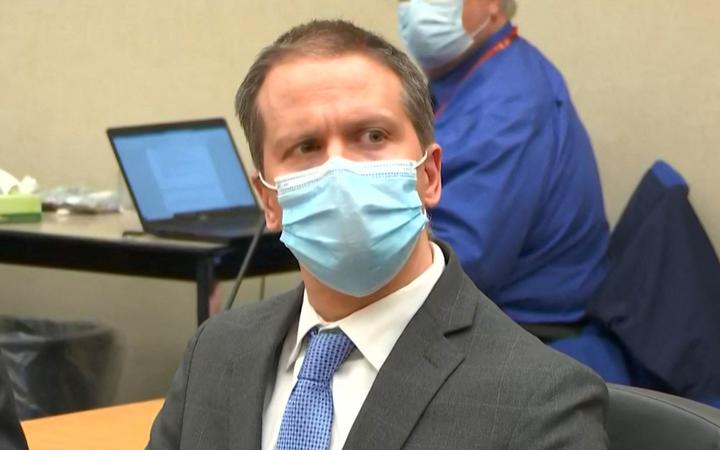 A jury found Chauvin, who is white, guilty in April of unintentional second-degree murder, third-degree murder and second-degree manslaughter in the death of Floyd, a Black man. The verdict was widely seen as a landmark rebuke of the disproportionate use of police force against Black Americans.

The video of Chauvin kneeling on the neck of the handcuffed Floyd for more than eight minutes during the arrest caused outrage around the world and the largest protest movement seen in the United States in decades. 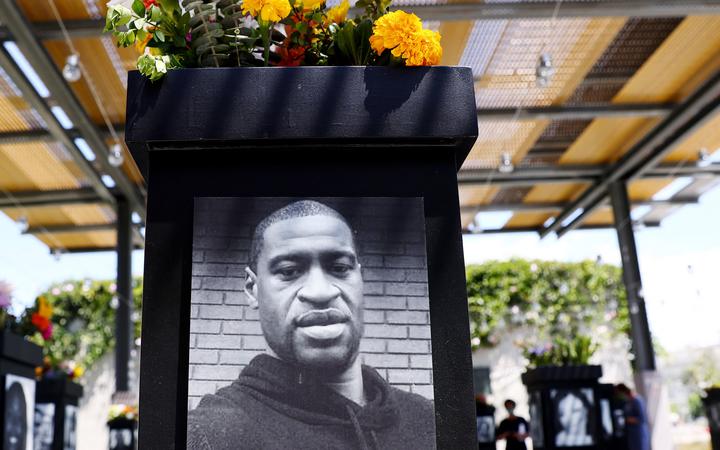 A photograph of George Floyd that is part of an exhibition in San Diego. Photo: 2021 Getty Images

Chauvin was jailed for 22 and a half years in June.

In documents filed on Thursday and seen by Reuters, Chauvin raised 14 issues about his prosecution, including the court's denial of a request for a change of venue, that he believed supported his request for an appeal.

The Minnesota District Court could not immediately be reached for comment.

Chauvin said that in his opinion the judge abused his discretion when he denied requests to sequester the jury throughout the trial, denied him a new trial due to what he described as juror misconduct and did not allow him to strike what he said was clearly biased jurors from serving on the jury.

Chauvin also listed issues with the trial itself, including the addition of the third-degree murder charge and the court's failure to make an official record of numerous sidebars throughout the trial.

Separately, Chauvin filed a motion to put the appeals process on hold until Minnesota's Supreme Court reviews an earlier decision to deny him a public defender to represent him in his appeal.

In an affidavit, Chauvin said he has no attorney in the appeals process.

He said he has no income apart from nominal prison wages, adding that his case was paid for by the Minneapolis Peace and Police Officers Association but it stopped paying for his legal representation after his conviction and sentencing.