A man has been arrested on suspicion of murdering London teacher Sabina Nessa, whose death has again cast focus on the issue of women's safety in the UK's capital. 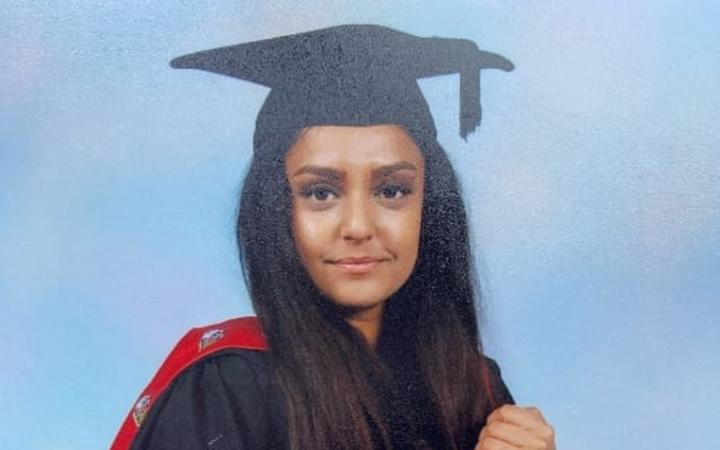 It is believed Nessa, 28, was killed last week on a five-minute walk from her south-east London home to a pub, where she planned to meet a friend.

She never arrived and her body was found in a nearby park the following day, but a post-mortem examination could not conclude how she died.

After six days of investigation, police said on Thursday evening local time that they had arrested a 38-year-old man on suspicion of murder.

A man in his 40s had previously been arrested and released in connection with the case.

Investigators also released images of a different man they wanted to speak to, who was captured on CCTV in the area on the night Nessa died.

The images showed the man, dressed in grey pants and a black top, walking down the street, and a silver car that police said he had access to.

"Any information as to his identity or whereabouts could be vital for our investigation," Detective Chief Inspector Neil John from the Metropolitan Police said.

Officers had said they were probing whether Nessa was attacked by a stranger.

Prevention of violence should be greater priority - mayor

Nessa's death is the latest high-profile crime where a woman was victimised on London's streets.

Khan said more could be done to curb violence against women both in the home and on the UK's streets.

"Outlawing misogyny, making it a hate crime, making the harassment of women in a public place a criminal offence," he said.

"I think this deserves the same priority as counterterrorism."

A vigil for Nessa is planned for Friday evening local time.