There were 12 deaths and 1259 new community infections of Covid-19 in NSW over the 24 hours to 8pm yesterday, the premier has announced. 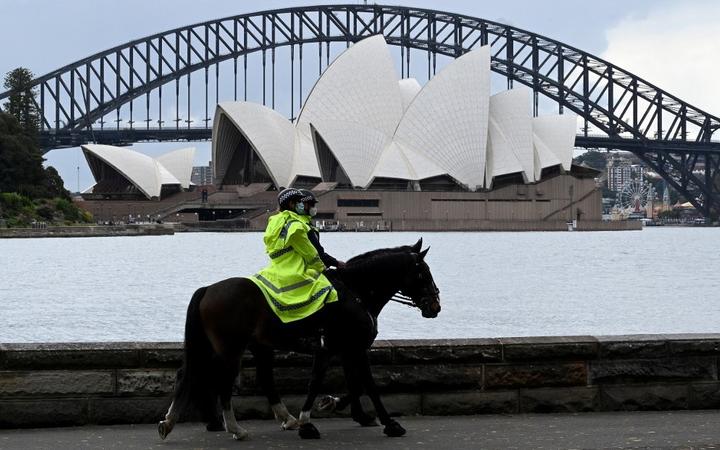 Police on patrol near the Sydney Opera House. Photo: AFP

At a media briefing in Sydney, Premier Gladys Berejiklian also said that the state has for the first time hit an 80 percent single dose vaccination rate for those who are eligible.

Currently, 47.5 percent of people are fully vaccinated - the figure needs to be 70 percent for more freedoms.

"I can't thank the community enough for responding in such a positive way for our calls to get vaccinated," she said.

Among those who died 10 people were not vaccinated, one had received a single dose and a man in his 90s was fully vaccinated but had underlying health conditions.

Berejiklian said evening curfew for 12 Sydney local govt areas of concern will be lifted from tonight.

She urged people in those 12 LGAs of concern to stick to the rest of the rules in place.

"We've seen a stabilisation in the last few days and we don't want to see that trend go the wrong way. We still have work to do," she said.

Yesterday NSW announced 1127 cases and two deaths had been recorded for the previous 24 hours. 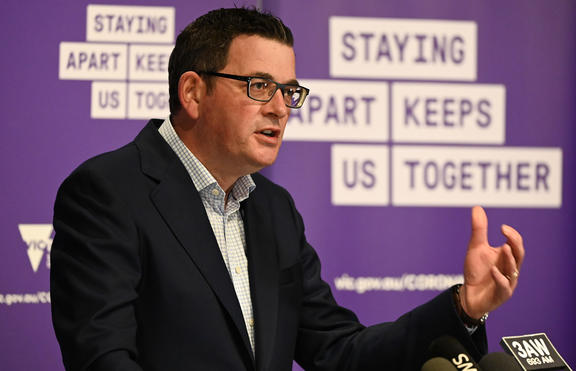 There were 54,649 test results received on Tuesday, and 41,856 doses of vaccine were administered at state-run sites.

Premier Daniel Andrews will unveil a detailed roadmap out of lockdown on Sunday.

"It will be subject to all sorts of things including how many people are in hospital."

St Vincent's Health Australia has announced it will mandate vaccinations for all staff, volunteers and contractors at its facilities.

It follows Racing Victoria announcing its own mandate for all trainers, jockeys and staff to be vaccinated with at least one dose by the day of the Caulfield Cup on 16 October.