Jared Chaitowitz has a fleet of around 300 rental bikes in Cape Town, South Africa. He relies on a steady supply of spare parts - from pedals to bells - to keep them running. But there's a problem. 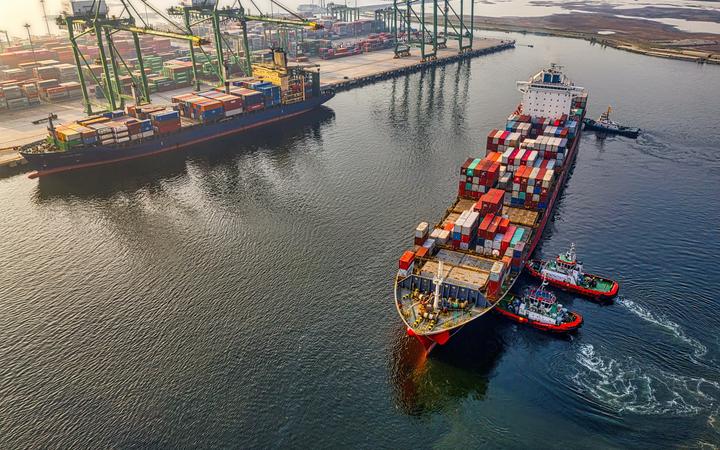 The container shipping industry is "creaking" under the strain of high demand at the moment, says Rose George, author of Ninety Percent of Everything, a book about the shipping industry. Photo: Unsplash / William William

"The guy that supplies the tyres that we use on our bicycles, earlier this year gave us a 10 to 12 month waiting period for new tyres," says Mr Chaitowitz, of Up Cycles. "It's been stressful."

The pandemic sparked a global cycling boom prompting an increase in demand for bikes whilst simultaneously wholesalers have been stung by a worldwide shipping container shortage.

Chaitowitz is juggling multiple challenges to keep his business operating. He is also waiting for a container with 50 brand new bikes from France, though he says he has no idea when it will actually arrive.

And months ago, a local business asked him to repair some bicycles earmarked for donation to charity. That charity work is on hold because Mr Chaitowitz can't get hold of the components he needs.

Chaitowitz has taken to sourcing spare parts where he can from local bike shops. "A lot of times, they've been quite generous and able to help," he says. But it's far from an ideal solution.

Chaitowitz is not alone, many businesses around the world have faced similar logistical headaches lately.

Lockdowns led to a massive drop in retail purchases, followed by a sharp rebound as countries started to open-up again.

At present, hundreds of container ships are queuing for access to overloaded ports, mostly in the US and China.

In addition, in Europe and the US, lorry driver shortages mean it is harder to move containers on to their destinations once on land. And port closures caused by Covid-19 outbreaks have further exacerbated the traffic jam.

It's become common to hear stories about containers left idling on quaysides for months on end. Plus, prices for containers are through the roof.

Sending one 40ft container from Asia to Europe costs $17,500 ($NZ25,600), more than 10 times the price of a year ago, says George Griffiths, editor of global container markets at S&P Global Platts.

He adds that some shipping companies are now charging premium rates to guarantee delivery within a few weeks, for example, and that importers are also attempting to outbid one another, offering extra cash to snap up containers over their rivals.

"It's really starting to bite in the market," says Mr Griffiths. 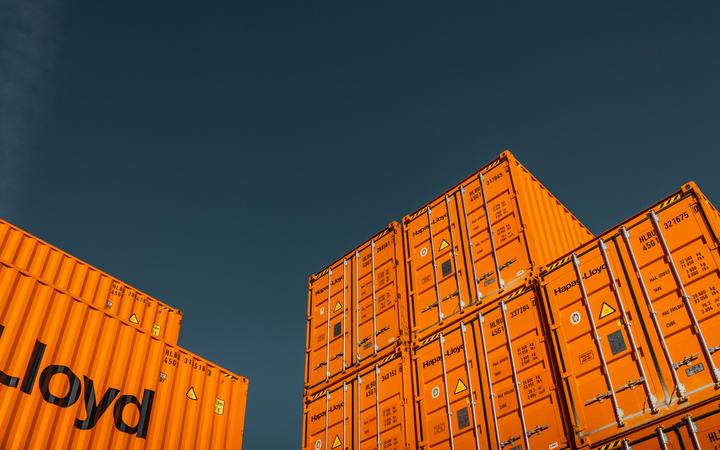 It all begs the question - is this just a momentary supply chain blip, or a sign that the great behemoth of container shipping can no longer keep pace with our changing world?

"It's always been absolutely vital, it's just never been noticed," she adds. It's taken the current crisis to highlight how crucial shipping is to the global economy."

Recently, some big businesses have even decided to purchase their own containers and charter ships independently in response to shortages. Among them, the US giants Walmart and Home Depot, and the Swedish furniture brand Ikea.

A spokeswoman for Ikea confirms that the company has bought additional containers and chartered vessels in order to redress a product shortage.

"We have also sent goods by train from China to Europe and we have invested in temporary intermediate warehouses in China, Vietnam, India, Indonesia, and Thailand to support production," she adds.

From toys to cars, countless industries rely on shipping containers moving steadily and continuously around the globe.

"I have a gut feeling that… we're going to see empty shelves," says Stavros Karamperidis, head of the Maritime Transport Research Group at the University of Plymouth, referring to the Christmas period. The particularly severe lorry driver shortage in the UK could make this especially pronounced in Britain, he adds.

Lorry driver shortages are particularly acute in Britain, in part, due to EU workers leaving the UK following Brexit as well as during the pandemic plus tax changes making it more expensive for drivers from elsewhere in Europe to work or be employed in the UK.

While shipping firms are expected to make record profits this year, to the tune of many billions of dollars, they continue to be beset by problems.

"We have deployed more vessels and containers than prior to the pandemic, yet we still see unfortunate delays leading to missed sailings and missed capacity," says Concepción Boo Arias, a spokeswoman for Maersk, the largest shipping container line in the world.

Delays in ports are having knock-on effects on ship schedules, she says. A couple of days' hold-up at one port can end up adding two weeks to a container ship's total journey time.

The current pressures are creating awkward situations - such as empty containers piling up at some ports while becoming scarce in others.

So what can be done?

Jack Craig, head of global technical at APM Terminals, which is owned by A.P. Moller - Maersk, emphasises the role that data and automation can play at ports. Automated checkpoints at Gothenburg in Sweden, which scan every container coming into the port, have reduced idling times by 30 percent, he says.

But large infrastructural interventions are tougher. A brand new container ship takes about two or three years to build, so any vessels ordered now will not be able to assist in the short-term.

Griffiths adds that uncertainty over how best to meet new regulations on shipping industry emissions, expected in 2050, also means that some companies are wary of expanding their fleets at present.

For decades, container ships have become bigger and bigger. The largest in the world today can hold nearly 24,000 TEUs (twenty-foot equivalent unit) - that would allow 24,000 containers, each one 20 ft (6.1m) in length, to be packed on to a single vessel.

But such ships require large, deep ports and giant cranes, which limits where they can go. They also place heightened demand on resources at ports where they do call, says Dr Karamperidis. He argues that a greater number of medium-sized vessels could help to make supply chains more reliable in the future.

Marc Levinson, an economist and author of Outside the Box, a book about globalisation and container shipping, agrees that smaller ships are easier for ports to handle.

Levinson adds that businesses may also have to rethink their reliance on global supply chains that bring parts or products from single factories halfway round the world. This approach can be cheap but it relies on everything always functioning as intended.

"The shipping crisis has really pointed out the riskiness of these kinds of business strategy," says Levinson.

George goes further and suggests that we may all have to have a rethink on our shopping habits. "I don't know where it's going to go," she says of the current situation. "But I do hope it goes more towards reduction of consumption."

And in Cape Town, while Chaitowitz entertains the idea of sourcing parts closer to home, to escape the ups and downs of international shipping, he admits that this probably isn't a realistic solution.

"All of the little things that go in a bicycle are made so cheaply in Asia, I can't see, locally, how we would ever be able to compete," he says. "It seems like we're trapped in the system."