NSW has recorded 1,127 new locally acquired infections and two deaths in the 24 hours to 8pm yesterday. 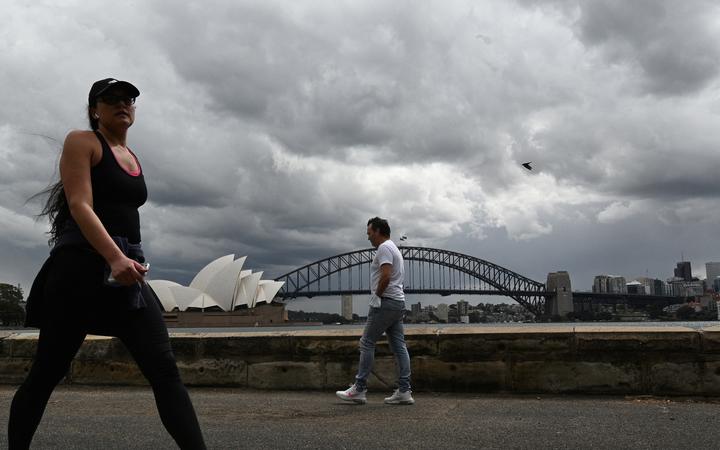 Residents are out for exercise along the Sydney Harbour on September 13, 2021 after some relaxations in the Covid-19 pandemic restrictions by the New South Wales state. Photo: AFP or licensors

A man in his 50s from Western Sydney, who had no underlying health issues, died at Concord Hospital.

A woman in her 80s from Western Sydney died at Ryde Hospital.

Deputy health officer Jeremy McAnulty said it was too early to tell if the drop in case numbers meant the state was over the highest peak of the outbreak.

"We've just had a weekend and that can mess up how many people get tested," he said.

"There may be a factor of the weather in terms of influencing whether people get tested or not. So we'd like to see a few more days before we can have confidence about whether there is a trend."

NSW Health deputy secretary Susan Pearce said the vaccination rate in Parramatta was a concern with lower than average numbers.

"Most of the other LGAs have come up very significantly and you must remember only a few short weeks ago we were talking about rates, first-dose rates of, in some cases, less than 20 percent.

"We're now seeing those LGAs with rates above 70 percent and 80 percent in terms of first dose. That's remarkable," she said.

The state has currently vaccinated 46.5 per cent of the adult population with two Covid-19 doses and 78.8 percent with one dose.