It's not unusual for southern Europe to have high temperatures during summertime, but the intensity and frequency are chiming clearly with experts' warnings that it's a direct result of global warming. 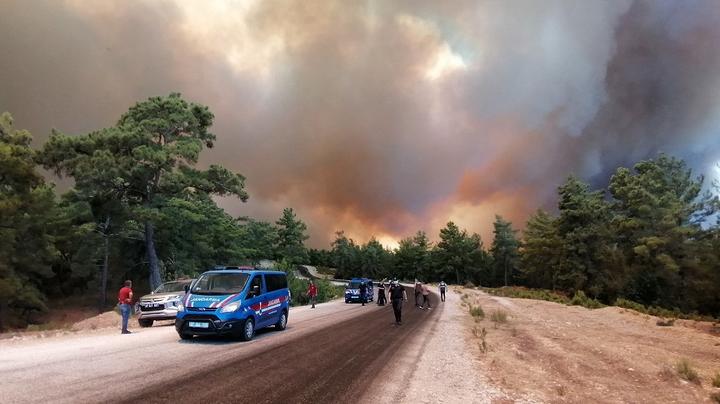 Wildfires are continuing to rage across southern Europe which have left eight people dead and thousands have evacuated.

In Italy, the number of fires has tripled this summer compared to the yearly average.

Firefighters in Greece have spent two days battling to save the historic birthplace of the Olympic games.

Turkey has been fighting more than 180 wildfires, with one reaching a thermal power station on the country's Aegean coast.

European Centre for Medium-Range Weather Forecasts senior scientist, Mark Parrington told Worldwatch wildfires were expected in the countries but perhaps not at the scale we are seeing.

"The data we have based on satellite observations shows the daily total intensity of all these fires in Turkey is way higher than what we've seen in the 20 years of data that we have," Parrington said.

"It's normal for us but all of these heatwaves and droughts are getting stronger and their frequencies increasing."

Professor Kurnaz said it could be attributed to climate change.

"I cannot see any other reason".

He believes it's a sign of things to come.

With a population of around 85 million people, climate migration could see this number rise in the next two decades.

"It's going to be a disaster for Turkey. Population density is far too high in many areas and people will be living in disadvantaged areas," said Kurnaz.

The professor said all climate negotations had been centred around mitigation until now.

"Now the European countries see that adaptation is at least just as important as mitigation. We have to be ready for more forest fires, more drought, more flashfloods and more heatwaves.

None of our cities are designed for that."

The heat travelled towards Greenland this week.

Danish scientists found enough ice had melted in one day, to cover the entire US state of Florida in 5 centimetres of water.

"We have passed the point of where we can stop the melting of Greenland.

When the ice melts, the global sea level will rise by 5 or 6 metres and that's a major disaster for everyone.

Kurnaz said even if all countries kept their word and stuck to the Paris Climate Agreement there would still be a warming of about 3.5 degrees.

He said stopping the use of fossil fuels was the only way, but every country would still need to double their current efforts.