New York Governor Andrew Cuomo sexually harassed multiple women in violation of US and state law, according to a five-month investigation detailed by the state attorney general. 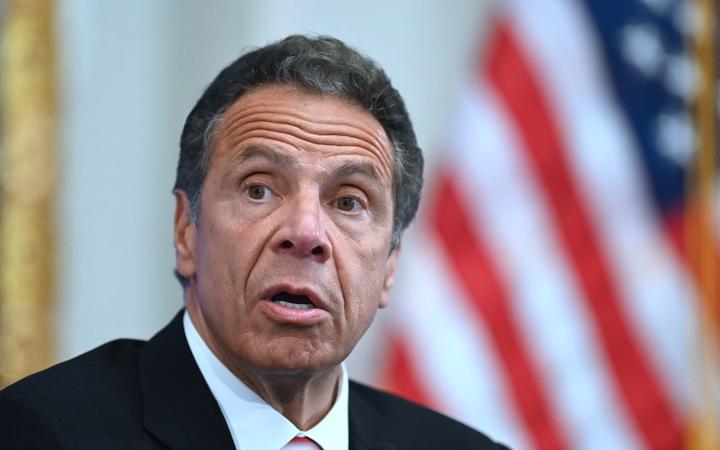 Governor of New York Andrew Cuomo says he has no intention of resigning. Photo: AFP

The investigation prompted Cuomo to swiftly deny any inappropriate conduct and make clear he has no intention of resigning.

"I want you to know directly from me that I never touched anyone inappropriately or made inappropriate sexual advances," Cuomo, a Democrat who has served as governor since 2011, said in pre-recorded remarks. "I am 63 years old. I've lived my entire adult life in public view. That is just not who I am. And that's not who I have ever been."

The investigation showed that Cuomo engaged in unwanted groping, kissing and hugging, and made inappropriate comments to a total of 11 women, Attorney General Letitia James told a news briefing earlier on Tuesday, adding that the governor's office had become a "toxic workplace" that enabled harassment to occur.

It was a civil investigation and will not directly lead to criminal charges against the governor.

"The facts are much different than what has been portrayed," Cuomo said.

Cuomo sought to explain the encounters as his routine way of showing affection to others. The video he released showed multiple pictures of him hugging and kissing men and women of different ages in seemingly consensual interactions.

The findings, detailed in a scathing 168-page report, could nevertheless deal a devastating blow to Cuomo's political future and hinder his administration.

"These 11 women were in a hostile and toxic work environment. We should believe women," said James, a Democrat.

"What this investigation revealed was a disturbing pattern of conduct by the governor of the great state of New York," James added.

Carl Heastie, speaker of the Democratic-controlled New York Assembly who has authorized an impeachment investigation into Cuomo's conduct, called the report's findings "disturbing" and said they pointed to "someone who is not fit for office."

State Senator Andrea Stewart-Cousins, the Senate majority leader, said the report detailed "unacceptable behavior" by Cuomo and his administration and called on him to "resign for the good of the state."

"Now that the investigation is complete and the allegations have been substantiated, it should be clear to everyone that he can no longer serve as governor," Stewart-Cousins said.

Investigators spoke to 179 people, including complainants and current and former members of the executive chamber, James said. She said the probe resulted in a "clear picture" of what she called a "climate of fear" in which Cuomo sexually harassed multiple women, many of them young.

James launched her investigation into the allegations after receiving a formal request from Cuomo's office on 1 March to do so as the number of publicly reported allegations mounted.

James named two veteran outside attorneys to run the investigation: Joon Kim, a former federal prosecutor and acting US attorney in Manhattan, and Anne Clark, an employment lawyer with experience in sexual harassment cases.

Kim told the briefing that the Cuomo workplace was "rife with bullying, fear and intimidation" and one in which crossing the governor or his senior staff meant you would be "written off, cast aside or worse."

The report said one of the women Cuomo targeted was a state trooper. Clark said Cuomo stood behind the trooper in an elevator and "ran his finger from her neck down her spine and said, 'Hey you.'" The governor also ran an "open hand from her belly button to her hip where she carries her gun," Clark added. The trooper, according to Clark, said Cuomo inappropriately touched her from "in her words, her chest to her privates."

The report shows that investigators did not find Cuomo's explanations about his encounters to be credible. It said Cuomo's "blanket denials and lack of recollection as to specific incidents stood in stark contrast to the strength, specificity, and corroboration of the complainants' recollections."

It was a swift fall for the governor. Cuomo became nationally popular last year in the early days of the Covid-19 pandemic by presenting himself as an authoritative figure in daily televised press conferences. The complaints about sexual harassment emerged after broader criticism by Democratic politicians in the state that Cuomo governed through intimidation.

Cuomo, the divorced father of three adult daughters, was elected to three terms as governor, as was his late father, Mario Cuomo. Like his father, Andrew Cuomo resisted the temptation to run for US president despite much speculation about possible national ambitions.