Putting victims at the centre of reporting

The media has sometimes been guilty of sidelining, shrugging off, or silencing sexual assault and harassment victims. Stuff's Kirsty Johnston talked to Mediawatch about how to put them at the centre of reporting. 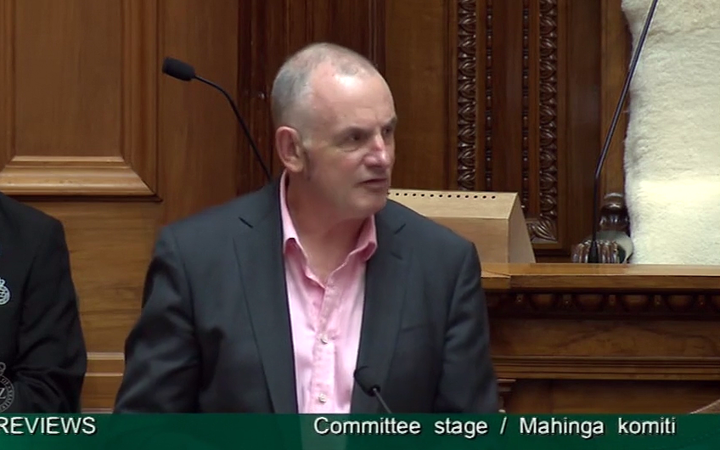 When Tarryn Flintoff decided to reveal the abusive behaviour of her ex-partner, former National Party candidate Jake Bezzant, people told her to go to the media.

She was not convinced, choosing her own podcast as the medium instead.

"I just didn't want to. Because it had taken me so much courage to do this in the first place, and I was so concerned about how it would affect him... I just wanted to move on," she said.

Flintoff would later go on to give media interviews, but it’s understandable she was initially keen to tell her story another way.

Our news organisations have not always distinguished themselves with their sensitive handling of sexual assault and harassment allegations.

In 2013, RadioLive hosts Willie Jackson and John Tamihere carried out a widely derided interview with a friend of one of the victims of the Roastbusters.

They asked the woman, identified as Amy, why she and her friends had been drinking and why they had been out late.

Jackson - now a government minister - questioned whether Amy’s then-underage friends could have been raped if they consented to sex.

Last year, former Magic Talk host Sean Plunket insinuated he would reveal the identity of a woman who made a sexual assault allegation against a Labour party staffer if she did not explain to him why he shouldn’t.

More recently, Newshub ran a story about alleged offending committed by an employee at a Number One Shoe Warehouse in Palmerston North. It was criticised for describing the man’s victims in terms like “fit brunette”, and reprinting photos taken non-consensually by the offender.

One of the people who criticised that article was Stuff’s Kirsty Johnston, who said its focus on the man’s “shoe fetish” obscured the seriousness of his actions, which included an online confession to a serious sexual assault.

"In some ways it was recreating the same kind of gross, sexist, misogynist things that it was saying were bad in the story," she told Mediawatch. "If you're going to tell a story about sexual abuse, maybe you don't want to glorify or sexualise that abuse because you're just revictimising people."

Johnston and others at Stuff, including #MeToo section editor Ali Mau, have been working to publish victim-centred stories on issues like sexual abuse and harassment and family violence.

She said victims are not always put first in media reporting, or in wider society.

In March, a group of students from Christchurch Girls' High were stopped in the street while marching to Christchurch Boys' High to protest sexual harassment.

Their principal Christine O’Neill said there were more “appropriate and constructive ways to go about social change”. The students said they had been silenced.

A sexual harassment survey carried out following the march revealed more than 20 of the school's students say they have been raped.

Johnston also pointed to a recent dispute between National’s Chris Bishop and Parliament speaker Trevor Mallard, over Mallard's treatment of a Parliament staffer who had been accused of sexual assault.

In Parliament in May, Mallard said he was siding with the man's alleged victim, though he admitted to not having spoken to her.

"It was like the victim was this idea, or concept, that they hadn't bothered to centre. They were just using them, I guess as a political football."

In April, she published a story about 'Mrs P', who was subjected to several excoriating exchanges with judges before being falsely convicted of perjury for accusing her ex-husband of abuse.

That conviction was overturned when it was determined Mrs P was not lying.

"That constrains what we can do, what victims can do, and the way that's interpreted by lawyers, and by the judiciary is sometimes wrong. Women are told they can't even show their court documents to other people because that's breaching that rule. They're scared they're going to be punished for speaking out, and it's not fair. Their stories do need to be heard."

Johnston said the best advice she could give on centring victims in stories is to make sure they have agency over when their stories are told, and sometimes whether they are told at all.

A decade ago, she might have tried to talk people into telling their story, but now if they are hesitant, she will not put pressure on.

"If we're talking about victim-centred reporting, some of the time that means not reporting," she said.

"Take your ego out of it. Take your desire to tell the story out of it. Your hope for glory or any of that, and just think about what's best for that person. And maybe they will come back to you or maybe they won't, and I think you have to be okay with any of those outcomes."