Sydney's poorest neighbourhoods are bracing for military enforcement of the city's toughest and longest lockdown of the Covid-19 pandemic as the infection numbers held persistently high five weeks since restrictions began. 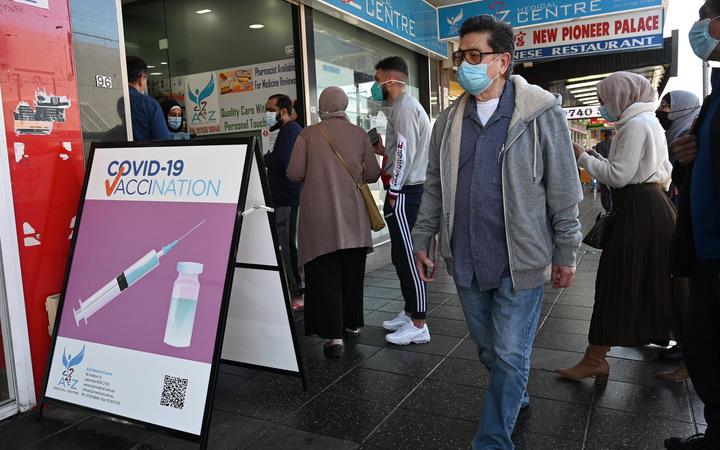 Residents queue for a Covid-19 vaccination outside a pharmacy in western Sydney. Photo: AFP

With the city of 5 million people ordered to stay home amid an outbreak of the highly transmissable Delta variant, authorities outlined even tighter restrictions for the worst affected suburbs, including mandatory testing and mask-wearing outdoors.

From Monday, some 300 Australian army personnel will help police door-knock people who have tested positive to the virus to ensure they are isolating, New South Wales police commissioner Mick Fuller said at a televised news conference.

"The sheer volume of increase over the last week [means] the level of compliance [enforcement] has gone from hundreds into thousands," he said. 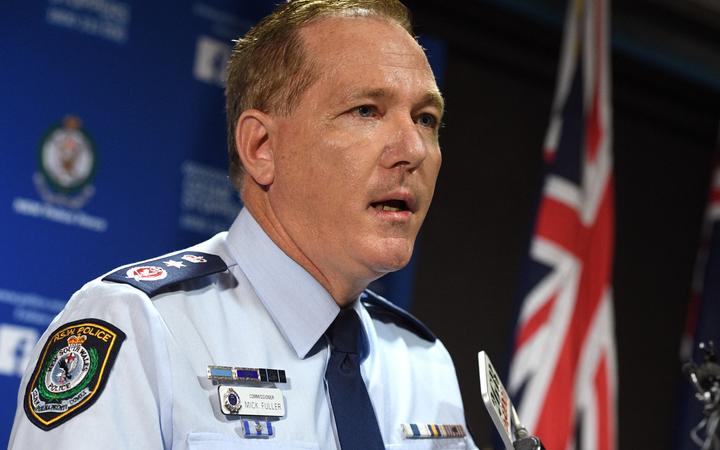 The amped-up military and police presence would cover the breadth of Australia's largest city but mainly eight local government districts in the city's west - home to 2 million people - where most new cases have been reported.

As the city entered its sixth week of a planned nine-week lockdown, New South Wales state reported 170 new local cases, most in the state capital Sydney, down from a record 239 a day earlier. Of the new cases, at least 42 spent time in the community while infectious.

While new cases fell, state premier Gladys Berejiklian said the high number of infectious people in the community meant "we are expecting to see those numbers bounce around".

At the same news conference, state health minister Brad Hazzard said people were waiting too long to get tested after developing symptoms, and that "we are seeing more families coming in with a family member who is presenting not alive but dead".

Since the outbreak began with an unmasked, unvaccinated airport driver last month, NSW has reported 13 deaths, taking the national total to 923 since the pandemic began.

The epicentre of the outbreak has crossed Sydney from the affluent beachside suburb of Bondi to the western suburbs, where local leaders said residents felt unfairly targeted by the heightened enforcement.

"They've got no other ideas than to bring in the military as a last resort because they're lost for answers on issues they created," said Steve Christou, mayor of the Cumberland local government area, where 60 percent of its 240,000 residents were born overseas.

"They are a poor community, they are a vulnerable community, and they don't deserve these lockdowns or these extended and harsh measures that they have now been targeted with," he added.

People living in the western suburbs must stay within 5km of home and have a virus test every three days in order to be allowed to do essential work outside the area.

Already police have been given sweeping new powers to close businesses breaking rules. Military officers won't be armed and will be under police command, police commissioner Fuller said on Friday. They will also aim to work with community leaders on enforcement strategies, he said.

An emergency Covid-19 cabinet of state and federal leaders meanwhile began a regular meeting on Friday, with plans to discuss exit strategies from the pandemic - widely expected to centre on getting more people vaccinated.

Until recently, Australia had handled the coronavirus crisis much better than many other developed countries, with just over 34,000 cases and fewer than 1000 dead. But that standing has been shaken by a sluggish immunisation programme that has left just 18 percent of people aged over 16 fully vaccinated.

Until that number rises substantially, the country will rely on lockdowns to keep new infections under control, lawmakers have said. Prime minister Scott Morrison said this week he hoped enough people would be vaccinated by the end of the year to do away with lockdowns for good.