The Australian state of New South Wales (NSW) has recorded 239 new locally acquired cases overnight, and at least 70 of them were infectious in the community. 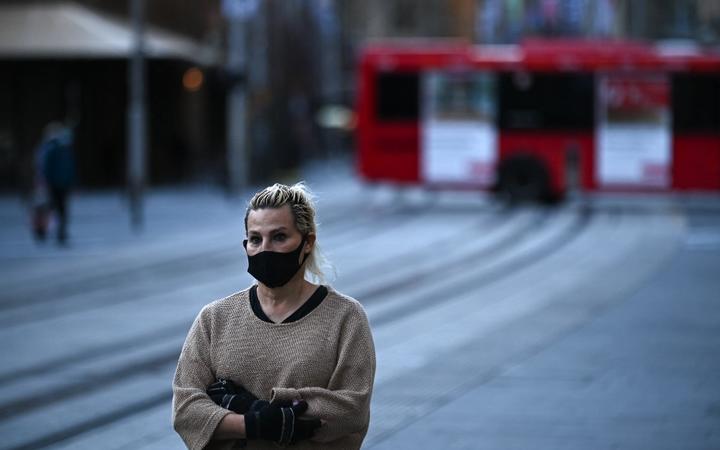 During lockdown in Sydney, Australia on 26 June 2021. Photo: AFP

Premier Gladys Berejiklian said people living in a local government area of concern, from midnight tomorrow, could only move within a 5km radius of their home.

"So it doesn't matter what the reason is. Unless there are exceptional circumstances, you have to make sure you do not move within a 5km radius of your home.

"If you want to have a singles bubble in a local government area of concern, you cannot have anybody move or you can't move within 5km of where you live." 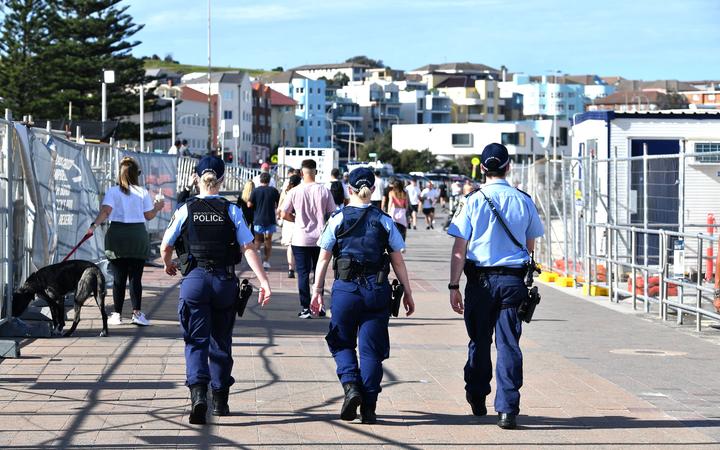 Police patrol near Bondi Beach in Sydney after an extension of the lockdown was announced yesterday. Photo: AFP

The Premier has introduced new restrictions in eight local government areas (LGAs) where the spread of Covid-19 is most pronounced.

The new rules are due to a continuing rate of transmission in workplaces, homes and health care settings, the Premier said.

Police Commissioner Mick Fuller sought extra powers for police to ensure compliance in the eight LGAs. He said thousands of extra police would be out to enforce the new rules.

"We know that the numbers are too high today," he said.

There are 182 people in hospital with the virus. Of those, 54 are in intensive care with 22 on ventilators.

Sixty-six people were infectious in the community, and 22 of the new cases were in isolation for part of their infectious period.

The isolation status of 70 cases remains under investigation.

There was also a new Covid-19 death recorded.

"At this level of cases, we are going to continue to see further deaths. And, sadly, too many elderly people in our communities are not protected," she said.

He acknowledged delays in getting through to Crime Stoppers given the high volume of calls, and encouraged people to persist in reporting breaches of health orders.