Israeli troops shot and killed a 12-year-old Palestinian boy who was riding in a car with his father in the occupied West Bank, Palestinian officials said. 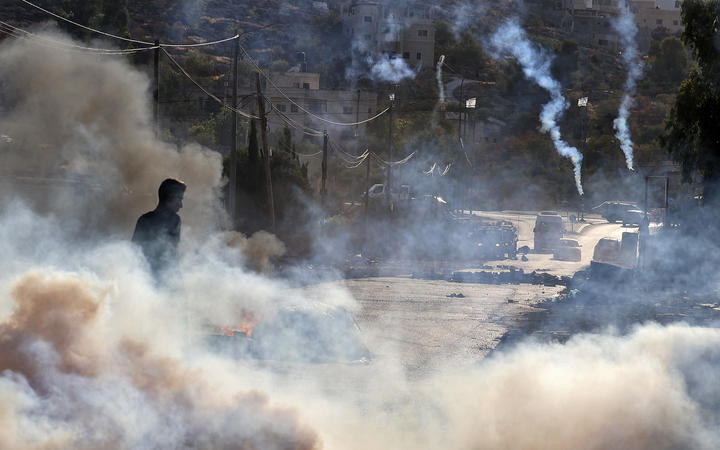 Palestinian demonstrators clash with Israeli soldiers in the West Bank yesterday as violence across the occupied territories simmers. Photo: AFP

The Israeli military said one of its soldiers had opened fire towards the car's wheels after concluding that the vehicle had been involved in "suspicious activity" earlier in the day. Palestinians dispute the account.

"We are looking into the claim that a Palestinian minor was killed as a result of the gunfire. The incident is being reviewed by senior commanding officers," the military said in a statement.

The boy was shot in the chest, the Palestinian health ministry said following the incident in the Palestinian village of Beit Ummar, near Hebron in the southern West Bank. He died several hours after being rushed to a nearby hospital.

The West Bank is among territories where Palestinians seek statehood. Violence has simmered there since US-sponsored talks between the Palestinians and Israel broke down in 2014.

The military stated troops at the scene witnessed two men approach the area by car earlier in the day, exit their vehicle and then "(dig) in the ground before leaving the scene".

Troops "approached the scene with caution and upon examination found two bags, one of which contained the body of a newborn infant," the military said.

Beit Ummar's mayor said that a village family had buried their dead newborn daughter in the area on Wednesday.

Later on Wednesday, the military said, troops saw what they believed to be the same vehicle involved in the earlier digging approach the area.

"The troops attempted to stop the vehicle using standard procedures, including shouting and firing warning shots into the air. After the vehicle did not stop, one of the soldiers fired toward the vehicle's wheels in order to stop it."

Israel's military police is investigating the incident, the military said.