Ireland has declared that Israel is engaged in "de facto annexation" in Palestinian territories following the latest round of violence in the region. 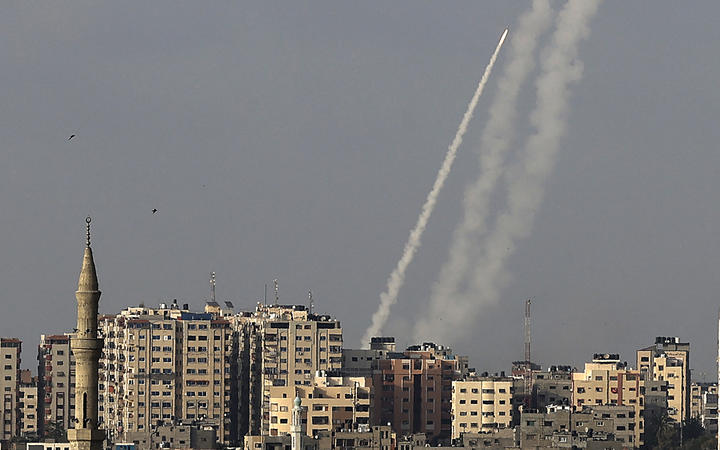 The Irish Times has reported that it was the first country in the European to make such a declaration and that Irish Minister for Foreign Affairs Simon Coveney said it could be a message to other nations.

An amendment to expel Israel's ambassador to Ireland and put in place immediate cultural, political and economic sanctions against Israel failed to get enough votes.

Sinn Fein leader Mary Lou MacDonald said the motion "must mark new assertive, consistent confrontation of Israeli crimes against Palestine" and added there should now be consequences for Israel, not simply condemnation.

The party's spokesperson for foreign affairs, John Brady called motion as "historic" and said he hoped other countries would follow Ireland's lead.

Irish Foreign Minister Simon Coveney said the motion was "a clear signal of the depth of feeling across Ireland".

But the Israeli foreign ministry has called Ireland's move "outrageous" and "baseless", according to the Irish Examiner.

The Examiner reported that Ireland's motion also "condemns the displacement of the protected Palestinian population and states that the expansion of Israeli settlements over decades represents a flagrant violation of international law".

A spokesperson for the Israeli foreign ministry was quoted by the Examiner as saying "Israel outright rejects Ireland's outrageous and baseless position regarding Israeli communities in Judea and Samaria".

"This position reflects a blatantly one-sided and simplistic policy and follows the unacceptable anti-Israel statements that were heard in Ireland at a time when the citizens of Israel were being subject to terror attacks by the more than 4000 rockets that were launched from the Gaza Strip by the Hamas terrorist organisation.

"The motion that was adopted in the Irish parliament constitutes a victory for extremist Palestinian factions. This motion distances Ireland from its ambition to contribute and play a constructive role in the Israeli-Palestinian context."