Against a backdrop of fires and floods, researchers are meeting virtually to finalise a key climate science study. 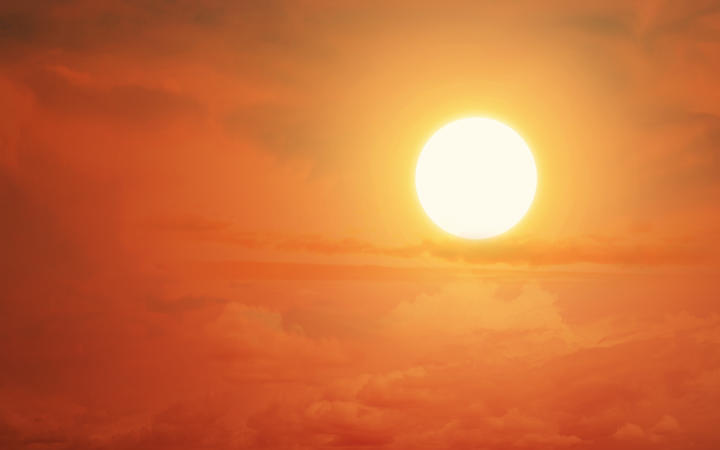 As scientists gather to consider their report, heatwaves are hitting many parts of the world. Photo: 123RF

The Intergovernmental Panel on Climate Change (IPCC) is preparing the most comprehensive assessment on the state of global heating since 2013.

Over the next two weeks, the scientists will go through their findings line by line with representatives of 195 governments.

Experts say the report will be a "wake-up call" to governments.

It is expected that the short, 40-page Summary for Policymakers will play an important role in guiding global leaders who will come to Glasgow in November to deal with critical climate questions.

As the world has warmed over the past 30 years, the IPCC has become the most important platform for summarising the state of scientific understanding of the problem, its impacts and solutions.

This year, though, the panel's report takes place as extreme weather events have shaken the US and Canada, Europe and Asia. The question of the role played by human-induced climate change is being asked more loudly than ever.

What does the IPCC do and how is it relevant to me?

Formed in 1988, the IPCC's role is to provide politicians with assessments every six or seven years on the science, the impacts and the potential options for tackling climate change.

Over the years, its reports have become more strongly worded as the evidence has mounted.

In 2013, its assessment said that humans were the "dominant cause" of global warming since the 1950s.

That document helped set the scene for the Paris climate agreement signed in 2015.

As well as its six- or seven-year assessments, the IPCC has also produced special studies looking at specific scientific questions.

In 2018, the IPCC released a special report on keeping global temperature rise under 1.5C.

This document has had a significant impact on an emerging generation of young people, willing to take to the streets to demand a political response.

"The 1.5C report was really kind of instrumental for young people to use that science to marshal their efforts towards action," said Ko Barrett, a vice chair of the IPCC and a head of research at the US National Oceanic and Atmospheric Administration (Noaa).

"I think maybe the report surprised us all, that the report had such an impact in getting people to think, wow, this is not some big future problem. This is like right now." 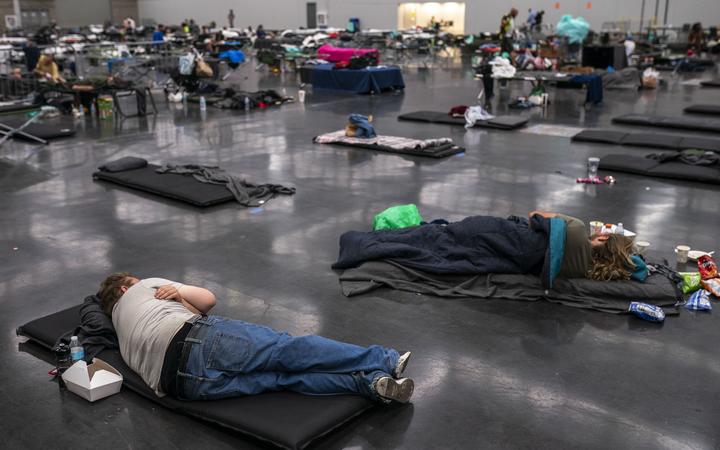 Portland residents using a cooling centre last month during a heatwave in the US. Photo: AFP

The IPCC's latest summary of the science, to be published on 9 August, is also likely to have a big impact.

In a couple of months, world leaders will come to Glasgow to try to advance the world's efforts against rising temperatures. The IPCC's forthcoming report will be required reading for many attending COP26.

"I think it's going to be a wake-up call, there's no doubt about that," said Richard Black, an honorary research fellow at the Grantham Institute at Imperial College London.

"But then again, so are some of the real world events that we're seeing around us at the moment."

Is the IPCC just about scientists?

Many people think that the IPCC is just a platform for science, but that's not the full picture.

"The IPCC itself actually consists of representatives from 195 governments in all, and they basically commission the reports from the various groups of academics that do the work," Richard Black said.

"And this to me is the key thing about the IPCC. It's not just a bunch of scientists producing a report; they are commissioned by governments, and they're owned by governments. And that makes them absolutely unique."

The IPCC, while it has undoubted clout, doesn't actually conduct its own research.

For its assessments, the IPCC divides the work into three different areas. The first is the physical science report, the second the study on impacts, the third is on mitigation.

The impacts and mitigation studies will come out early next year, as well as a synthesis report that will pull all the threads together. 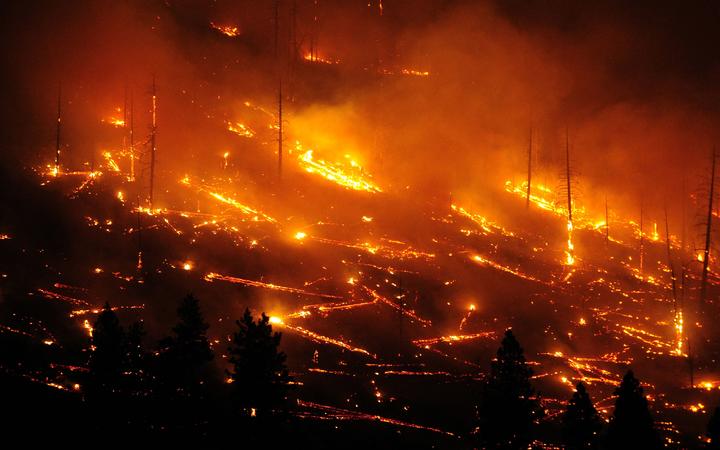 Burning areas of the southeastern flank of the Tennant Fire in California earlier this month as several areas were hit by a heatwave. Photo: AFP

For the upcoming publication on the physical science, more than 200 researchers been working together in groups to review the existing peer-reviewed literature over the last four years.

Their initial draft reports were subject to discussions and comments from fellow researchers and from governments.

The new study attracted around 75,000 comments as it was drafted and re-written.

Over the next two weeks, a final Summary for Policymakers, running to around 40 pages, will be agreed word by word with government representatives.

"The scientists come in with a proposal document that line by line gets challenged by the representative of the United Nations there, and the scientists defend their lines," said Prof Corinne Le Quéré, from the University of East Anglia who has been involved with two previous IPCC assessment reports.

"Nothing gets written that is not scientifically correct. So, scientists have the right to just say this is wrong, and the documents gets really strong at the end because of that process."

One of the things that gives the report additional muscle is the fact that it is not just one particular research paper on one topic - the reviewers consider all the pieces of research carried out on each area of focus.

"Sometimes the IPCC gets criticised for being focussed on consensus, and it's suggested that that can weaken statements," said Dr Emily Shuckburgh, from the University of Cambridge.

"But the fact that it is a summary across multiple lines of evidence is incredibly powerful and incredibly useful."

So what can we expect from the upcoming report?

As in previous assessments, there will likely be a strong focus on the question of humanity's role in creating the climate crisis.

In the last report in 2013, the authors said that warming since the 1950s was "extremely likely" due to human activities.

This will likely be further strengthened, despite the objections of some countries.

"It's going to revise this overall attribution statement. Obviously, it is going to be stronger than what we had in the past because of the growing warming of the planet," said Prof Le Quéré.

"That's going to be one of the main points. It will be discussed very, very carefully, and scrutinised. You can be sure it will be scrutinised by governments."

However, many participants are likely to be more concerned with the present and the future than questions of past responsibility.

There will be a new chapter on weather and extreme events in a changing climate.

Many will want to pay more attention to questions such as storms, floods or droughts with a low probability but high impact, as have been seen around the world in recent weeks.

"This time around, governments have asked the IPCC to also look at low probability events that could be potentially very damaging," said Prof Le Quéré.

"So we can expect a lot more information. In fact, for almost the first time in the IPCC, (we'll get) a lot more explicit information about the risks of extreme climate events."

It will assess whether governments are on track to meet the targets agreed in the Paris climate pact.

What could possibly go wrong?

This is the first time that the IPCC has attempted an approval session remotely. These gatherings are usually a week long and often involve quite vigorous discussions between government representatives and scientists.

With just a few months left before the COP26 climate conference, the stakes for the participants are perhaps higher than at any time in recent history.

Given the scale of weather-related disasters we are witnessing around the world, the public and politicians are now more attuned to the issue of climate change than ever before.

All this will add to the pressure on the IPCC. There are likely many long nights ahead for the participants.