In a move that pours cold water on the dreams of a few billionaire space explorers, the US has tightened its definition of the word "astronaut". 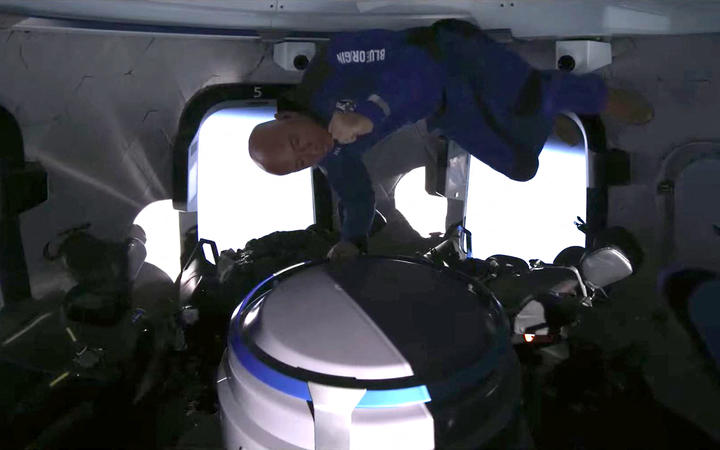 Jeff Bezos catches popcorn in his mouth during his trip into space. Photo: AFP / Blue Origin

That means Jeff Bezos and Sir Richard Branson may not yet be astronauts in the eyes of the US government.

These are the first changes since the FAA wings programme began in 2004.

The Commercial Astronaut Wings programme updates were announced on Tuesday - the same day that Amazon's Bezos flew aboard a Blue Origin rocket to the edge of space.

To qualify as commercial astronauts, space-goers must travel 80km above the Earth's surface, which both Bezos and Branson accomplished.

But altitude aside, the agency said that would-be astronauts must have also "demonstrated activities during flight that were essential to public safety, or contributed to human space flight safety".

What exactly counts as such is determined by FAA officials.

In a statement, the FAA said that these changes brought the wings scheme more in line with its role to protect public safety during commercial space flights.

On 11 July, Sir Richard flew on-board Virgin Galactic's SpaceShipTwo to the edge of space as a test before allowing customers aboard next year.

Bezos and the three other crew members who flew on Blue Origin's spacecraft may have less claim to the coveted title. Ahead of the launch, Blue Origin chief executive Bob Smith said that "there's really nothing for a crew member to do" on the autonomous vehicle. 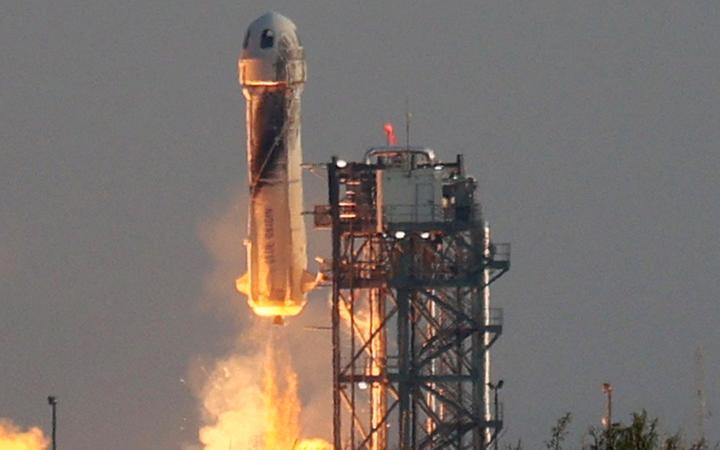 Those wishing for commercial wings need to be nominated for them as well. An FAA spokesperson told CNN they are not currently reviewing any submissions.

There are two other ways to earn astronaut wings in the US - through the military or Nasa.

The wings spotted on Bezos and Sir Richard following their flights were custom-made pins by their own companies.

However, a glimmer of hope remains for Sir Richard, Bezos and any future stargazers hoping to be recognised as astronauts. 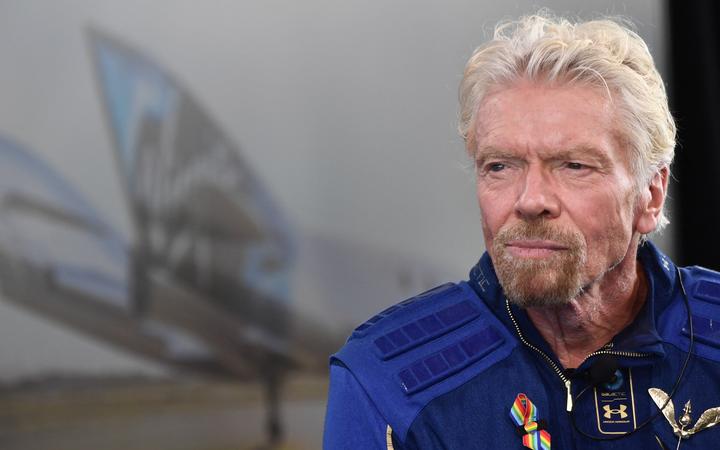 The new order notes that honorary awards can be given based on merit - at the discretion of the FAA's associate administrator.

Astronaut wings were first awarded to astronauts Alan Shepard Jr and Virgil Grissom in the early 1960s for their participation in the Mercury Seven programme.

Teen traveller not an Amazon customer

The Dutch teenager who became the world's youngest space traveller this week surprised Bezos on the flight by telling him he had never ordered anything on Amazon.com. 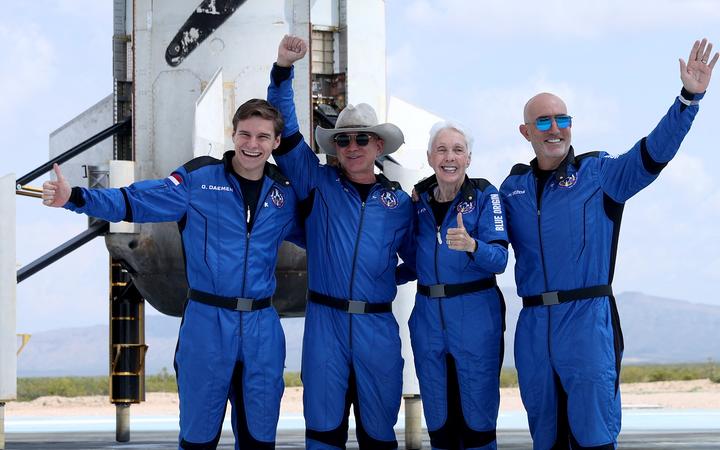 Bezos funded exploration company Blue Origin by selling billions of dollars' worth of stock in his online delivery business Amazon.

"I told Jeff, like, I've actually never bought something from Amazon," Daemen told Reuters. "And he was like, 'oh, wow, it's a long time ago I heard someone say that'."

Daemen, who was picked after another candidate bidding $US28 million ($NZ39m) for the ride cancelled at the last minute, found out he would be joining the flight while on a family holiday in Italy.

Daemen had dreamt of space travel since he was a child, followed every development by space exploration companies like Blue Origin and got his pilot's licence at a young age.

"We didn't pay even close to $28 million, but they chose me because I was the youngest and I was also a pilot and I also knew quite a lot about it already."

The crew received two days of safety training, but nothing very hard, said Daemen, who can be seen in a video of the trip tossing ping-pong balls in weightlessness with Bezos.

"That was super cool. It's so weird to be weightless. It was easier than I had expected. It was kind of like being in water."

Asked what it was like travelling in a rocket ship with a billionaire, he answered with a wide smile: "They were super fun and all down to earth, as funny as that may sound."