Argentina rolled out identification cards on Wednesday for non-binary citizens, who neither identify as male nor female, allowing them to use "x" in their important national ID document and passports in the field corresponding to gender. 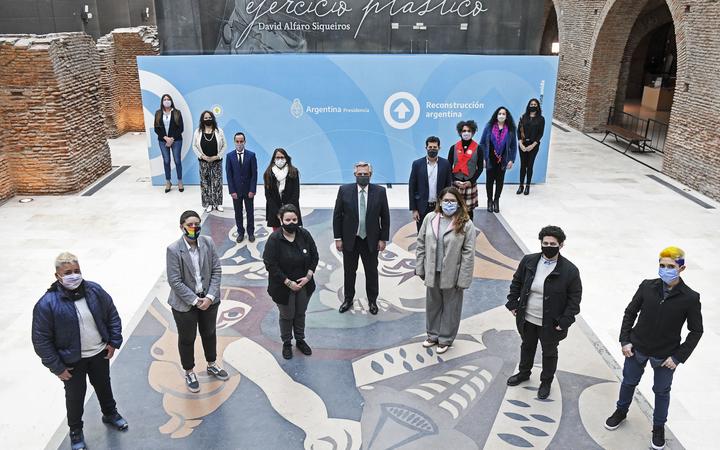 The South American country is the first in the region to enable this via decree, the center-left government said, adding it was joining countries such as New Zealand, Canada and Australia, which have already carried out the change.

"There are other identities besides that of man and woman, and they must be respected," President Alberto Fernandez said at the presentation of the new document, adding there were "a thousand ways to love and be loved and be happy".

The use of the "x" has already been accepted by the International Civil Aviation Organisation (ICAO) and includes people who identify outside traditional gender definitions.

Fernandez together with the Minister of the Interior Eduardo de Pedro and the Minister of Women, Gender and Diversity, Elizabeth Gomez Alcorta, delivered the first three ID cards using the new "x" format.

The Peronist leader has been an advocate of progressive social reforms, driving legislation through to legalize abortion late last year and publicly championing his son, Estanislao Fernandez, a design student and a well-known drag queen.

"The ideal will be when all of us are just who we are and no one cares about people's gender," Fernandez added.

"This is a step we are taking and I hope one day we get to the point where IDs don't say if someone is a man, woman or anything else."