From earthworms to elephants, new research reveals almost 1600 species across the world have been eating plastic. 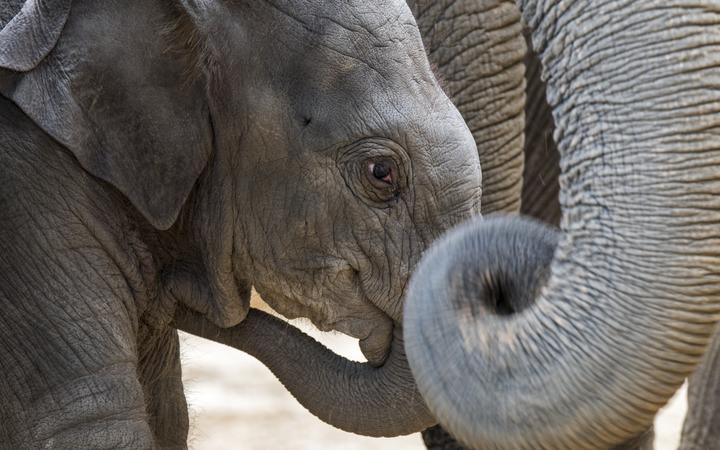 Even elephants have been found to be consuming plastic in the environment, according to a new study. Photo: AFP

Co-author of the report, Massey University research associate Dr Gabriel Machovsky-Capuska, said that the new numbers are alarmingly high throughout all species, not just marine life.

The new research, published in the journal Science, is the most comprehensive report of different species' plastic ingestion.

"We reviewed all the literature available on the topic, and we found from earthworms to African elephants, plastics in general, they have been widely consumed."

"What we found is that terrestrial species and freshwater species in the form of fish, they're understudied. The problem is more comprehensive than this."

In it, they noted "evolutionary traps" such as how transparent plastics in the ocean mimic the appearance of jellyfish, the main food source for leatherback turtles.

"What the evidence suggests is that the animals are sort of stuck in what we call an evolutionary trap.

"They don't have this ability to differentiate food, food that they consume or they eat, versus plastics. Plastics they have similar chemical and physical characteristics that they make animals to make these sort of mistakes.

Even a species like the Eleonora's falcon, which tracks fast-moving prey, has been found mistaking plastic for natural foods, their research noted.

At least 1565 species across all environments have now been documented as eating plastics.

Machovsky-Capuska said there are several factors that play a part in the rising consumption.

"One is the similarities between prey and plastics, the second one is the massive availability of plastics in the environment, the third would be the foraging strategies of these animals."

"Animals face these challenge of making decisions like we do as humans.

"When you are hungry, and you can't find sometimes enough food for many reasons, sometimes you tend to make the wrong choices."

While it's possible that plastic can be made less attractive to animals, "decreasing plastic production is needed to reduce the encounter rate with the plastic trap," the article concluded.

"We cannot turn back the clock on plastic pollution, but we can adopt measures to minimise the consequences of this ubiquitous trap."