A Covid-19 outbreak among New South Wales healthcare workers has jumped to nine cases, as the state recorded 31 new locally acquired infections in the 24 hours to 8pm yesterday. 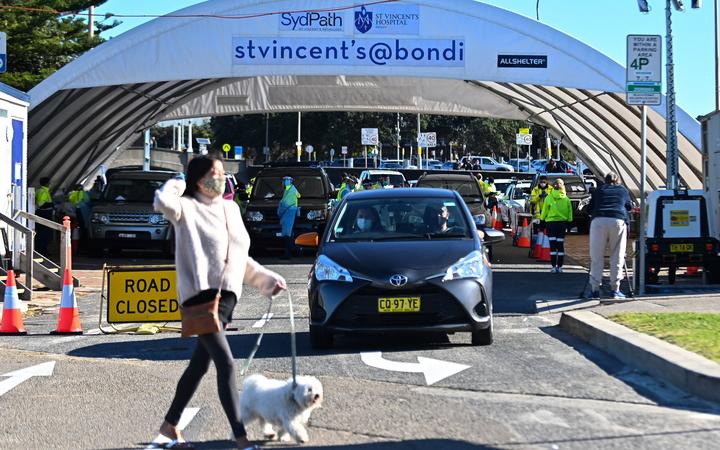 Health authorities in Sydney are hopeful the number of new infections, which have edged higher all week, will fall soon as the lockdown's impact kicks in. Photo: AFP

Chief health officer Kerry Chant said the state was still "mopping up" infections from before a lockdown in Greater Sydney, the Central Coast, Blue Mountains, Wollongong and Shellharbour was announced last weekend.

Health authorities were hopeful the number of new infections, which have edged higher every day since Monday, will begin to fall soon as the lockdown's impact on movement kicks in.

Of significant concern, however, was a growing outbreak among health workers that has already affected operations at two Sydney hospitals - Royal North Shore and Fairfield. 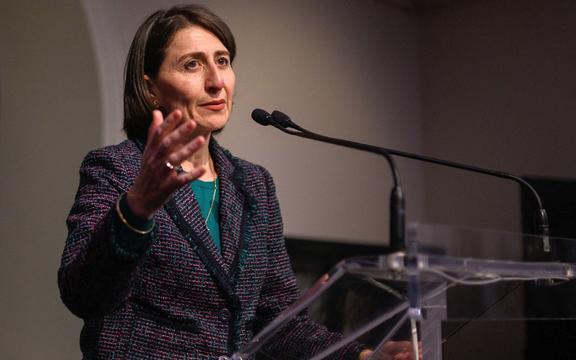 NSW Premier Gladys Berejiklian said 12 of the 31 new cases announced today had been active in the community while infectious, a number she described as "concerning".

A record number of people were tested yesterday - with more than 73,000 people being swabbed.

The previous record was 69,000, set in December during the Avalon cluster.

"We are anticipating there could be an increase in numbers over the next few days, then hopefully early next week we should see the impact of the lockdown really turning and having a positive impact," she said.

While the uptick had been expected, she was "relieved" case numbers had not been "as bad as what they could have been".

"In other states and other jurisdictions around the world with this virus, you have seen a doubling or tripling of cases, which is what we were afraid of, but [that] has not materialised," she said.

There have been 226 locally acquired cases since 16 June, when a limousine driver tested positive after transporting an international flight crew.

Of those, 188 were linked to the Bondi cluster.

There were now 10 cases linked to the unvaccinated student nurse who tested positive for Covid-19 on Wednesday. Nine of them are health or aged care workers.

One case was linked to a party in West Hoxton, in Sydney's south west, bringing the total cases linked to that venue to 42.

Dr Chant would not be drawn on whether Greater Sydney, the Central Coast, Blue Mountains, Wollongong and Shellharbour should come out of lockdown next weekend.

She said due to the lockdown contact tracers were seeing a shift in the venues of concern, from hospitality venues, beauticians and hairdressers to retail settings.

"Please don't go out and about shopping in retail, in any setting if you have got symptoms," she said.

NSW Health administered a record 21,289 Covid-19 vaccines in the 24 hours to 8pm yesterday - more than 7000 from its vaccination hub at Sydney Olympic Park. 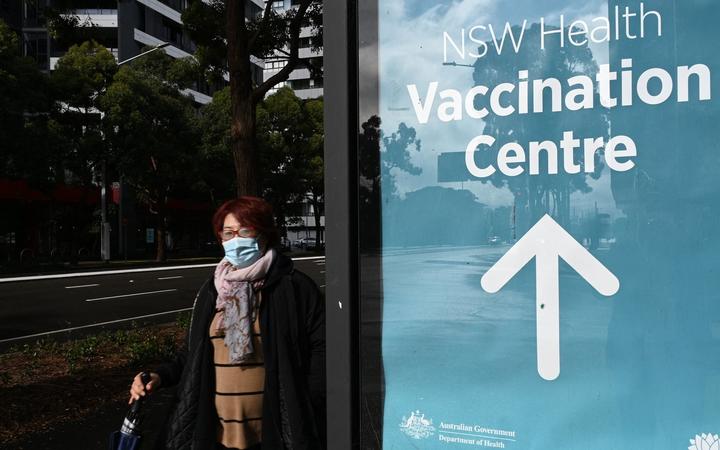 More than 21,000 vaccinations were carried out in the Sydney area yesterday. Photo: AFP

There was one new overseas acquired infection recorded in the latest reporting period.

The Northern Territory chief minister has announced lockdowns in Greater Darwin and Alice Springs will be lifted at 1pm today (local time), with several restrictions remaining in place.

More than 140,000 people in Darwin, Palmerston and the rural area have been subject to stay-at-home orders since Sunday afternoon following a coronavirus outbreak at the Granites gold mine in the Tanami Desert.

Yesterday, Michael Gunner flagged the possibility of extending the Greater Darwin lockdown beyond today after it emerged a miner, who later tested positive, allegedly defied self-isolation directions by visiting a small supermarket in Darwin.