A project to preserve endangered Tasmanian devils on a small island has backfired after the predators killed seabirds in large numbers, a conservation group says. 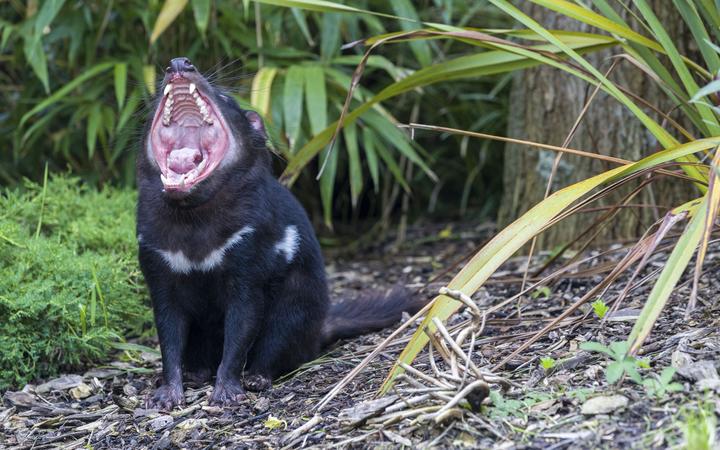 The Tasmanian devils are caused damage to the sea bird population on the island. Photo: AFP

A small number of devils were shipped to Maria Island east of Tasmania, Australia, in 2012.

The move aimed to protect the mammals from a deadly facial cancer that had driven them towards extinction.

The devils have recovered since, but the island project has come at a cost.

The introduction of the devils to the island has had "a catastrophic impact on one or more bird species", according to BirdLife Tasmania, a local conservation organisation.

Citing a government survey, BirdLife Tasmania said a population of little penguins that numbered 3000 breeding pairs in 2012 had disappeared from the island.

"Losing 3000 pairs of penguins from an island that is a national park that should be a refuge for this species basically is a major blow," said Dr Eric Woehler, a researcher for the group.

Dr Woehler said the outcome was no surprise given what research showed about the introduction of mammals to oceanic islands.

In 2011, a report by the Tasmanian Department of Primary Industries, Parks, Water and Environment suggested the introduction of devils would have "a negative impact on little penguin and shearwater colonies on Maria Island".

Last year, a paper published in the Biological Conservation journal said the devils had "eliminated" a colony of shearwater, a species of sea bird.

"It's very clear that the devils have had a catastrophic ecological impact on the bird fauna on Maria Island," Dr Woehler said.