A small proportion of Tasmanian devils have been found to be able to recover from the facial cancer that has threatened the species' survival for 20 years. 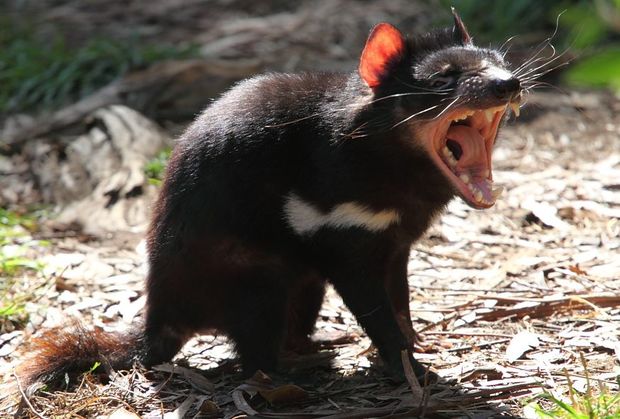 Tasmanian devils are the largest surviving carnivorous marsupial, and are know for their unearthly screams and howls as they squabble with each other over carcasses. Photo: CC 2.0 Chen Wu

Four devils in a wild population in the state's north-west contracted the Devil Facial Tumour Disease (DFTD) before successfully fighting it off.

Another two from the same population beat the cancer only to be reinfected, according to a report published in Biology Letters yesterday.

Researchers have been monitoring the population for more than 10 years, capturing and taking blood samples every three months.

Dr Rodrigo Hamede from the University of Tasmania said he hoped this was the beginning of a much brighter future for the devils.

"To find this small proportion of devils that can actually fight back and recover from DFTD, it is excellent news," he said.

"It is rewarding and it also puts the future in a more, sort of encouraging scenario."

"This is a response that occurred in the wild, in a very fast timeframe," Dr Hamede said.

"These evolutionary changes in response usually take hundreds of thousands of years."

The study supported the findings of another research project that found the species was evolving at a genomic level to protect itself. 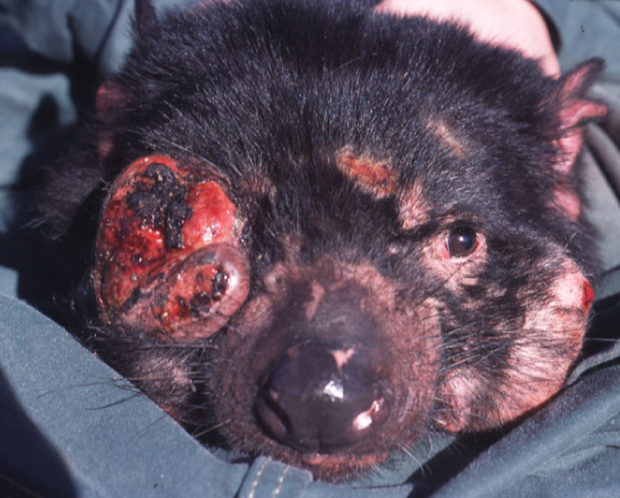 Devil facial tumour disease is a rare contagious cancer that first appeared in 1996, and has been traced to a single female Tasmanian devil. Devils bite each other frequently on the face, where large primary tumours often result in the animal starving to death. Photo: CC 3.0 Menna Jones

Professor Greg Woods from the Menzies Institute for Medical Research said it was an "incredibly exciting" discovery.

"At first, we didn't believe it. We thought, 'Oh no, it must have been a misdiagnosis', but the evidence is quite convincing that the tumours did disappear," he said.

"Up until now we've had no evidence that devils could respond on their own to the tumour."

Professor Woods said they were still trying to understand exactly how the animals beat the cancer.

"These few devils seem to be able to modify the tumour cells so the immune system can recognise it," he said.

"We suspect that they produced chemicals called cytokines and that's what we're sort of testing in our laboratory at the moment."

He said the discovery was an encouraging sign that a vaccine could be effective.

"It's important to make sure that we can do something to protect that other 90 percent that don't appear to be responding," he said.

While the development is encouraging, researchers warned there was still a long road ahead.