Sydney is "in trouble" and restrictions need to be brought in "quickly" after it was revealed a limousine driver was found to have the Delta strain of Covid-19, a leading epidemiologist says. 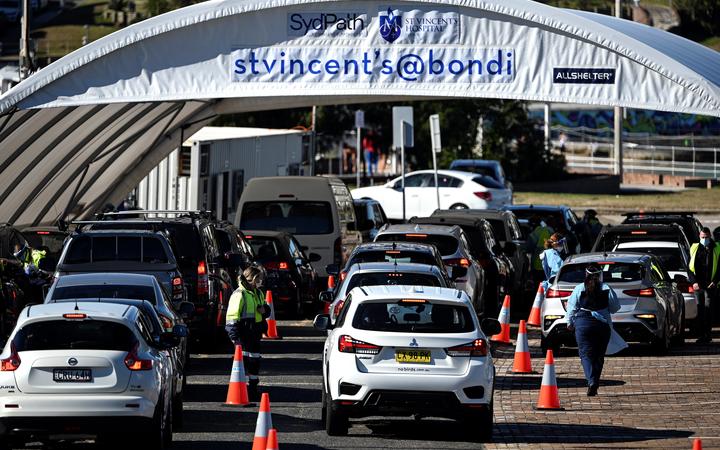 The coronavirus outbreak in Sydney's eastern suburbs grew to three cases on Thursday after a woman in her 70s tested positive.

A limousine driver aged in his 60s was found to be carrying the Delta strain , and police are investigating whether he breached quarantine protocols.

UNSW epidemiologist Prof Mary-Louise McLaws said now was the time for restrictions and vigilance after the linked cases grew to three.

"We're in trouble, now we know the strain is Delta," she said.

"The restrictions need to be strictly and quickly because this virus has learnt how to be highly infectious and doesn't need a lot to spread."

Victoria's outbreak in May began from the Delta strain first identified in India.

"It's up to 70 per cent more infectious than other strains, so it's very problematic," McLaws said.

The Covid-19 case detected in Sydney's eastern suburbs on Wednesday afternoon still has no defined source, though NSW Chief Health Officer Kerry Chant confirmed the man was found to have the strain which matched "perfectly" with a sequence from the US. 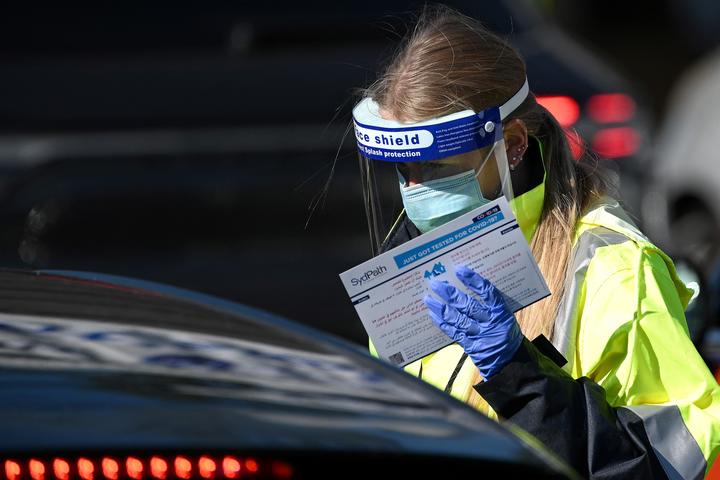 A health worker registers a resident at a Covid-19 drive-through testing site at Bondi Beach in Sydney on Thursday. Photo: AFP

The man's wife also tested positive for Covid-19, as did a woman in her 70s who visited one of the exposure sites.

NSW Premier Gladys Berejiklian yesterday urged people living in the eastern suburbs to modify their behaviour but has stopped short of adding restrictions to gatherings or mandating masks.

"Assume that everybody you're in contact with has the virus and assume you have the virus yourself and that's the best advice we can give you as the next few days unfold."

McLaws said the strictness of restrictions would depend on an analysis by the government of hotspot numbers, spread and testing.

"The wastewater treatment plants will provide samples to see if there's been a spread of the virus which hasn't been there before and then of course testing will work together to define restriction responses," she said.

She said if the virus spread through younger people, the community would be at a higher risk.

"The 29-30-year-olds carry the burden of infection because they have bigger social networks. So if it gets into that age group that isn't too vaccinated - it will spread even faster. And we don't have nearly enough people outside that age group vaccinated.

"In fact, the NSW vaccine coverage is less than the world average," she said.

The Premier has previously expressed while lockdown was always an option, it is not one she wants to take again for the state.

However, she was forced to move to a lockdown in December due to the growing number of high-risk exposure sites like pubs and clubs in the northern beaches cluster, which resulted in 150 cases.

Professor McLaws's research has found the government can control the situation with strong contact tracing if there are less than 60 cases per week in a 7-14 week period.

"Once it gets higher than that, I believe you go into what I term as an 'amber phase,' which is on a knife-edge. And then 100 and over should trigger a lockdown as it will take a long time to get it under control," she said.

Currently, NSW restrictions include mandatory mask-wearing while at an airport or on a plane. Non-residential venues must also comply with a rule of one person per 2 square metres.

The last locally acquired cases in early May led to limiting household guests to 20, banning dancing at nightclubs and mandatory mask-wearing on public transport.

A limit of two visitors per resident in aged care facilities was also introduced.