The AstraZeneca vaccine will now only be recommended for use in people aged 60 and over, after the federal government accepted new advice from the country's vaccine experts. 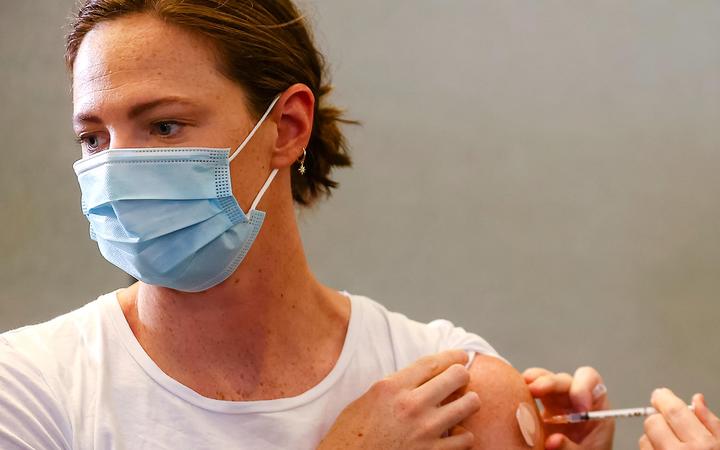 The vaccine was previously recommended for use in people over 50.

People under 60 will now be offered the Pfizer vaccine.

"We will move to open access to Pfizer immediately for 40 to 59 year olds. This will open to approximately 1.2 million people in that 50 to 59 group who have not yet had vaccinations," Hunt said.

He said the country remained on track to provide a vaccine dose to every Australian who wanted one by the end of 2021.

Chief medical officer Paul Kelly said the latest advice was still that anyone who received a first dose of AstraZeneca without any adverse effects should get their second dose.

"Anyone who has had a first dose of AZ without problem should feel very confident to have their second dose," he said.

"On the basis of information we have in Australia, we've not had a single case of this syndrome from a second dose." 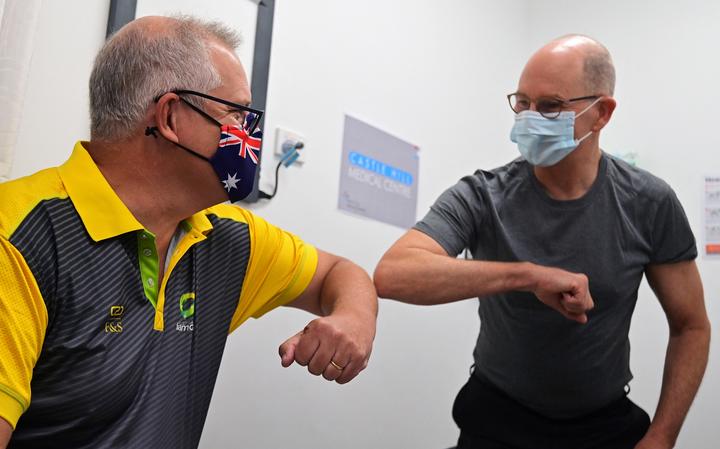 Australia's Prime Minister Scott Morrison and chief medical officer Paul Kelly after both were vaccinated with Pfizer in Sydney in February. Photo: AFP

Some experts had been calling for a review of the age rule, after a 52-year-old woman became the second person in Australia to die from an extremely rare clotting condition linked to the virus.

Health Department secretary Brendan Murphy said there was a chance the updated advice would affect vaccine hesitancy in Australia.

But he said current data showed there had been an increase in the number of people indicating they wanted to get a vaccine, to 70 percent of Australians.

According to the latest Therapeutic Goods Administration (TGA) update, 60 people in Australia have developed the clotting disorder, out of more than 3.8 million AstraZeneca doses administered.

Of those, two have died and 22 are in hospital, four of them in ICU. Thirty-six have been discharged from hospital and are recovering.

There have been 12 new cases of confirmed or probable clots in the last week, with seven of those in people aged 50 to 59 years old.

The TGA is now breaking down reports of the clots into two different tiers. Tier 1 includes more severe forms of the clotting disorder, while Tier 2 cases have less serious effects.

According to the latest data there have been 23 Tier 1 cases, and 17 Tier 2 cases. Twenty have not been classified.

Data available earlier this week showed the rate of clotting incidents was low, at 3.1 cases per 100,000 first doses for those aged under 50, and 1.8 cases for those who are older.

Prime Minister Scott Morrison is currently flying back from Europe to Australia, and is expected to land this afternoon.

Source have told the ABC that there has been no emergency National Cabinet meeting arranged.

While Australia's TGA has not approved mixing and matching vaccines - having one dose of one, then a second dose of another - some countries have.

For example, studies are underway in the United Kingdom about how effective it is to give people a first dose of AstraZeneca and a second dose of Pfizer.

Despite the current health advice, people can ask to receive the AstraZeneca vaccine if they are under 50 as long as they understand the potential risk.

But people over 50 are not allowed to choose their vaccine, and get AstraZeneca.

AstraZeneca is currently the only Covid-19 vaccine being made in Australia, with biomedical giant CSL manufacturing the doses in Melbourne.

The expected advice will put more strain on the supplies of the Pfizer vaccine. The government has secured a further 20m Pfizer doses and 10m of the Moderna vaccine, both due in Australia in the last quarter of this year.

The government has announced plans to set up facilities to make mRNA vaccines like Pfizer, but has warned it could be at least a year or more away before they are up and running.