A $9 billion oil pipeline that became a symbol of the rising political clout of climate change advocates and a flash point in US-Canada relations has been officially cancelled. 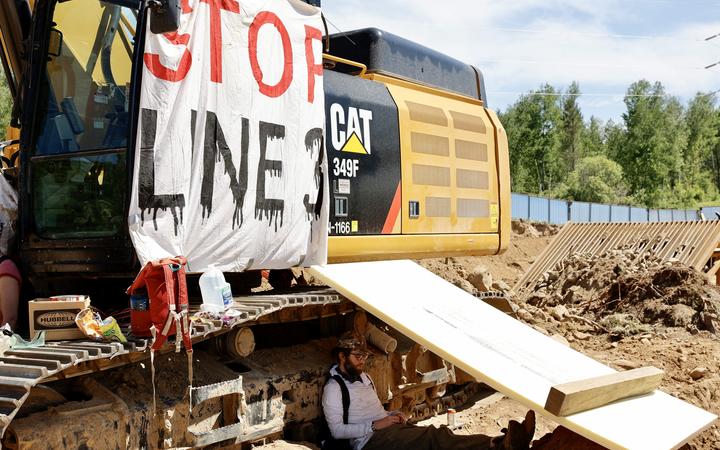 Keystone XL, which was proposed in 2008 to bring oil from Canada's Western tar sands to US refiners, was halted by owner TC Energy Corp after US President Joe Biden this year revoked a key permit needed for a US stretch of the 1200-mile project.

North American oil pipelines, including Dakota Access and Enbridge Line 3, have faced steady opposition from environmental groups, which are concerned about spills and want to slow any expansion of oil production.

"This is a landmark moment in the fight against the climate crisis," said Jared Margolis, a senior attorney at the Center for Biological Diversity.

"We're hopeful that the Biden administration will continue to shift this country in the right direction by opposing fossil fuel projects."

The Keystone XL pipeline was expected to carry 830,000 barrels per day of Alberta oil sands crude to Nebraska, but the project was delayed for the past 12 years due to opposition from US landowners, Native American tribes and environmentalists.

TC Energy said it would continue to coordinate with regulators, stakeholders and Indigenous groups to meet its environmental and regulatory commitments and ensure a safe termination of and exit from the project.

"We remain disappointed and frustrated with the circumstances surrounding the Keystone XL project, including the cancellation of the presidential permit for the pipeline's border crossing," Alberta Premier Jason Kenney said in a statement.

The company swung to a loss in the first quarter, hit by $C2.2 billion ($NZ2.5m) impairment charges related to the suspension of the Keystone XL project.