US President Joe Biden is set to ban Americans from investing in dozens of Chinese tech and defence firms with alleged military ties. 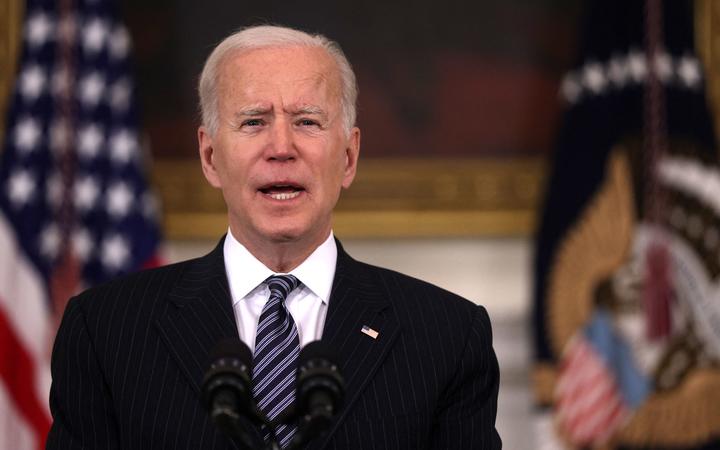 The new executive order will come into effect on 2 August, hitting 59 firms including communications giant Huawei. The list of firms will be updated on a rolling basis.

Even before the official announcement, China suggested it would retaliate.

Under the new order, US investors will be banned from buying or selling publicly-traded securities for other companies including the China General Nuclear Power Corporation, China Mobile Limited and Costar Group.

It expands the previous list from 31 firms to include surveillance companies and is aimed at ensuring "US persons are not financing the military industrial complex of the People's Republic of China," one White House official said.

"The prohibitions are intentionally targeted and scoped to maximise the impact on the targets while minimising harm to global markets," the official added.

Huawei recently said that sanctions imposed on it by the US in 2019 have had a major impact on its mobile phone business.

The US took action amid claims that the company posed a security risk and last July, and the UK said it would exclude the company from building its 5G network.

The new list of companies barred from US investment will update one from the Department of Defense.

"We fully expect that in the months ahead... we'll be adding additional companies to the new executive order's restrictions," the White House said.

It comes as the surveillance of citizens, including Uyghurs in the Xinjiang region in particular, has come under scrutiny.

The Biden administration has also accused China of acting more aggressively abroad and more repressively at home.The China-US relationship is crucial to both sides and the wider world, with Beijing repeatedly calling on the new administration in Washington to improve relations which deteriorated under predecessor Donald Trump.

President Biden has insisted, however, that existing tariffs will be kept in place for now as he looks to boost the US economy, which was hit hard early in the pandemic but is now recovering.