The number of people who have died worldwide in the Covid-19 pandemic has surpassed three million, according to Johns Hopkins University. 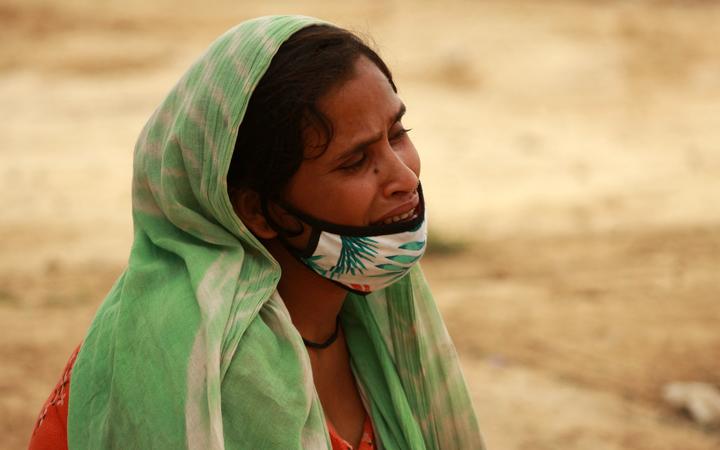 A woman mourns the death of a family member from Covid-19, during a service in New Delhi. Photo: AFP

The milestone comes the day after the head of the World Health Organisation (WHO) warned the world was "approaching the highest rate of infection" so far.

Almost 140 million cases have been recorded since the pandemic began.

WHO chief Dr Tedros Adhanom Ghebreyesus warned on Friday that "cases and deaths are continuing to increase at worrying rates".

He added that "globally, the number of new cases per week has nearly doubled over the past two months".

The US, India and Brazil - the countries with the most recorded infections - have accounted for more than a million deaths between them, according to Johns Hopkins University.

Last week saw an average of 12,000 deaths a day reported around the world, according to news agency AFP.

However, official figures worldwide may not fully reflect the true number in many countries.

Up until a few weeks ago, India appeared to have the pandemic relatively under control. Cases had been below 20,000 a day for much of January and February - a low figure in a country of more than a 1.3 billion people.

But then infections began to rise rapidly. Saturday saw a record set for the third day in a row, with more than 234,000 cases reported. 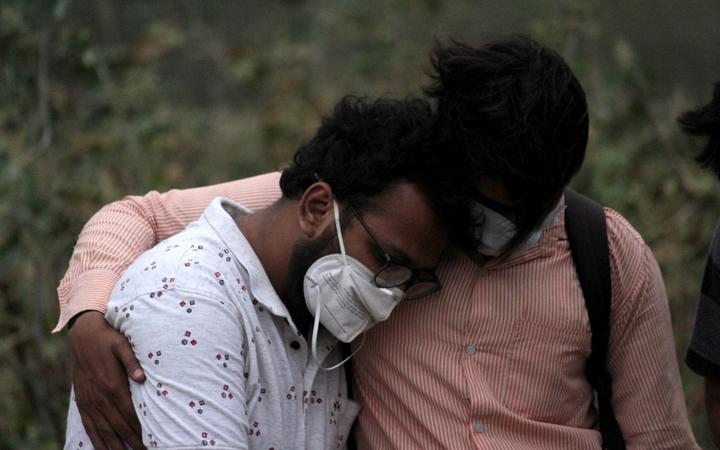 A man in New Delhi is consoled by a relative after the death of his father from Covid-19. Photo: AFP

Hospitals are running low on beds and oxygen. Sick people are being turned away, and some families are turning to the black market to get the drugs they need. A BBC investigation found medication being offered at five times the official price.

The capital, Delhi, has gone into lockdown over the weekend, with restrictions put in place in several other states, as officials try to stem the tide.

All eyes are now on the Kumbh Mela festival, which has continued despite fears the millions of Hindu devotees who attend each year could bring the virus home with them. Some 1600 people tested positive this week at the gathering in the northern state of Uttrakhand, with pictures showing thousands gathered closely together along the banks of the Ganges river.

It has led Prime Minister Narendra Modi to plead with people to refrain from gathering. 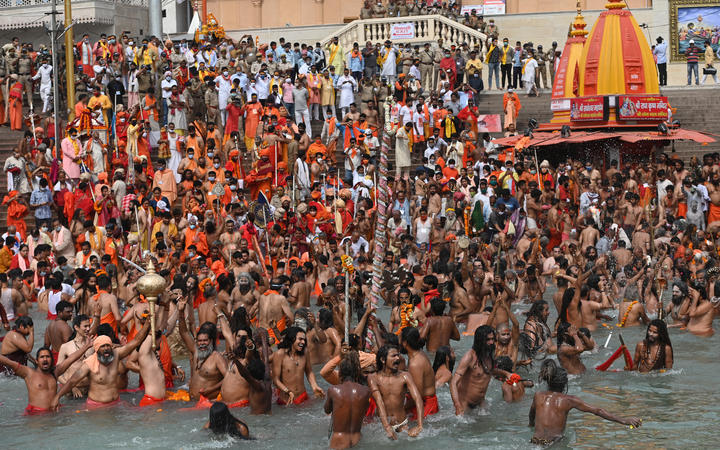 Hindu holy men take a holy dip in the waters of the Ganges River on the day of Shahi Snan (royal bath) during the ongoing religious Kumbh Mela festival, in Haridwar. Photo: AFP

Where else are cases rising?

On Friday, the health ministry announced more than 85,000 new cases over the previous 24 hours and 3305 deaths. 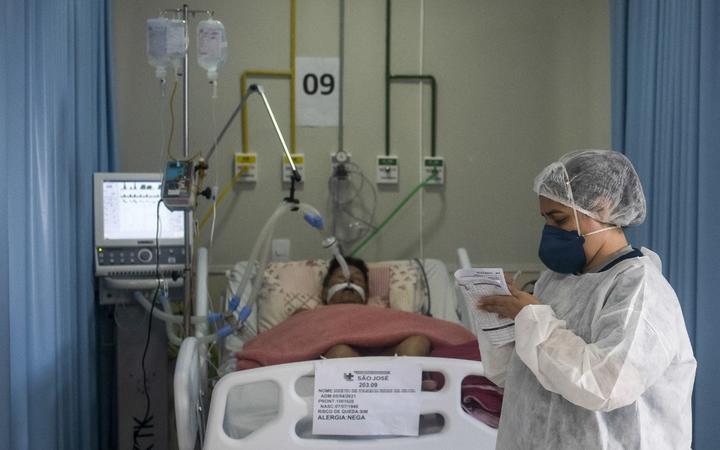 A nurse cares for a patient with Covid-19 in the intensive care unit of the Municipal Hospital Sao Jose, in Duque de Caxias, Rio De Janeiro. Photo: AFP

Canada has also reported a recent rise, registering more cases per million than the US over the last week - the first time this has happened since the pandemic began.

Papua New Guinea has also been highlighted as a cause for concern. Dr Tedros noted "the potential for a much larger epidemic" in the Pacific nation following a sharp increase in cases.

He added that the country - which has received 140,000 vaccine doses through Australia and the Covax scheme - is a "perfect example of why vaccine equity is so important".

How is vaccination going globally?

More than 860 million doses of coronavirus vaccines have been administered, in 165 countries worldwide.

However, Dr Tedros told UN officials on Friday: "Vaccine equity is the challenge of our time - and we are failing."

Some countries have secured and delivered doses to a large proportion of their population. 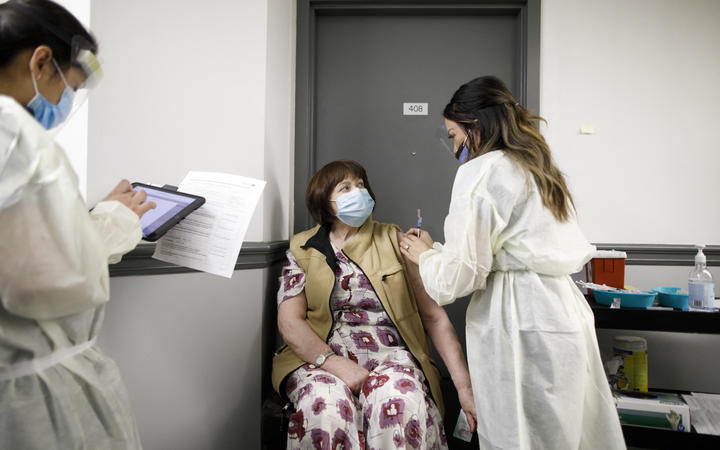 A nurse gives a Covid-19 vaccine to a resident at Humber River Hospital in Toronto. Photo: AFP

Those with high vaccinations rates, such as the UK and Israel, have seen their numbers of new infections drop sharply. Scientists at Imperial College London say the UK's vaccine rollout could be "breaking the link" between infections, deaths and hospital admissions.

A leading Israeli doctor said this week he believed Israel - where more than half the population has been vaccinated - may be close to reaching "herd immunity".

While Israel has distributed 119 doses per 100 people, just 2.81 doses per 100 have been given in the Palestinian territories, recent data from Our World in Data at Oxford University showed.

But many more countries are still waiting for their first shipments to arrive.

That is leading to warnings about growing "vaccine inequity" - vaccines not being being shared fairly between rich and poorer countries.

Dr Tedros pointed out that in high-income countries, one in four people have received a vaccine, compared with only one in 400 in poorer countries.

The WHO is working on a global scheme, Covax, to get rich countries to share their supplies with lower income countries. Covax plans to deliver about two billion vaccine doses globally by the end of the year, but many vaccines require two doses per person.