That is despite several European countries and Australia limiting its use because of safety concerns.

In Australia, the Pfizer vaccine is now the preferred option for people under 50, Britain is offering an alternative for those under 30, while France and Belgium recommend AstraZeneca be given to those 55 and over.

European regulators said earlier this month they had found a possible link between AstraZeneca's Covid-19 vaccine and a rare blood clotting problem that led to a small number of deaths.

Several Pacific island countries are only offering the AstraZeneca jab and have been supplied this by the Covax facility - an international health grouping set up to ensure equitable distribution of vaccines. 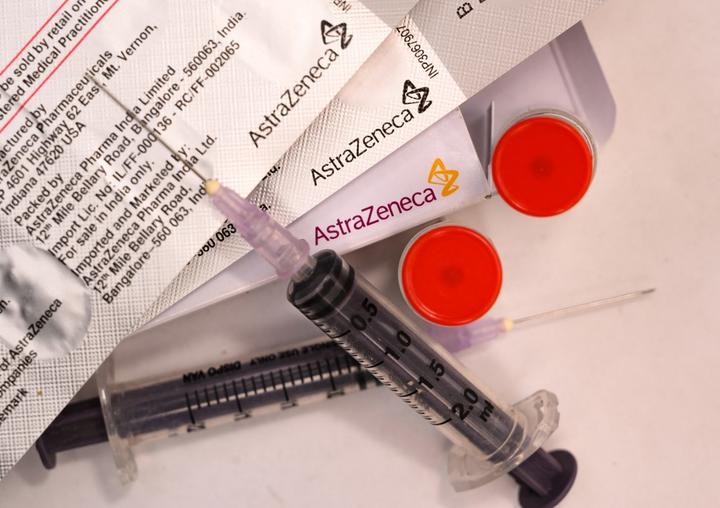 The countries' vaccination campaigns are gathering pace including in Fiji, where hundreds of thousands in the tourism dependent country are out of work because of Covid-19.

Musician and entrepreneur Apakuki Nalawa, 32, went to the Vodafone Arena on the outskirts of Suva for his jab and said he wanted to see borders open and his livelihood back.

"I couldn't wait to get it because I know that we've all been shook by this whole pandemic and I think it's time for everyone just to move forward and get the vaccine and hopefully get the next shot in a few months and get things rolling," he said.

Any hesitancy around getting a jab against Covid-19 is easing off as more get vaccinated, health authorities have told Fiji media, and the government is opening up the vaccinations to more people, according to RNZ Pacific correspondent in Suva, Lice Movono.

"They have a lot of AstraZeneca that's coming out of the Covax facility and they do need to finish their stocks very quickly because the expiration date on these stocks is very near," she said.

Tonga starts vaccinating around 2200 frontline workers with AstraZeneca on Thursday.

Matangi Tonga journalist Mary Fonua said Tonga did not have the luxury of choice when it came to vaccines.

"The alternatives require cold storage that we don't have - the alternatives are very hard to get - we'd be at the end of the queue and there's a lot of other reasons, so Tonga hasn't jumped into this.

"They've been looking at this for months and we're finally very pleased that there is some vaccine coming through."

Next week, Solomon Islands plans to begin its rollout of AstraZeneca vaccinations for 17,000 people considered at risk as they live along the border with Papua New Guinea, which has a serious outbreak of Covid-19.

Health teams are already in Western and Choiseul provinces preparing to deliver the vaccine, according to a senior advisor to the health ministry there, Dr Yogesh Choudhri.

He said people were being given extra information and monitoring would be strengthened, in light of the very rare blood clotting reports.

"Overall the risk is extremely low," he told RNZ Pacific.

"Our stance right now is to continue with the vaccination. If the WHO issues a statement it cannot be used in a certain age group then of course we have an issue because all of our frontliners would be young people ... we (couldn't) immunise them with AstraZeneca so we would have to look for alternatives."

Health authorities had vaccinated just over 3000 frontline and essential workers and other vulnerable people in the capital, Honiara, by Monday night.

The World Health Organisation said countries should continue to vaccinate with the AstraZeneca vaccine, which has saved millions of lives and prevented serious illness.

The benefits outweigh the very rare potential risks, it told RNZ Pacific in a statement.

"The cases of blood clots with low platelets are all being investigated thoroughly. WHO will continue to inform the public, transparently and in a timely way, about any change in the assessment of risk of any vaccine or a change in our recommendation for their use. WHO works very closely with the governments in the Pacific to provide technical support. It is also important to note that health workers will continue to monitor experience, safety issues and impact of the vaccination programme in the Pacific."

New Zealand's health authorities are still assessing the AstraZeneca vaccine for use in Pacific island countries.

The government announced at the end of last year it had earmarked US$53 million to support its Pacific partners with a portfolio of vaccines.

A ministry of health spokesperson said in a statement that New Zealand is supporting Cook Islands, Niue, Tokelau, Samoa, Tonga and Tuvalu to make informed decisions on which vaccines they opt for.

"New Zealand is purchasing enough vaccines across the portfolio for the populations of New Zealand, the Realm (Cook Islands, Niue and Tokelau) and Samoa, Tonga and Tuvalu," the statement said.

"Ultimately, it is up to the countries to decide what vaccine they want and the support they require to roll-out their vaccination campaigns."

Vaccines must have been approved for use by Medsafe before they will be offered to the Pacific countries and so far the regulator has only granted provisional consent for the Pfizer/BioNTech vaccine, the ministry said.