Russia on Friday asked 10 US diplomats to leave the country in retaliation for Washington's expulsion of the same number of Russian diplomats over alleged malign activity and also suggested that the US ambassador return home for consultations. 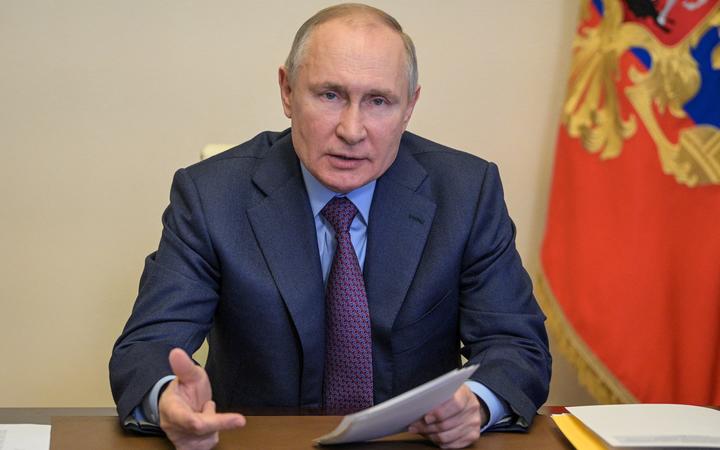 Russian President Vladimir Putin has approved a package of measures against the US. Photo: AFP

The measures, part of a broader retaliatory package, were approved by President Vladimir Putin, as a response to an array of US government sanctions imposed on Moscow a day earlier, including curbs to its sovereign debt market.

Though Moscow responded swiftly and with measures designed to hurt US interests and shrink its diplomatic footprint, it left the door open for dialogue and did not kill off the idea, proposed by President Joe Biden, of a Putin-Biden summit.

"Now is the time for the United States to demonstrate good sense and to turn its back on a confrontational course," the Russian foreign ministry said in a statement.

"Otherwise, an array of painful decisions for the American side will be implemented."

It said it had options to hurt the United States economically and to shrink its diplomatic corps in Russia to just 300 people, but was holding fire for now.

The White House did not immediately respond to a request for comment on Russia's response.

Russia-US ties slumped to a new post-Cold War low last month after Biden said he thought Putin was a "killer" and Moscow recalled its ambassador to Washington for consultations. The envoy has still not returned almost a month later.

The Russian foreign ministry said the US ambassador to Russia, John Sullivan, should return home for consultations too.

Washington said its own sanctions were pay back for Russia interfering in last year's US election, cyber hacking, bullying Ukraine and other alleged malign actions.

Russia denies all the US allegations.

It expelled 10 US diplomats and banned eight high-ranking current and former US officials from entering Russia for their contribution to what it called Washington's "anti-Russian course". 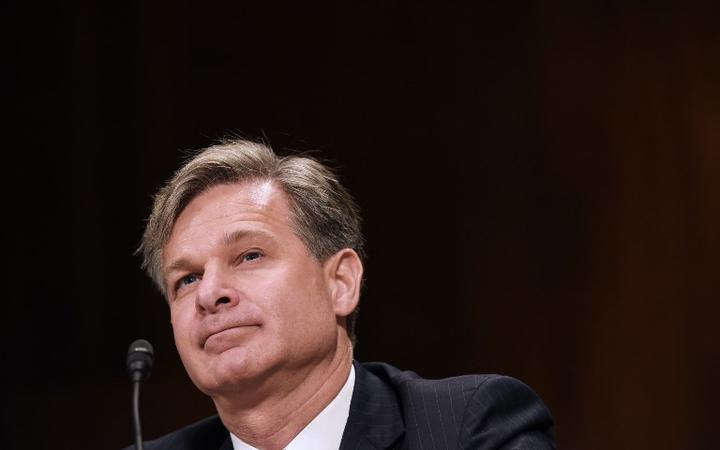 FBI director Christopher Wray is among those no longer welcome in Moscow. Photo: AFP

Others to face an entry ban were director of the Federal Bureau of Prisons Michael Carvajal, director of the Domestic Policy Council Susan Rice, John Bolton, the former US National Security advisor, and ex-CIA head Robert James Woolsey.

The Russian foreign ministry said it would also end the activity in Russia of US funds and NGOs which it believes interfere in the country's internal affairs, while Foreign Minister Sergei Lavrov spoke of potential "painful" measures aimed at US business in Russia.

Other measures were designed to make it harder for the US embassy to staff itself.

Biden, after imposing sanctions on Moscow, had called for a de-escalation in tensions and had said it was vital the White House and Kremlin kept communication lines open. 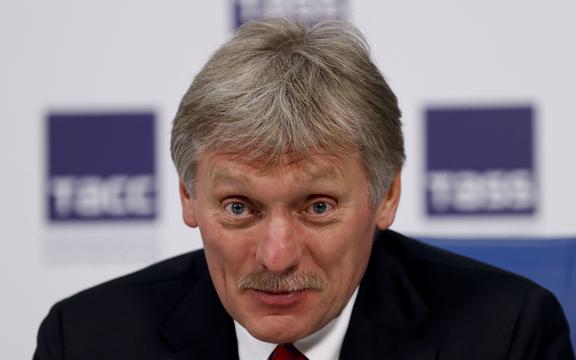 He has also proposed that he and Putin meet for a summit.

"(Putin) has repeatedly said we're ready to develop dialogue as much as our counterparts are ready to do so. In this sense it is probably positive that the views of the two heads of state coincide," Dmitry Peskov, Putin's spokesman, told reporters before the Russian counter sanctions were unveiled.

"Their views categorically do not coincide when it comes to creating mutually beneficial relations and taking each other's interests into account," Peskov added, however.

The foreign ministry said Biden's Putin summit proposal had been initially well received, but was now being studied in the context of unfolding events.

"We would like to avoid a further escalation with the United States. We are ready for calm and professional dialogue," the ministry said.

"However the reality is that we hear one thing from Washington and in practice we see something completely different. There should be no doubt - not a single sanctions 'wave' will remain unpunished."

The Kremlin said Putin has yet to decide whether he will take part in a US-led climate summit next week.

It has also said that it would be hard to quickly organise a Putin-Biden summit.